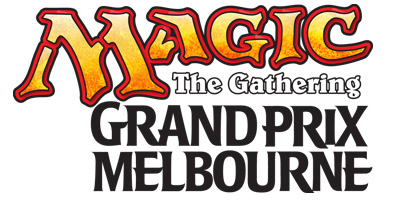 Grand Prix Melbourne is the second of the 2012 APAC Grand Prix and Australia’s ‘Sporting Capital’ is set to put on a show. The 2010 Grand Prix in Sydney stole the crown for biggest Australian Grand Prix and you just know the Melbournians will have something to say about that! After last year’s visit to the Constructed Realm, Limited roars back Down Under with Innistrad Sealed and Booster Draft. With a $30,000 purse and four Pro Tour invites up for grabs you can be sure that competition will be fierce and with the best judges around keeping it fair, it’s going to be a fun time to be playing Magic. Running right alongside the Grand Prix is a huge public events schedule—there really is something for everyone at Grand Prix Melbourne! Be part of history—we’ll see you there.

The main tournament at Grand Prix Melbourne is open to Magic players of all ages.

Players must have a signed Indemnity and publicity waiver to participate in this event. Minors must have a parent or guardian’s signature on this form. Waivers will be collected during registration.

Tournament Officials
The head judge for Grand Prix Melbourne is Nathan Brewer, the scorekeeper is Mark Brown, and the tournament manager is Robert Teirney.

In addition to the main event at Grand Prix Melbourne, the weekend offers an exciting program of other events that will appeal to players of all levels. Whether you are a Level 1 Prodigy or a Level 50 Archmage, you are sure to find an event to test your skills and fire your imagination. And if you have a friend who doesn’t play—bring them along, grab a sample deck and teach them the basics of the game. A full schedule of public events is available at www.mtgmelb.com.

All Public Events at Grand Prix Melbourne except casual non-rated events will have a Planeswalker Points multiplier of 3x. 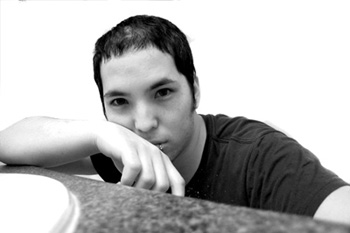 We are delighted to announce that Daarken will be attending Grand Prix Melbourne. Daarken came into being in a dark, dank basement under the stairs of an abandoned barber college located in the heart of the tenderloin of San Francisco. Occasionally he emerged from his cave to attend classes at the Academy of Art University. His bright, white skin glistened in the sun as he moved from building to building with sketchbook in hand. After graduating in 2004 he spent three long years honing his skill (a.k.a. playing video games) as a freelance artist before moving to Virginia to work for EA Mythic as a concept artist for the video game Warhammer Online: Age of Reckoning. To this day Daarken still plays video games, and stuff.

Getting to Melbourne
Flying is the most convenient mode of transportation for most visitors traveling to Melbourne but this majestic city is accessible by train bus or ferry from most anywhere. Internationally, more than 20 international airlines serve Melbourne’s International Airport which is conveniently situated about 30 minutes from the heart of Melbourne.

Getting to the venue
Melbourne Olympic Park Function Centre is located 15 minutes from the heart of Melbourne, and is part of the complex that hosts the Australian Tennis Open each year. In the shadows of our Cathedral to sport—the world-renowned MCG—the Function Centre has its own tram stop. Other transport options include driving, walking, cycling, city buses and taxis. More information about parking and getting to the venue and surrounding area can be found here.

Tournament Organizer: Wizards of the Coast
Email: robert.teirney@ap.hasbro.com
Phone: +612 9804 4122
Public events manager: Russell Alphey | Ralphey@MtGMelb.com
For up to the minute information on this event, ‘friend’ us on our local Facebook page.