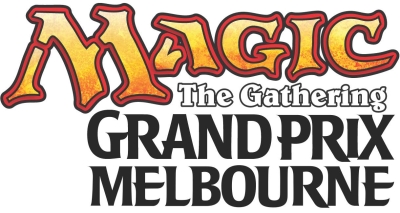 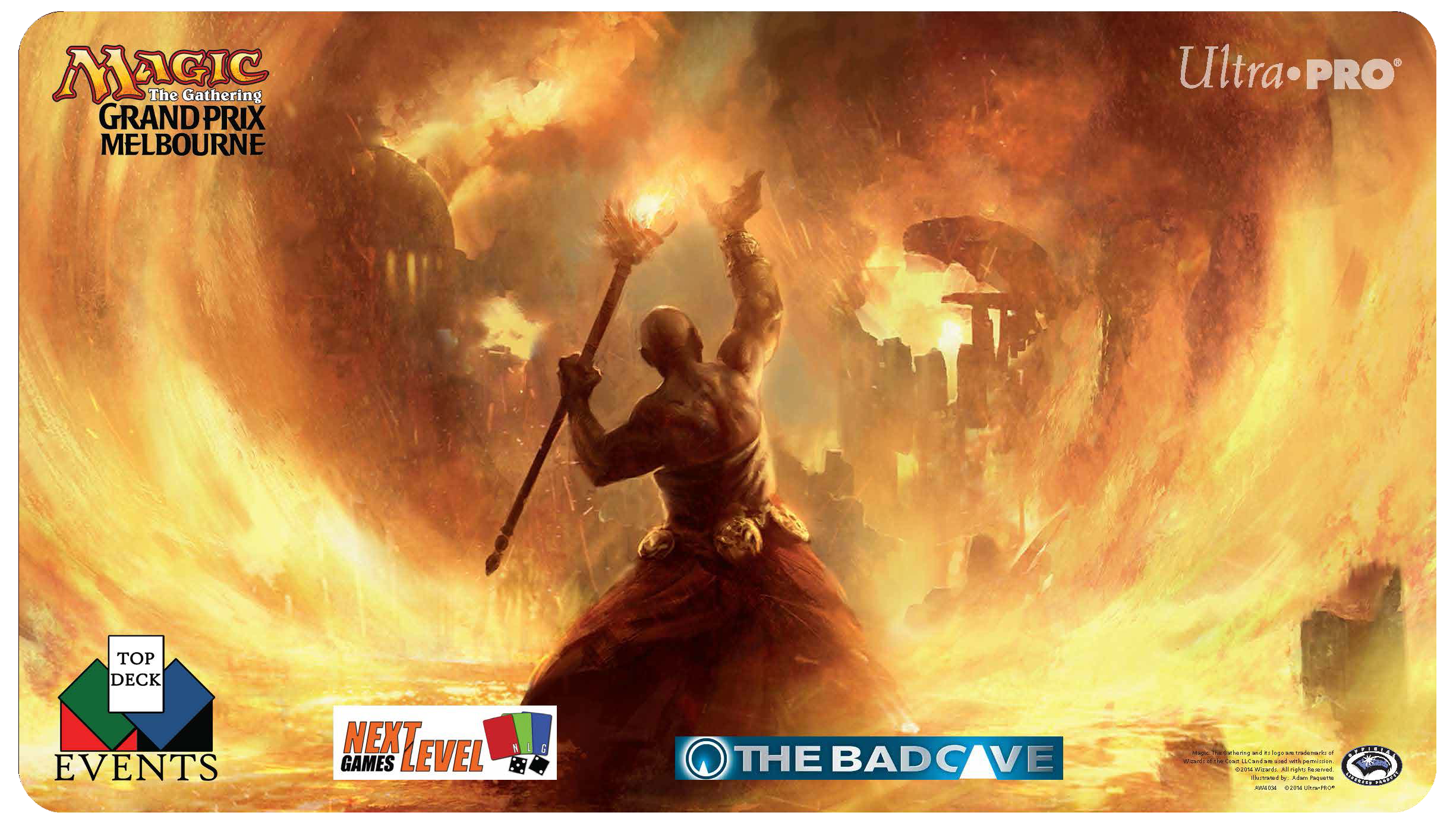 The first 350 players registered or checked in (if preregistered) will receive an exclusive Grand Prix Melbourne playmat featuring art from Fated Conflagration by Adam Paquette.

Australia's sporting capital Melbourne is excited to host the first Australian Grand Prix in the 2014 season. Grand Prix Brisbane has the crown for largest constructed event in Australia, what will Melbourne be able to deliver?

The format of the main event is Standard, and with an enormous side event program, this will be a GP weekend not to be missed. The main event features $35,000 USD in prize money and Pro Tour invites, while the side events schedule is packed with something for everyone. Grand Prix Melbourne also features the launch of the Australian Super Star! This is a special series of event for Eternal players—there is one Eternal event each day, and the person who amasses the most points at the end of the weekend takes out the title and the trophy.

Artists Adam Paquette and Chris Rahn will be gracing us with their presence signing cards. Five amazing vendors from all over Australia will be on site to buy, sell and trade cards with you. There really is something for everyone at Grand Prix Melbourne! Be part of history—we'll see you there.

The first 350 players registered or checked in (if preregistered) on the Friday will receive a Grand Prix Melbourne playmat.

The main tournament at Grand Prix Melbourne is open to Magic players of all ages.

Judges
The Head Judge of this event is Chris Richter (Level 4), and he will be flanked by an all-star cast of great judges. For more information about judging, please click here.

Along with the main event, there are additional side-event tournaments to play in at a Grand Prix. Listed below are the side events offered at all Grand Prix on Friday, Saturday, and Sunday. Additional events and a full schedule can be found on the www.topdeckevents.com website. All side events will have a Planeswalker Points multiplier of 3x.

Chris Rahn is coming over from the United States to sign cards and meet fans. Whether you play Vintage, Modern, or Standard, you can be sure there will be at least one card by Chris in your collection begging for a signature.

Adam Paquette, a local Australian artist, has many cards already in Magic and stay tuned to see a few more in Born of the Gods!

Grand Prix Melbourne will have five super vendors that will love to trade, sell, and buy cards all weekend long.

Grand Prix Melbourne will also have its own player café set up out front of the venue, open from early in the day for all of your needs.

Getting to Melbourne
Flying is the most convenient mode of transportation for most visitors traveling to Melbourne but this majestic city is accessible by train, bus, or ferry from most anywhere. Internationally, more than 20 international airlines serve Melbourne's International Airport which is conveniently situated about 30 minutes from the heart of Melbourne.

Getting to the venue
Melbourne Olympic Park Function Centre is located 10 minutes from the heart of Melbourne, and is part of the complex that hosts the Australian Tennis Open each year. In the shadows of our Cathedral to sport—the world-renowned MCG—the Function Centre has its own tram stop. Other transport options include driving, walking, cycling, city buses and taxis. More information about parking and getting to the venue and surrounding area can be found here.