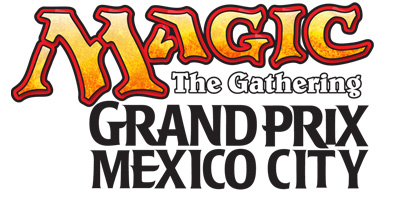 It's been seven years, but the Grand Prix circuit is finally returning to Mexico City, one of the biggest cities in the world! The Grand Prix is a great opportunity to play against the top competition in the area and pick up Planeswalker Points, as the main event has an 8x multiplier of 8x and side-event PWP multipliers of 3x!

The main tournament at Grand Prix Mexico City is open to Magic players of all ages.

You can view information about public events here.

All Public Events at Grand Prix Mexico City will have a Planeswalker Points multiplier of 3x.

We are excited to announce that rk post will be in attendance at Grand Prix Mexico City.

Expo Reforma is located 30 minutes from “Benito Juarez” Airport and 5 minutes from Mexico City Historical Center; there are many historical buildings, monuments and archeological ruins like “Templo Mayor”.

From the airport the easiest way to get there is taking yellow cab, tickets are sold inside the airport. The official rate should be something like $20 USD.

You can check a map of the area, and venue location here.