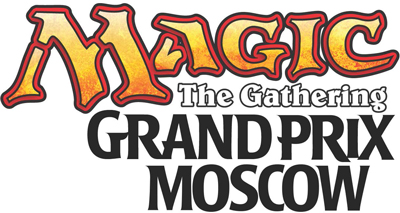 The Russian capital Moscow has become a modern metropolis and one of the world's business and scientific centers. It is home to more than 10 million people, covers more than 1,000 square kilometers, and receives more than 4 million tourists a year. It hosts offices of the world's biggest companies and banks in a financial center and has an industrial center with aerospace factories and high-tech business.

Combine your trip to Grand Prix Moscow with a visit to Red Square, a tour of The Kremlin, or any of the many other attractions in this fantastic city.

The main tournament at Grand Prix Moscow is open to Magic players of all ages.

Judges
The head judge for Grand Prix Moscow is Chris Richter (Level 4, USA). Regional Coordinator is Eugene Bazhenov. Judges interesting in applying for this event may do so through the Magic judge website.

NOTE:
Grand Prix Moscow is the first Grand Prix to take place in Season 3 of the 2014 Competitive Year. As a result, Competitive Point totals from events that took place in Season 1, 2014 (December 2, 2013 – March 9, 2014), will not count toward byes for the tournament. For details on point totals, seasons, and byes, please refer to the Planeswalker Points site.

Along with the main event, there are additional side-event tournaments to play in at a Grand Prix. Listed below are the side events offered at all Grand Prix on Friday, Saturday, and Sunday. All side events (except casual events) will have a Planeswalker Points multiplier of 3x. More information about side events can be found at tournamentcenter.eu.

There will be no artists at Grand Prix Moscow.