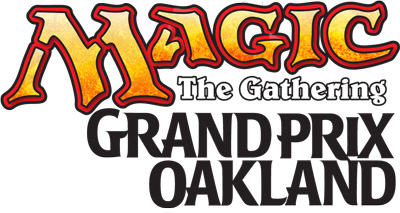 A short trip across the bay from San Francisco and the hometown of Pro Tour champion Luis Scott-Vargas, Oakland plays host to its third Grand Prix. The weekend will feature special events for every kind of Magic competitor—from the casual player to the top-level professional. In addition, three Magic artists and a dozen of the largest vendors from around the country will be on hand to fill your every Magic need!

Never experienced a Grand Prix? No problem! There will be a free instructional seminar Friday afternoon with Team ChannelFireball members LSV and Ben Stark to prepare you for the main event. Team members will also be gunslinging Magic 2014 Sealed Deck throughout the weekend to help you hone your skills. All this and more will make Oakland the perfect event to experience your first Grand Prix!

The main tournament at Grand Prix Oakland is open to Magic players of all ages.

Judges
The head judges for this event will be Chris Richter and Jared Sylva. If you are interested in judging at this event, please apply here.

Along with the main event, there are additional side-event tournaments to play in at a Grand Prix. Listed below are the side events offered at all Grand Prix on Friday, Saturday, and Sunday. Additional events and a full schedule can be found on the ChannelFireball. All side events will have a Planeswalker Points multiplier of 3x.

Magic artists Chris Rahn and Tyler Jacobson are confirmed for Grand Prix Oakland. More artists will be added to this page as they are confirmed. Artists will be on site to sign your cards and will have prints and original art available for sale.