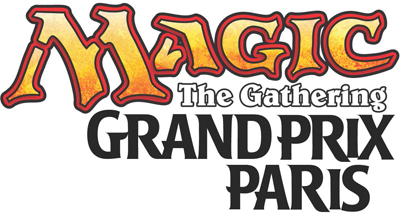 Welcome to Grand Prix Paris! Bazaar of Moxen is proud to welcome you to the first major Legacy event of the year in one of the most beautiful cities in the world. The venue can comfortably welcome 2,000 players and is located in La Plaine Saint-Denis, just one metro stop outside Paris itself. Door to door, you're in Paris in 5 minutes and in its heart in a mere 15 minutes.

We strongly encourage you to register online prior to the event on www.bazaar-of-moxen.com. On top of securing your seat, this will also allow you to save on the entry fee.

If you do not play Legacy, we'll offer you awesome Sealed Deck, Modern and even Duel Commander events. Even if you can't participate in the Grand Prix, you will find an event that fits you. We will be open from 10:00 on Friday morning to 22:00 on Sunday evening. Yes, this means we'll be open all night long with feature night events like Zendikar, Onslaught and Ravnica: City of Guilds Sealed Deck events.

We are delighted to announce that Rob Alexander, the illustrator of half of the original dual lands, will be crossing the ocean to enlighten the Grand Prix with his presence. Check out our VIP package if you would like exclusive access to our VIP Artist Session.

Registration to the Grand Prix main event closes Friday night. There will be no Saturday registration.
The main tournament at Grand Prix Paris is open to Magic players of all ages.

Judges
The Head Judge for Grand Prix Paris will be Riccardo Tessitori, a Level 5 judge from Italy.

Along with the main event, there are additional side-event tournaments to play in at a Grand Prix. Listed below are the side events offered at all Grand Prix on Friday, Saturday, and Sunday. Grand Prix Paris Side Events will be running all day and night long. Check out our full Side Events schedule on www.bazaar-of-moxen.com.

Rob Alexander is an illustrator and conceptual artist working in the publishing, magazine, computer gaming, and collectable card game markets. He paints fine art, fantasy, science fiction, children's illustrations, and contemporary landscapes. He has received numerous awards, had his work featured in several editions of the Spectrum Annual, and exhibited at the Society of Illustrators in NY, the Greisinger Lord of the Rings Museum and many international events. He is most known for his work over the past 20 years with Magic: The Gathering.

We are still working on having other artists attend. Please come back regularly to see who else will be joining!

All details on how to reach the venue can be found on www.bazaar-of-moxen.com.