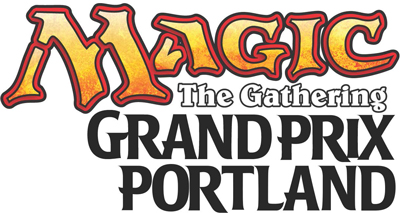 Registration: $40 per player, 3-person team
Register online until 8:00 p.m. On August 8.
There will be no on-site registration on Saturday.

Magic at Grand Prix Portland starts on Thursday August 7th. Grand Prix Portland features so much Magic that we had to add an extra day. The weekend kicks off Thursday and Friday with a Free Mini Master event that leads into a complete Side Events schedule. Over the four days we have 65 scheduled events, 30 of which are constructed. Pay once and play in all of the weekend's scheduled constructed events with our new "Infinite Magic" system!.

All side events will offer an option to pick your own prize from the Prize Wall. Check out www.gppdx.com for more details.

Registration to the Grand Prix main event closes Friday night at 8:00 p.m. There will be no Saturday registration.

The main tournament at Grand Prix Portland is open to Magic players of all ages.

Judges
If you are interested in volunteering for Grand Prix Portland, please apply using the Judge Center.

Players are responsible for bringing their own method of tracking life totals, card sleeves and appropriate counters or tokens.

Along with the main event, there are additional side-event tournaments to play in at a Grand Prix. Listed below are the side events offered at all Grand Prix on Friday, Saturday, and Sunday. Additional events and a full schedule can be found on the www.gppdx.com website. All side events (except casual events) will have a Planeswalker Points multiplier of 3x.

We are building an amazing Artists Alley, represented by artists that have contributed to over 1000 total cards.

Other Hall Attractions
Grand Prix Portland features Magic-focused Panels, Seminars, and other activities. Check out www.gppdx.com for all the details.

Hotel
We’ve secured a discounted room block at the Convention Center Red Lion. Located across the street from the Oregon Convention Center, the Red Lion offers a great rate and close proximity to the event, public transit, and food. This is the preferred place to stay when the Grand Prix comes to town! Book your room today! Click Here or visit www.redlion.com and use Group Code: CASC0801.

Driving Directions
The Oregon Convention Center is located off of Interstate-5 and Interstate-84. So whether you’re coming from San Diego, Vancouver BC, Salt Lake City, or anywhere in between, it’s a straight shot to this GP Weekend