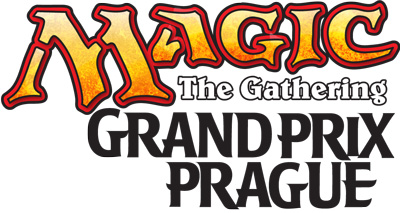 Online registration at www.tournamentcenter.eu until Thursday, August 29 at 22:00

Travel to beautiful Prague and take part in a weekend of serious Magic fun with a bunch of exciting things to do!

The main tournament at Grand Prix Prague is open to Magic players of all ages.

Judges
The Head Judges for Grand Prix Prague will be Carlos Ho and Jurgen Baert. The Regional Judge Coordinator is Sebastian Pekala. Judges interested in working at this event should submit an application through the Magic judge website .

Originally from Wisconsin, Jason was inspired by role-playing games, comics, and video games while growing up. After graduating from high school, he landed a freelance job creating vampire illustrations for White Wolf Games which lead to a fledgling artistic career in editorial print industry. Years progressed and Jason soon found his interest swayed towards crafting art for the film and video game industry. He uprooted himself and relocated to San Francisco in hopes of making this dream a reality.

Jason currently resides in San Francisco working as a professional artist in the entertainment industry for the past 17 years. He has worked for various clients such as EA, Blizzard Entertainment, Blur Studios, Lucas LTD, Hasbro, and many others. In addition, Jason is busy fostering future personal projects such as Salvaged: The Art of Jason Felix, Midwest Monsters, and Mail Order Monsters: Compendium 2012.

At the age of 28, Johann Bodin became a professional illustrator in 2005. He worked on many covers of science fiction and fantasy books for numerous French publishers. Since 2009, he has been illustrating cards for Magic: The Gathering. He also works for video games, press magazines, and he's frequently asked to develop the artwork for album covers and festival posters.

Arriving by Plane
Prague has its own International Airport (Vaclav Havel Airport Prague) 20 km away from the city centre. You can travel from the airport to the city centre by bus, airport express, shuttle or taxi.

Arriving by Train
There are train connections to Prague from Berlin (4.5 hours), Munich (6 hours) and Vienna (4.5 hours). All international trains arrive at Praha hlavni nadrazi (central station), which has a connection with metro line C.