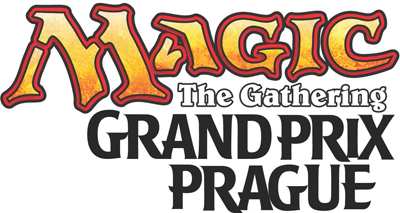 All registration closes at 22:00 on Friday, January 10th. There will be no Saturday registration for this event.

Travel to beautiful Prague and take part in a weekend of serious Magic fun with a bunch of exciting things to do!

Players registering by 5 p.m. on Friday for the main event (or those showing their pre-registration email before 5 p.m.) will receive the promotional playmat (while supplies last).

The main tournament at Grand Prix Prague is open to Magic players of all ages.

Judges
The Head Judge for this event will be Cristiana Dionisio. The Regional Judge Coordinator is Sebastian Pekala. Judges interested in working at this event should submit an application through the Magic judge website .

Come and meet top Magic: The Gathering artists during the Grand Prix. Jesper Ejsing will be attending Grand Prix Prague and will also be drawing the promotional playmat for the event! One additional artist will be announced soon.

Prague has its own International Airport (Vaclav Havel Airport Prague) 20 km away from the city centre. You can travel from the airport to the city centre by bus, airport express, shuttle or taxi.

There are train connections to Prague from Berlin (4.5 hours), Munich (6 hours) and Vienna (4.5 hours). All international trains arrive at Praha hlavni nadrazi (central station), which has a connection with metro line C.