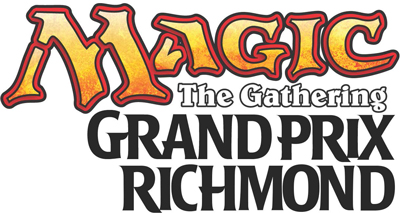 IMPORTANT NOTE ON ATTENDANCE CAP: As preregistration numbers approach record-setting levels, StarCityGames has announced its intent to cap attendance at Grand Prix Richmond at 5,000 players. Details regarding this decision are available on starcitygames.com. Players interested in attending this event are encouraged to read the article on starcitygames.com and preregister as soon as possible.

On March 7-9, StarCityGames.com proudly presents Grand Prix Richmond! Located at the intersections of I-95 and I-64, the city of Richmond is easily accessible from the entire East Coast. In addition, the Greater Richmond Convention Center is perfectly suited to accommodate the thousands of Magic: The Gathering fans predicted to descend upon Richmond for what is sure to be one of the biggest events of the year!

Everyone who preregisters for Grand Prix Richmond will be eligible to participate in a free Mini Master tournament to take place early Friday afternoon. All Grand Prix Richmond entrants will receive a free set of five exclusive Grand Prix Richmond tokens (while supplies last) featuring some of Magic: The Gathering's most popular personalities. You'll be able to get your tokens signed at a special Friday evening "Meet and Greet" session with all five featured personalities. Friday evening will also feature a free "Next Level Deck Building for Modern" instructional seminar and Q&A hosted by Patrick "The Innovator" Chapin to get you ready for the event.

If that's not enough, Sunday will feature two supersized Sunday Super Series events with incredible prizes! In order to celebrate StarCityGames.com's first Modern Grand Prix, Modern Masters booster packs will be awarded as bonus prizes in all side events all weekend long. Several top Magic card artists will be at the event to sign your cards, and more than a dozen of the world's premier vendors will be at the Grand Prix to fill your every Magic: The Gathering need. 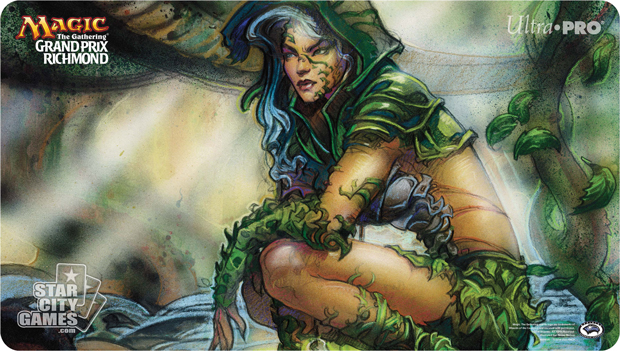 The main tournament at Grand Prix Richmond is open to Magic players of all ages.

Along with the main event, there are additional side-event tournaments to play in at a Grand Prix. Listed below are the side events offered at all Grand Prix on Friday, Saturday, and Sunday. Additional events and a full schedule can be found on the gprichmond.com website. All side events will have a Planeswalker Points multiplier of 3x.

Airport Information:
Richmond is served by Richmond International Airport (RIC) which is 15 minutes from the Convention Center by cab. The airport is served by AirTran, American, Delta, JetBlue, United and US Airways.

I-95 South/64 East Bound:
Exit I-95 to the exit #75 I-64 East/3rd Street. Bear right for 3rd Street. (Do not go straight on the junction, it will take you to I-64 East). Travel ahead to 3rd and Marshall streets. The Greater Richmond Center Parking Deck will be on the left.