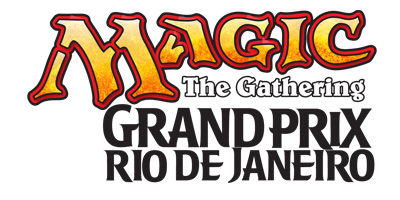 Who would miss the opportunity to visit the most beautiful city in Brazil and participate in one of the best Magic: The Gathering events of the year? The Grand Prix circuit visits Rio de Janeiro for the third time. The previous two Grand Prix were won by World Champions Jon Finkel (1998) and Carlos Romao (2001) — will you add your name to this illustrious list of winners?

A fabulous tourist destination and host of the 2016 Olympic Games, the city of Rio de Janeiro is being completely remodeled and modernized, including the venue for the Grand Prix. This historic city has some new places to show!

In addition to the main event, the side events of Grand Prix Rio de Janeiro will indeed become a landmark for its participants. With side event prizes including a wide range of Magic products, airplane tickets to other Grand Prix, Vintage cards and complete sets, the side event schedule will suit all tastes and players. If you're looking for some special treatment during the weekend, be sure to check out the Rarity Program. Let's Collect Brasil invites you to have a magical weekend at Grand Prix Rio de Janeiro!

The main tournament at Grand Prix Rio de Janeiro is open to Magic players of all ages.

Along with the main event, there are additional side-event tournaments to play in at a Grand Prix. Listed below are the side events offered at all Grand Prix on Friday, Saturday, and Sunday. Additional events and a full schedule can be found on the Let's Collect Brasil website. All side events (except the Last Chance Grand Prix Trials) will have a Planeswalker Points multiplier of 3x.

William Murai, Jason Felix and rk post will be in attendance at Grand Prix Rio de Janeiro during the weekend. Full artist schedule will be posted on site.

The Rarity Program offers players the option of making the weekend experience that much more special. Players can choose either the Uncommon level (for R$ 30,00) or the Rare level (for R$ 100.00). All costs are in addition to the main event registration fee.

Uncommon: Players will have access to the Sleep-in Special, a process which allows the player, if he or she has byes, to sign up on Friday, March 8 and not need to be on site until after their byes end. You must provide your decklist before the players meeting on Saturday morning. You may give your decklist to the event staff when you register or at any time on Friday, but once given it cannot be returned or changed.

Rare: In addition to the Sleep-in Special, players receive these benefits: