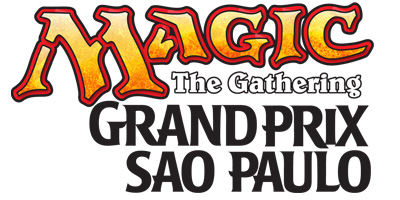 Back to Brazil, Grand Prix São Paulo brings you a new meaning of the concept of a weekend full of fun. Come to be part of the biggest event in Latin America and join the ranks of best players of the world for a huge Magic weekend.

Devir Livraria invites you to an unforgettable weekend in São Paulo!

The main tournament at Grand Prix São Paulo is open to Magic players of all ages.

Judges
The Grand Prix São Paulo Head Judge will be Damian Hiller from Argentina. The DCI Certified Judges interested to judge at GP São Paulo can send an application to henrique@devir.com.br. Send your name, DCI, country, DCI level and any other relevant information. Volunteers willing to help with the GP or interested to gain experience as judge and organizer can send the same info above to henrique@devir.com.br.

Raymond Swanland and rk post will be in attendance at Grand Prix São Paulo.