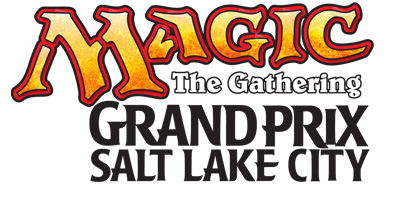 The main tournament at Grand Prix Salt Lake City is open to Magic players of all ages.

Judges and Admin Staff
Applications to Judge at Grand Prix Salt Lake City will be accepted on DCIFamily.org. If you have questions about judging, please contact eventstaffing@starcitygames.com.

Steve Argyle, rk post, and Jason Felix will be at the Grand Prix throughout the weekend. As the artist for some of the most iconic pieces in the current Magic: The Gathering universe, Steve Argyle has rapidly established himself as a fan favorite with cards such as Chandra Abalaze, Liliana of the Veil, and Admonition Angel. rk post is one of the royalty of Magic: The Gathering artists with a long history of producing striking images for tournament staple cards. His work adorns Avatar of Woe, Ichorid, Morphling, and Lightning Angel. Jason Felix brings a wonderfully twisted vision to his art for Lashwrithe, All is Dust, Ob Nixilis, the Fallen and many more!