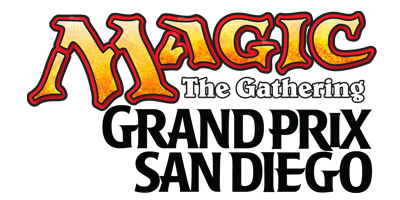 Become a master of Modern of the edge of San Diego Bay! Magic: The Gathering returns to San Diego's historic Gaslamp Quarter with the first Modern Grand Prix of 2013 in North America. This event is open to the public and allows casual and competitive players to participate in a large event celebrating Magic's newest constructed format. Planeswalker Point multipliers of 8x for the main event and 3x for all other events will pump your point totals like no other weekend.

Cascade Games, LLC, has special events planned all weekend to cater to every type of Magic enthusiast. National dealers will be on hand to sell you the sought-after cards you need to finish out your favorite decks. Acclaimed artists will also set up shop to meet their fans, sign cards, offer sketches and other exclusives. Whether you want to challenge hordes of other players for Grand Prix supremacy or just spend a relaxing weekend playing casually with other gamers, Grand Prix San Diego has something for you.

Pre-registration will be available for this event. A sleep-in special which allows players with byes sleep in and arrive late (for a fee) to the Grand Prix will also be available. Details on both options will be shared on the Cascade Games event page. Preregister for the main event in person on Friday from noon to 8 p.m. and get an exclusive Grand Prix San Diego playmat by Steve Argyle (while supplies last)!

The main tournament at Grand Prix San Diego is open to Magic players of all ages.