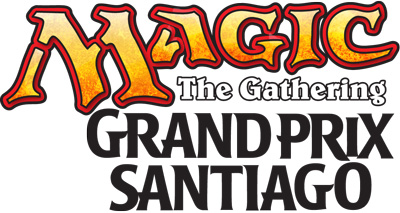 Welcome to Santiago, Chile's capital city and also its cultural, administrative, and business center. The city is proud to host a Magic: The Gathering Grand Prix for the third time in its history. Come to Santiago and take part in a weekend of serious Magic fun with a bunch of exciting things to do!

The city of Santiago has been recently elected as a one of the most fabulous tourist destinations to visit in South America. In recent years Santiago has remodeled and modernized, and has some new places to show off.

La Forja de Stone and its staff have planned an all-around weekend for everyone, starting with the main event. Also, artists will be signing cards, sketching, and showing some of their most recent and iconic pieces; national dealers will be on hand; and we have big side events, 8-person pick-up events, casual tournaments, great prizes, tons of players, all together in one great amazing weekend. There's also a great VIP program available at an additional cost that includes a Sleep-in Special, fixed seating, VIP lounge access, and much more. You can find all the info on the VIP program and side events at www.grandprixchile.com.

We invite you to have a magical weekend at Grand Prix Santiago!

The main tournament at Grand Prix Santiago is open to Magic players of all ages.

Judges
The Head Judge for Grand Prix Santiago will be Damián Hiller from Argentina. Volunteers willing to help with the Grand Prix Santiago event or interested in gaining experience as a judge and organizer can contact Judge Manager José Miguel Palma. Judges can also attend the Judge Conference to be held the day after the main event ends. More info at the Magic Judge Apps website.

Along with the main event, there are additional side-event tournaments to play in at a Grand Prix. Listed below are the side events offered at all Grand Prix on Friday, Saturday, and Sunday. Additional information can be found at www.grandprixchile.com. All side events will have a Planeswalker Points multiplier of 3x.

You can find all the travel information you'll need at www.grandprixchile.com.