Magic: The Gathering Grand Prix come back to China after six years. Don’t hesitate to take part in the exciting event and get a cool foil Maelstrom Pulse promo card. There are plenty of public events, artist session and other hall attractions for players of all interests and skill levels. Shanghai, a vigorous and energetic international metropolis, welcomes people from all over the world to enjoy its special atmosphere. This modern metropolis with its rich heritage of ancient Chinese culture offers half-understood, semi-mythical images and has much to see and do. Shanghai very well may be the most evocative city in all of China for an outsider to visit. 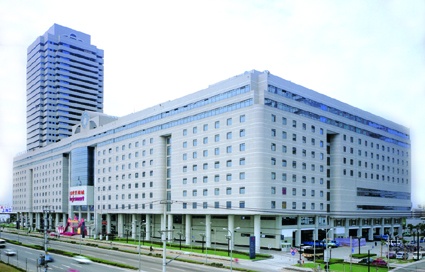 The main tournament at Grand Prix Shanghai is open to Magic players of all ages.

Izzy, along with Concept Art House artists Scott Chou, Austin Hsu, and Erica Yang, will be at Grand Prix Shanghai.

Lucky Draw
Each attendance of public events at Grand Prix Shanghai receives one raffle ticket for M2012 Foil Set. Lucky draw will be performed at 8:30 P.M. on Sunday, August 21st. Winner must be on site to receive the prize.

Bring your friends and you’ll also get cool prizes as soon as your friend finishes the quests.

Foreign visitors have to obtain an entry VISA before entering China. You may apply for the VISA in Consulate of P.R. China in your country. You may also contact your local travel agency for more details.

Shanghai serves as an important air, railway, road and water transport hub in eastern China. The frequent flights, trains and buses make tourists' travel to Shanghai a breeze. The convenient taxis, buses, subway trains etc. can take you to any corner of the city.

By Air
There are two International Airports in Shanghai: Hong Qiao (SHA) and Pu Dong (PVG). Most of international flights from nearly 200 cities all over the world are handled by Pu Dong International Airport. Both of these two airports have two Terminal Towers and enjoy convenient transportation links with the center of Shanghai.

Transportation to the venue 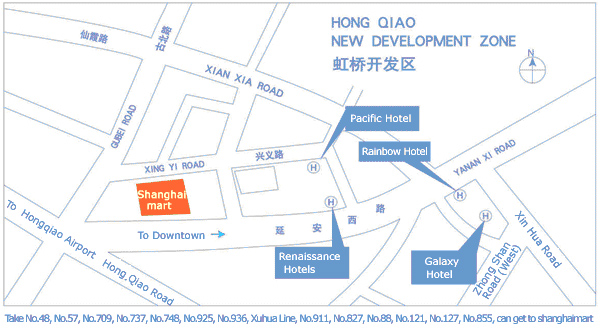 By Metro
Shanghai's eleven subway lines have connections all over the city, with stops at or nearby the main attractions and commercial areas. You may transfer between lines easily. If you avoid rush hours of 7:00 to 9:30 A.M. and 4:30 to 7:30 P.M., the subway will provide you with fast and comfortable service.

Metro Line 10 may take you to Shanghai Mart. Get off the train at Yi Li Road Station. Turn right after you get out of the station from Exit 4. After 5 minutes walk, you may see Shanghai Mart at your right side behind the elevated road.

Parking
Garage of Shanghai Mart is open 24 hours. Charge of parking is CNY 10 per hour.