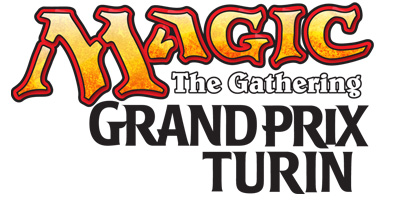 Travel to vibrant Turin and take part in a weekend of serious Magic fun with a bunch of exciting things to do! Join the fun in Public Events on Friday with Grand Prix Trials from 12.00h onwards. On Saturday morning, 8-player pick-up games are half price. We will also feature free casual Standard dueling, Booster Drafts, a Legacy and Vintage tournament and much more. Meet Magic artists Mark Tedin and Rob Alexander and get your cards signed or try out Duels of the Planeswalkers.

Whatever you want to do, Grand Prix Turin will be a weekend to remember!

The main tournament at Grand Prix Turin is open to Magic players of all ages.

Judges
The Head Judges for this tournament are Jurgen Baert and Jeff Morrow.

Public events at Grand Prix Turin are guaranteed to keep you busy over the course of the weekend! To tease your appetite for the main event, we're offering flights of Grand Prix Trial events on Friday, both in the Modern format and as Sealed Deck. Eight-person events will run throughout the weekend, including the Shock Dual Special. The two highlights of the weekend are without doubt the 1000€ Draft Championship and the 2500€ Legacy Championship on Sunday. If you're not looking for fierce competition, we'll be running 2HG and other casual events as well.

Mark Tedin and Rob Alexander will be in attendance at Grand Prix Turin.