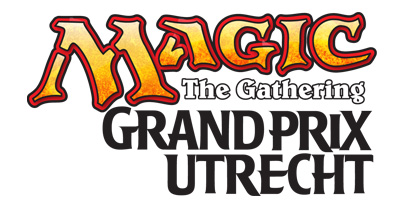 Utrecht, the 4th biggest city of The Netherlands, was once the capital of Kingdom Holland. It's currently the most booming city of the country. Utrecht is known as a student city with a large population of single young people. This results in a great nightlife with many places to dance, drink or eat.

Don't miss the Dom Tower, the highest church tower in the Netherlands, or relax in the cloister gardens next to it. Or perhaps you want to rent a canal bike and pedal your way around the canals? In the evening, you'd better go to the Oudegracht lower docks, to get a drink on one of the terraces.

Best of all, there are a large amount of stores (near the Oudegracht) that sell board games, card games, wargames, roleplaying games, fantasy and science-fiction books, etc.

The main tournament at Grand Prix Utrecht is open to Magic players of all ages.

The head judge for this event will be Kim Warren (Level 4, UK). Judges interested in working at this event should submit an application through the Judge Center.

Along with the main event, there are additional side-event tournaments to play in at a Grand Prix. Listed below are the side events offered at all Grand Prix on Friday, Saturday, and Sunday. All side events (except casual events) will have a Planeswalker Points multiplier of 3x. Detailed side event information can be found on tournamentcenter.eu.

The main feature of his style is a fairy-tale world filled with various characters, often grotesque in appearance, but which are painted in a realistic manner. The base of this whole approach is illustrated realistic painting, and various model, from the old masters of painting to the big stunning names of contemporary artwork and comics.

Arriving by Plane
Utrecht is located 25 minutes from Amsterdam-Schiphol Airport (www.schiphol.nl), and is connected to the airport by a rail line with trains running every 15 minutes.

Arriving by Train
Utrecht's major train station Utrecht Centraal (www.ns.nl), which has connections all over The Netherlands and beyond, is located right in front of the venue.