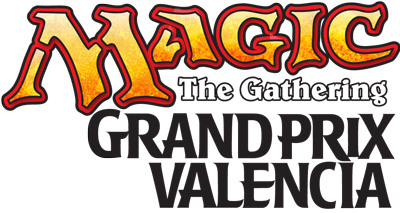 Valencia is one of the most exciting cities on the Mediterranean and an amazing backdrop for a Grand Prix. There are plenty of clubs and bars that you can visit should you want a break from flopping cards plus the Spanish climate, hospitality and, of course, food. But we hope that there will be enough inside the event hall to keep you entertained. Not only will you be able to win great prizes but you'll also have a chance to win a slot in the coveted Super Sunday Series.

The main tournament at Grand Prix Valencia is open to Magic players of all ages.

Judges
The Head Judges for Grand Prix are Cristiana Dionisio and Jason Lemahieu. Judges interested in working at this event should submit an application through the Magic judge website.

Magic Game Show
On Friday at 8pm we start the Magic Game Show starring Richard Hagon. Registration is free and you can win some cool Magic goodies. Teams can be comprised of between 1 and 4 people.

Arriving by Train
Valencia is connected daily with Barcelona through Alaris, Euromed and Talgo in less than four hours.
The new train station Joaquin Sorolla (long distance) is 8.5 km. (17 minutes approx) drive from the exhibition center and Valencia Nord station is 7.4 km. (15 minutes approx).
Both stations have a taxi stand and are connected together with a free bus service.

You may want to get the VLC Tourist Card at the Tourist Info office at the airport and enjoy unlimited, free public transport around the city (including the Valencia-Airport route). It also offers great discounts on museums, leisure activities, shopping and restaurants. More info at www.valenciatouristcard.com