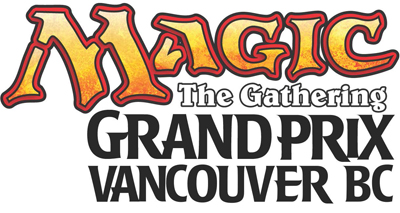 Vancouver is the perfect host for a world-class event like Grand Prix Vancouver. Vancouver is one of North America's most underrated tourist destinations. It is a modern, travel-friendly city with a unique mix of cultures. The relatively mild Pacific Northwest climate and an amazing restaurant and nightlife scene are other features that make Vancouver a great destination stop. Getting here is a breeze, as the Vancouver International Airport has consistently been rated as a top North American airport providing easy access from all over the world. Come for the city; stay for the Grand Prix!

Grand Prix Vancouver is open to the public and all players are invited to come and participate. Grand Prix Vancouver is a two-day event featuring the Standard format. In addition to the main event, the Grand Prix Vancouver weekend offers one of the largest schedules of public events ever brought to a Grand Prix —including an opportunity to win a VIP trip to Seattle in 2015! Side events and Last-Chance Grand Prix Trials will be held Friday, January 24 on-site starting at noon. Visit www.professional-events.com for more details about side events.

Prominent Magic artist rk post will be designing a playmat to commemorate the event. The first 500 players who register for Grand Prix Vancouver on-site Friday will receive the playmat (while supplies last). The playmat will also be offered to any player who purchases the Grand Prix Vancouver VIP registration package.

The main tournament at Grand Prix Vancouver is open to Magic players of all ages.

Judges
The Head Judge for Grand Prix Vancouver is Toby Elliott. Applications for stage staff and judge staff are closed. Judge certification will be available on site. Please contact John Alderfer at rodetryp@gmail.com for details and to arrange your certification.

Fan-favorite artist rk post will be in attendance at Grand Prix Vancouver. Additional artists to be announced.

Online preregistration, Sleep-in Specials, and VIP Service will be offered for this event. Visit the Professional Event Services website for full details.

Located approximately 20 minutes from downtown Vancouver, Vancouver International Airport (YVR) is ranked one of the top airports in the world and is served by a wide variety of local, national and international air carriers with direct routes to most major destinations.

There's plenty of bus service to, from, and around Vancouver along with scheduled service throughout BC, including Whistler, Seattle's SeaTac Airport, Bellingham Airport and Vancouver Island - which are all 2-3 hours out of Vancouver by car.

TransLink provides city transit for tourists and residents seven days a week via buses through its rapid transit system, SkyTrain. With the opening of the Canada Line, the Skytrain's newest line, travel between the Waterfront Station and Vancouver International Airport has been significantly reduced to 26 minutes per one-way trip. This allows for a more convenient trip for international travellers to and from downtown Vancouver.