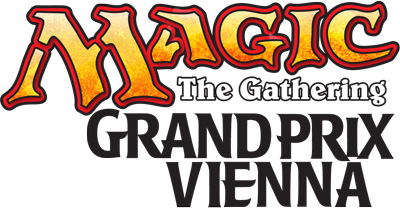 Grand Prix Vienna promises to be one of the best attended Grand Prix of 2013. With loads of amazing Magic events to play in and the wonderful, historic city of Vienna as a backdrop, it can't fail to be incredible. Vienna has a reputation as a vibrant city with great clubs, bars and restaurants as well as museums and galleries for the more discerning player. So remember to preregister (details below) to ensure your place. This Grand Prix will also be your last opportunity to win an invitation to the amazing Super Sunday Series in Seattle.

Players must have a signed publicity and consent form to be included in Wizards of the Coast's official online event coverage and be eligible to receive prizes. Forms can be downloaded here (100k PDF) and will be available onsite. Consent forms are usually collected during registration (contact the event organizer for details).

Judges
The Head Judges for Grand Prix Vienna are Riccardo Tessitori and Kevin Desprez. Judges interested in working at this event should submit an application through the Magic judge website.

Along with the main event, there are additional side-event tournaments to play in at a Grand Prix. Listed below are the side events offered at all Grand Prix on Friday, Saturday, and Sunday. Additional events and a full schedule can be found on the Gordian Knot Games website. All side events will have a Planeswalker Points multiplier of 3x (excluding casual events such as Grand Melee and Chaos Draft).

Winona Nelson and Anthony Palumbo will be attending Grand Prix Vienna. We are also hoping to attract at least one European artist, so check back later for more information.

More information can be found on the Messe Wien website.

The closest underground station is Karlsplatz. The ideal exit to entrance D is station "Krieau".

To reach the venue:

From SÜD/OSTBAHNHOF take the underground line U6 towards Floridsdorf to Längenfeldgasse. Then take the U4 line in the direction of Heiligenstadt to Schottenring. Finally it is the U2 line in direction Aspernstraße.