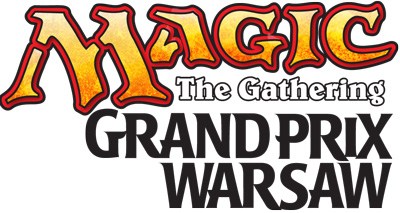 Warsaw is a perfect embodiment of the changes that have taken place in Europe in the past 20 years. It is a city of many faces: a contrasting blend of past and present. The city has a vibrant night life with a musical scene responding to all tastes. From swanky clubs and pubs to the more alternative places for the adventurous, Warsaw will be a fantastic backdrop for your Grand Prix experience.


* Times are approximate and subject to change.

The main tournament at Grand Prix Warsaw is open to Magic players of all ages.

Judges
The Head Judge for Grand Prix Warsaw is Jurgen Baert. Judges interested in working at this event should submit an application through the Magic judge website.

All planes arriving in Warsaw land at Warsaw Frederic Chopin Airport, located some 12 km from the centre of the city. Buses run from the airport to the city centre and other locations.

The closest station to the venue is Warszawa Zachodnia (West Warsaw) and is only a short walk away.