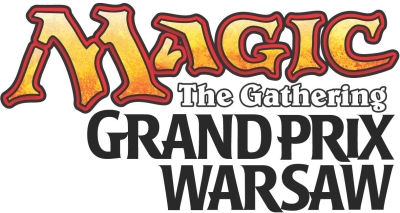 Grand Prix Warsaw 2014 promises to be a classic event as it will be the first European Grand Prix that will feature the entire Theros Block in Sealed play. And all this on top of the great food, nightlife, history and culture of Warsaw. A fantastic format for a fantastic location.

The main tournament at Grand Prix Warsaw is open to Magic players of all ages.

Judges
Judges interested in working at this event should submit an application through the Judge Center.

Along with the main event, there are additional side-event tournaments to play in at a Grand Prix. Listed below are the side events offered at all Grand Prix on Friday, Saturday, and Sunday. Additional events and a full schedule can be found on the gordianknotgames.co.uk/magicgrandprix.html website. All side events (except casual events) will have a Planeswalker Points multiplier of 3x.

Arriving by Plane
All planes arriving in Warsaw land at Warsaw Frederic Chopin Airport, located some 12 km from the center of the city. Buses run from the airport to the city center and other locations.

Arriving by Train
The closest station to the venue is Warszawa Zachodnia (West Warsaw) and is only a short walk away.