Hello everyone, and welcome back to the Great Designer Search 3.

One of the most important skills for a Magic designer is to design cards for a set that's already defined. So, for this week, we're going to do just that. Here's the assignment:

Your cards will be judged on the following criteria:

Matching Expansion – This design challenge is about designing within constraints of a defined set. You will be judged by how much your cards feel as if they belong in the expansion you've chosen.

Creativity – This assignment is not just about mimicking the set you're in but finding cool new things to do with the preexisting tools of that set.

Flavor – It's important that your cards feel and play as if they are from the world that expansion is set on.

Color Pie Appropriateness – This, and the next two categories, are the areas where I'm going to let you deviate from the original expansion. Use the modern color pie and not the color pie at the time of the set. Any mechanic that was used may be used in the colors it was used in that set. As always, matching color means staying within the color pie constraints. Bends are allowed if appropriate (although be frugal with them), but breaks are not.

Rarity Appropriateness – Your designs need to fit into the rarity you're designing for. Think about things like complexity and impact on Limited. As with color pie, use modern-day rarity constraints.

Card Type Appropriateness – Make sure that your cards are properly representing the card type they're in. As with color pie and rarity, use modern-day constraints.

You will submit the following:

Challenge #5 is all about designing within the context of an established set. For most of design, we know what the set's about and it's up to the designers to design cards that fit in that set. This challenge duplicates this feel by having designers design within a known set of parameters.

The challenge was a first come, first served challenge, meaning that the designers had to think quickly about what expansion they wanted to work with. Here's how it played out (all times are Pacific Standard Time):

11:00 a.m. – I send out the design challenge to the four designers.
11:11 a.m. – Jeremy writes back. He says he would like to do Khans of Tarkir. I tell him the set is his.
11:49 a.m. – Ari writes back with a list of three sets in order: (I let the designers send me up to three choices) 1) Scars of Mirrodin, 2) Kaladesh, 3) Khans of Tarkir. I tell Ari Scars of Mirrodin is his.
12:02 p.m. – Scott writes back asking for New Phyrexia. I write back telling him the block had already been selected (as Ari had chosen Scars of Mirrodin and the rules said a whole block was off limits once one set from it was chosen). I tell him he will need to pick a new set.
12:25 p.m. – Scott comes back with Innistrad. I tell him the set is his.
4:08 p.m. – Chris comes back with their three ordered choices: 1) Guildpact, 2) Shadows over Innistrad, 3) Khans of Tarkir. I tell them Guildpact is theirs.

When the dust settled, these were the selections:

Our guest job this week is a designer with an encyclopedic knowledge of past sets as well as Great Designer Search experience—Ken Nagle! I'll let Ken introduce himself. 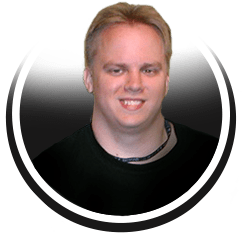 Salutations, I'm Ken Nagle and I've been a game designer at Wizards of the Coast since January 15, 2007, after participating in the first Great Design Search. It's now eleven years later and I've lead the design Magic sets like Fate Reforged, Return to Ravnica, New Phyrexia, Eldritch Moon, and Ixalan (foreshadowing this challenge's boosters) as well as the first Commander product and the next one, Commander (2018 Edition). I'm leading the design of the newly announced Transformers Trading Card Game. More appropriately for this challenge, I've been on many teams making Magic cards to fit right into an already established design, mechanic, theme, role, or even returning set. That's why I'm guest judging this challenge—it's an important skill in Magic R&D to be able contribute to another's vision.

Before we jump into the judging, I want to make a quick comment on this week's challenge. Designing to an existing set can be challenging because sets have a lot of internal rules, some of which might not be obvious at first glance (I talk about many of them in my articles, but not all of them). Erik, Melissa, Ken and I worked on numerous of these sets, three of which I led, so we're going to be able to find very specific mistakes that, to be quite honest, would have been hard for the designers to pick up. Just keep that in mind.

With that said, click each name below to see what our contestants submitted—and learn who is moving on to the Top 3 and coming to Wizards HQ for the final showdown!