Guildpact features 165 cards, with randomly-inserted premium cards. It will be available in booster packs, theme decks, and Fat Packs (which include six booster packs, the novel, a player's guide, and much more).

One guild ravages the streets. Teysa leads another to "cleanse" them. And Agrus Kos doesn't give a damn.

But as he watches the guilds nip and tear at each other like snakes . . . something clicks.

Now his mind is clear, as are his options. A disaster grows under the city's crowded streets. He knows what he must do.

he Guildpact has kept Ravnica stable for thousands of years. But with ten guilds vying to become the dominant force on the planet, there's always a chance that things will break down. Guildpact continues the story of this massive city, and introduces players to three more guilds. With mad scientists, false priests, and angry anarchists running around, things will get even more interesting in both tournaments and the creative setting. 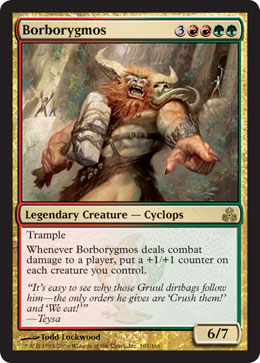