his week was originally going to be Confusion Week—a nod to both the Dark Ascension card Increasing Confusion as well as to the fact that this year, April 1 falls on a Sunday, and as such is awkward for us to get up to our normal hijinx.

The purpose of theme weeks are to give writers a unifying theme to draw inspiration from. A lot of the early feedback I got from the writers was that the theme of "confusion" was, well, confusing. They weren't sure where to go with it. After enough expressed this concern I began looking for a different theme. I still plan to have a Confusion Week eventually, just not right now.

When we began talking about the Avacyn Restored Prerelease and the Helvault events, I knew that we had to have a Helvault Week.

elcome to Helvault week. This week is all about the Helvault, but also about Prereleases as a whole. We announced last week the awesome Prerelease event where players will get the chance to open a Helvault in their stores. As you'll notice over the coming weeks, in case you haven't already, we're really excited about this event. We want to make sure you realize this is going to be a cool event, and if you're interested in participating we don't want you caught off guard. That means that if you want to play, be sure to talk with your local store to see if it offers the option to preregister for the event. 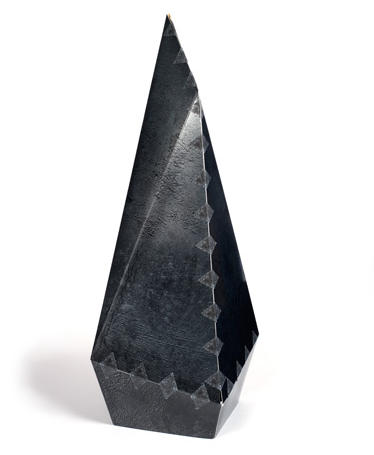 This is the last week we'll be talking about Dark Ascension; next week, we'll kick off Avacyn Restored previews. The first previews will come from the PAX East convention this weekend, where we're having a panel that will kick off our preview season.

For this week's feature article, I took the opportunity to ask employees from all parts of the company for stories from past Prereleases, as well as to ask them the burning question on everyone's mind: "What's inside the Helvault?"

When we announced the Helvault event, Twitter latched onto it and the hilarious meme #InTheHelvault made the rounds, with many people posting hilarious possibilities of what awaits inside your store's Helvault.

Here are two of my favorites:

The wittiness of Magic players on Twitter was ongoing, and some theorize it might have been the most successful Magic-related meme to date. It certainly seemed to strike a chord, as people posted and posted and posted.

However, very few Wizards employees took part in the fun, so I went around asking folks in the building: "What's in the Helvault?"

Here are some of my favorite answers!

"Sanctuary Cat plushies made of Kevlar (for the 2 toughness, of course). They meow when you squeeze them. No, really. Everyone's wild about the kitty, right? Right?" 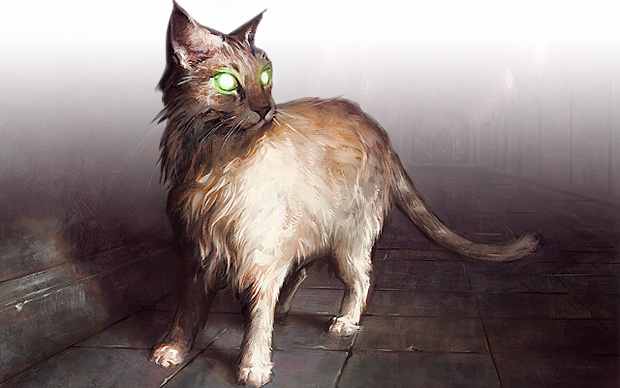 Go ahead… Squeeze me. I dare you.

From R&D, Ethan Fleischer has a theory:

"Homarids! I always wondered what happened to them, and they're influenced by the moon, and the Helvault is a chunk of Innistrad's moon, so it's the only thing that makes sense!"

The newest DailyMTG.com columnist Gavin Verhey noticed a similarity between the Helvault and some Hedrons:

"The Eldrazi! Don't you remember what happened last time we were on a plane with mysterious geometrically shaped rocks?" 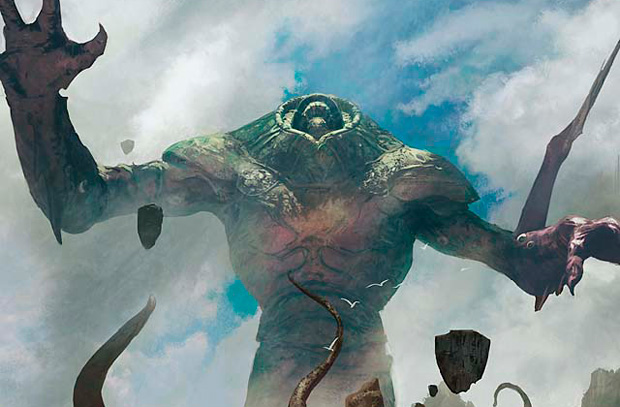 My answer? Well I think:

"Obviously, the Helvault is actually a piñata filled with FNM M&Ms." 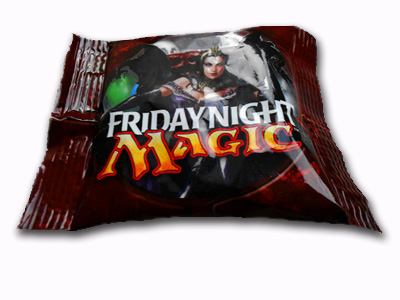 It was interesting also to see the variety in answers I got from employees when I asked about their favorite Prerelease moments.

Monty Ashley, author of Arcana and Card of the Day, has worked at Wizards for more than a decade. When I asked him about Prereleases, he said this:

"I don't have any regular Prerelease stories, but I remember when the first Invasion cards came into the office and I was involved in the first draft with a bunch of people from Organized Play and R&D. I was down to 2 life against Randy Buehler, but then I got out Treva, the Renewer to be a great blocker. And when I put Armadillo Cloak on my dragon, I was able to gain back 16 or so life in a single attack. I won that game."

Not quite a Prerelease story, but coming back from 2 life on one of the great Dragons in the game against a Hall of Famer is a story to share indeed.

One of our web designers, who I have mentioned before, is J Kovach. She shares this story of consolation from a Prerelease:

"I was creamed in said Prerelease... It was my first event of any kind and I just. Kept. Losing. ...but I played all of the games and then some. Most others had dwindled off but I was still going strong. Finally, the organizers were telling the last few of us left that the event was over and it was time to go. I was handed a huge pile of sealed packs to keep. I said, 'You don't understand, I lost every game.' And the tournament organizer shook his head and said, 'I know; you deserve these.' Ha! Consolation prize! So, who really lost in the end?"

I was creamed in said Prerelease…

Dave Guskin is one our developers for Magic, working both on sets and on other projects. He shared this great story from the Ravnica: City of Guilds Prerelease:

"I had a pretty average Sealed deck with the highlight being Sunforger and some sweet instants to fetch. I mulliganed down to four in the deciding game of my first match, but my opponent became overconfident and spent too long trying to build up before killing me. With his defenses down, I used Sunforger to get Bathe in Light, protect my team from his, and attack for exactly lethal!"

Along with asking for memorable stories, I asked employees what their favorite Prerelease was. I got answers from all eras of Magic's history.

Mine has to be back in the early days of Magic. I loved the Weatherlight Prerelease. I remember nothing about it except that I was a kid and this was a game I could play against adults.

Brian Trunk has worked for Wizards for a few years, for the most part in sales, but recently he's moved over to the Magic brand team. His favorite Prerelease was Zendikar. "My favorite was Zendikar as it was my first one, and listening to everyone cracking open their packs was awesome!"

R&D Designer Ken Nagle led the design for New Phyrexia, and I quickly noticed a pattern in his answers. Favorite Prerelease? New Phyrexia. And his story from a Prerelease was, "I played at the New Phyrexia Prerelease in costume as a Phyrexian." It might just be me, but I bet if we cut Ken, he'd bleed oil and not blood. Going to have to keep an eye on him.

The stories go on and on, and I know you all have your own. Come share your answers in the forums, or on Twitter tell us what you think is inside the Helvault with the #InTheHelvault hashtag!

And tune in next week to see what Avacyn Restored holds in store for us all!