itizens of Ravnica aren't all that different from you and me. They deal with corruption in government, disease, rampaging hordes of marauders, and even identity theft! That's right, just as it is something we have to keep an eye out for, they do too!

Granted, we're not worried about it in quite the same way.

Color: Blue spell (Dimir guild)
Location: Dimir undercity
Action: Show a Boros knight kneeling within a magical symbol on the slick stone floor. The symbol is done in the Dimir style. A shaft of light streaming in through a grate in the ceiling illuminates the knight from above. The symbol glows faintly blue from below. The knight looks grim and his eyes glow with blue fire. Instead of the usual Boros color cues of Red and White, this Boros knight clone has murky Blue accents on his clothing and armor while retaining the Boros styling.
Focus: The magically cloned Boros knight.
Mood: Another mindless Dimir puppet. 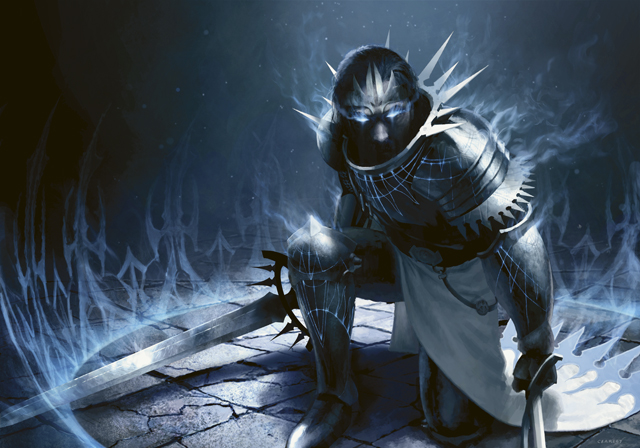