id you hear about the Inaugural Magic: The Gathering Game Dev Rumble? It was great! Teams from a variety of Seattle-area game dev houses came to Wizards of the Coast and played Magic! 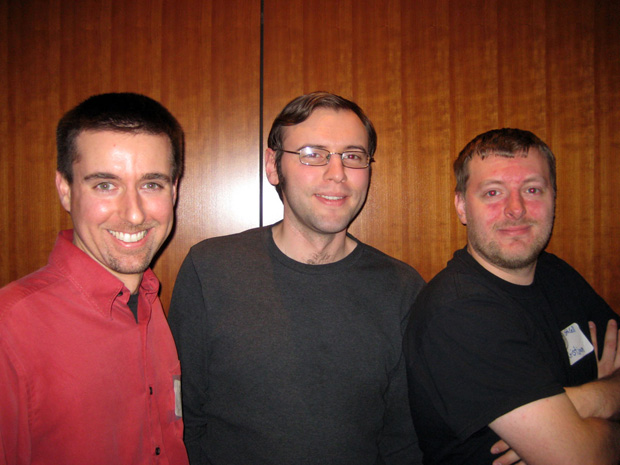 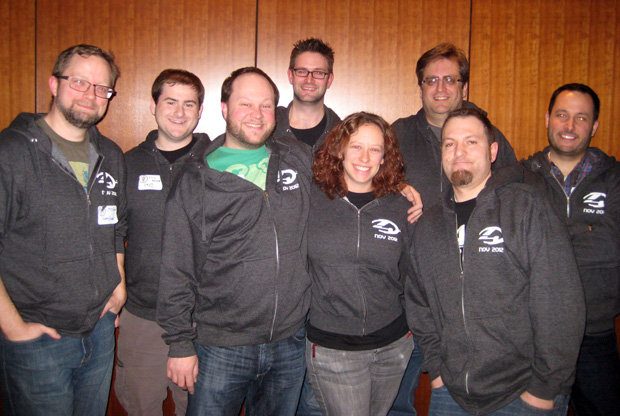 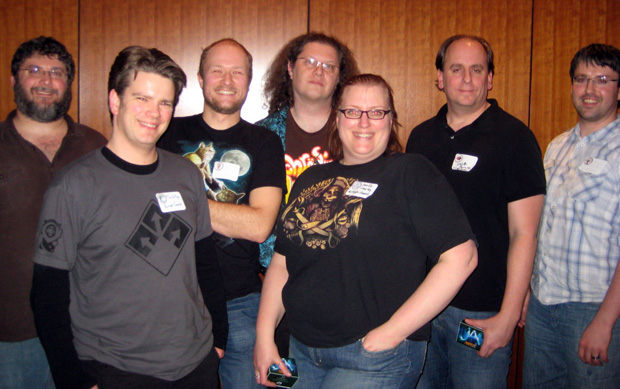 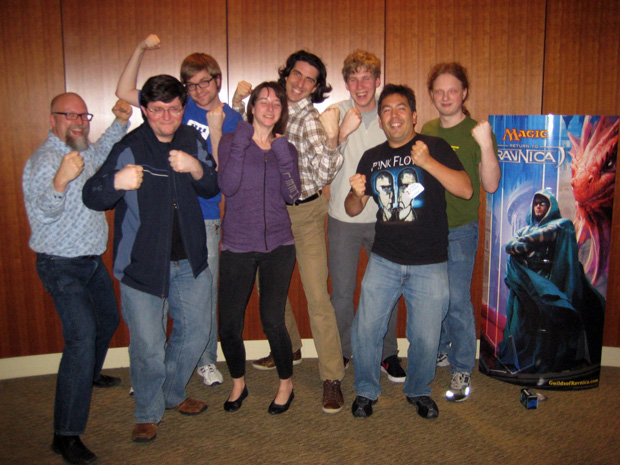 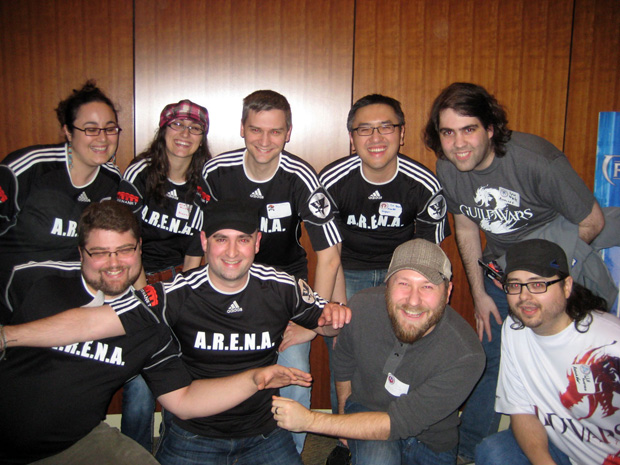 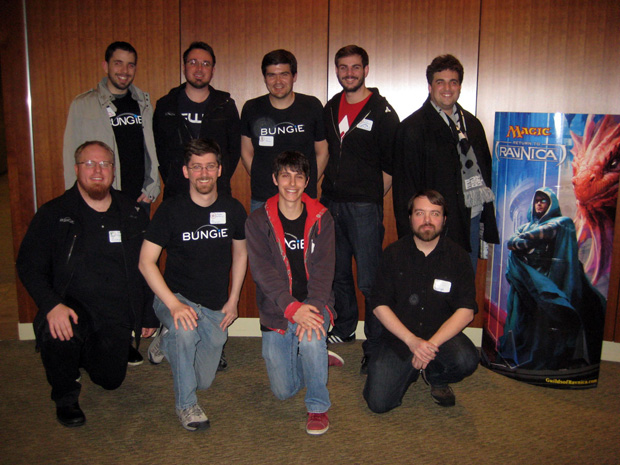 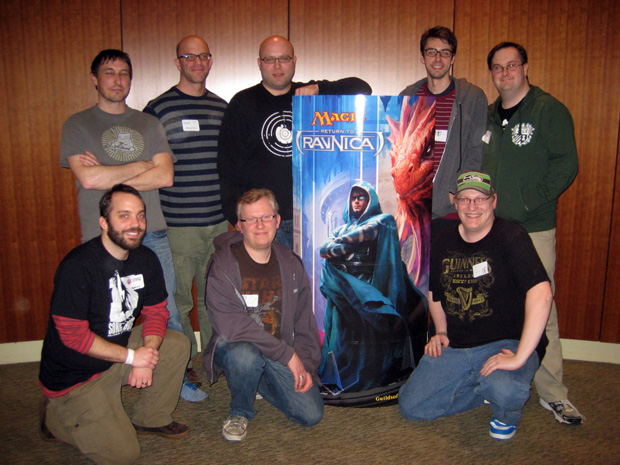 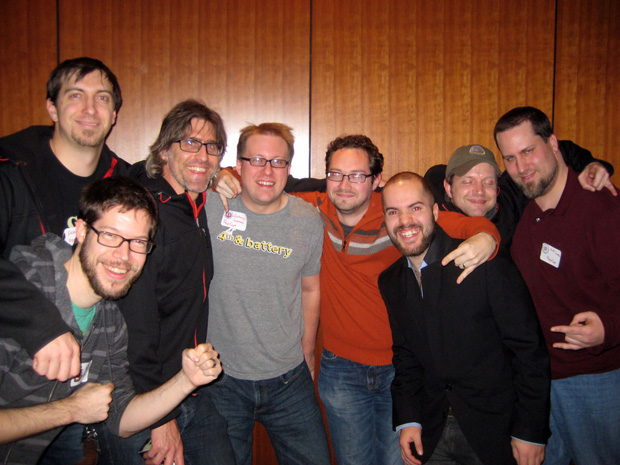 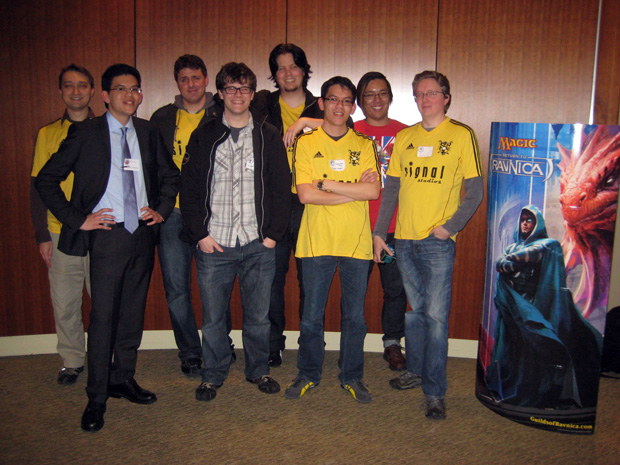 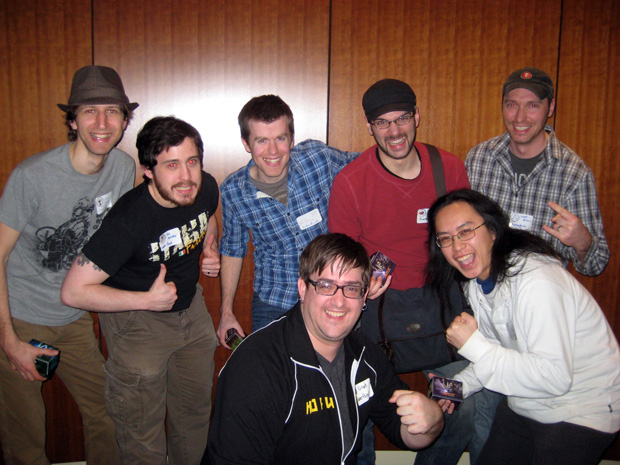 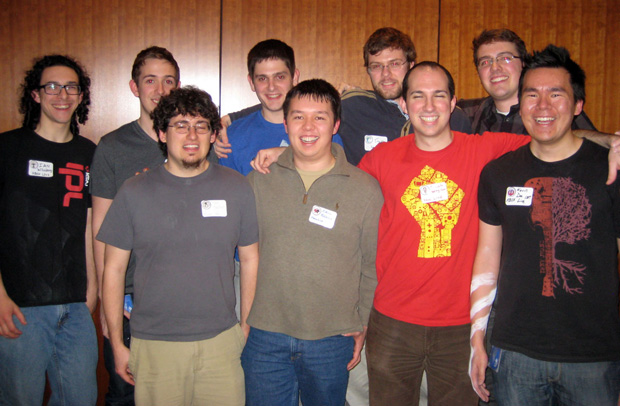 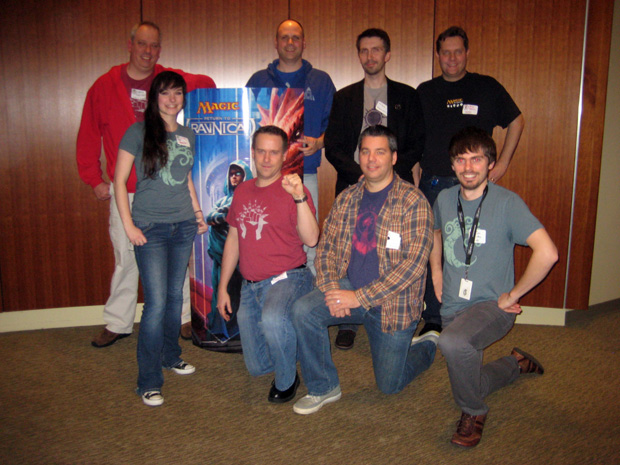 Team Wizards of the Coast

That's a lot of competitors! Officially, everyone had an eight-person team, although there may have been deviations from that. For teams that were below eight people, there were extra competitors to add in. Everybody was split into twelve draft pods (Azorius, Izzet, Rakdos, Golgari, Selesnya, Orzhov, Dimir, Gruul, Boros, Simic, Pirate, and Ninja) and they participated in a three-round Gatecrash draft. 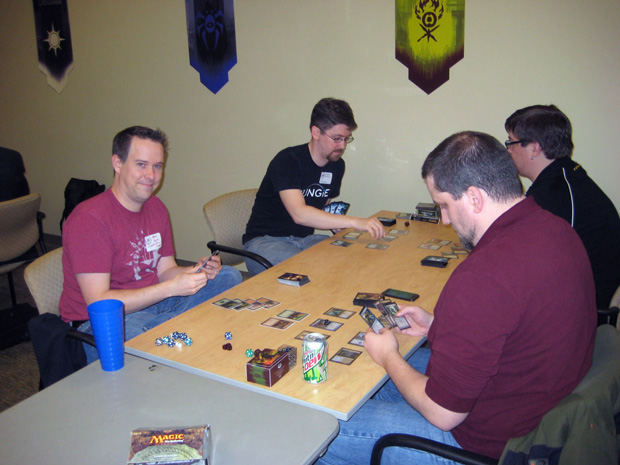 The play area was decked out with guild banners, on the theory that we have plenty of them around the office, so why not use them? 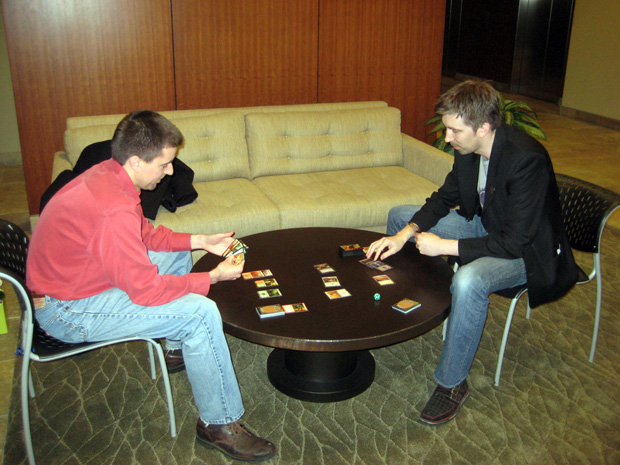 Sadly, the play area wasn't big enough, so competitors had to roam around the lobby of the building. 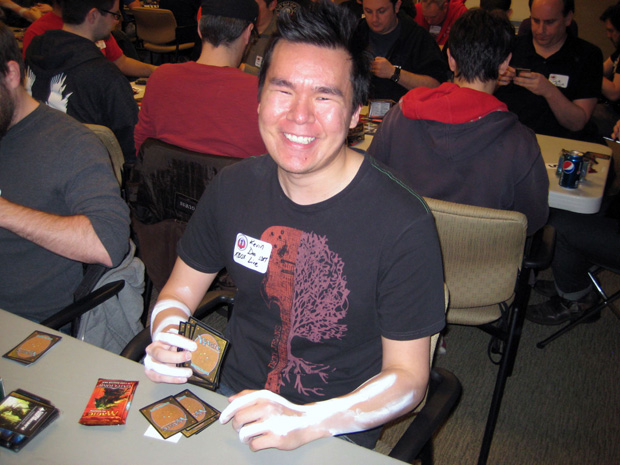 Kevin Doo of Team Xbox Live came equipped with Garruk-themed war paint. He also went 3–0 on the night and was joined by eleven others:

And after two rounds of play, his team was in the lead! 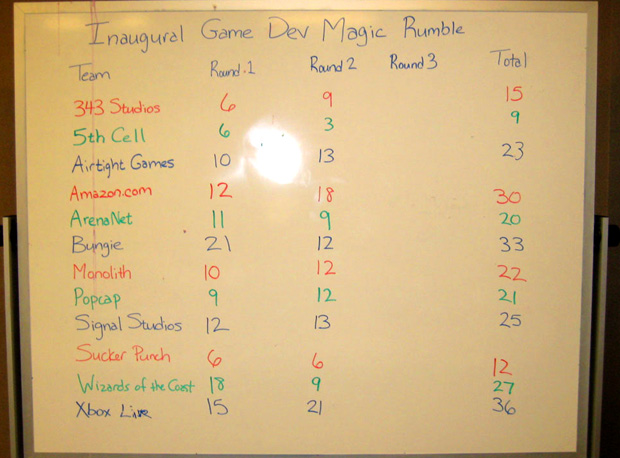 In fact, the XBox Live team won! Here's how they did it:

Their prize was this handsome Garruk Trophy.

They'll bring back the trophy for the next Rumble, possibly with a few modifications. All the other teams were rewarded with a can of silly string. So here's the awards ceremony: 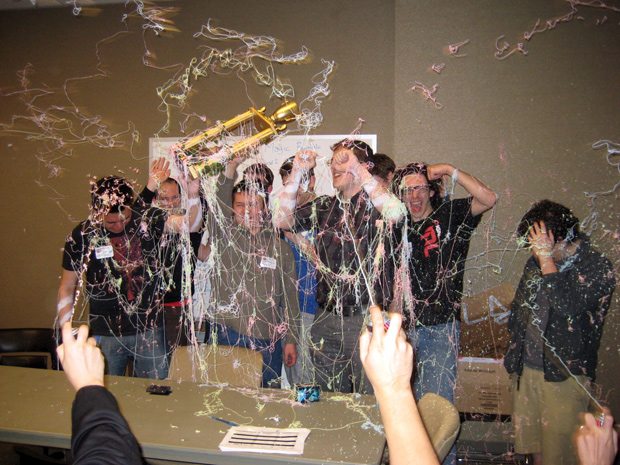 We're not sure when the next Game Dev Rumble is going to be, but we're pretty sure we don't want to wait too long. To follow the action, watch for the #MTGRumble hashtag to light up again!