undreds of excited Magic players got their first taste of Innistrad at the Ascend into Darkness party at this weekend's Penny Arcade Expo in Seattle, universally known as PAX. If you weren't among them, no worries! We'll walk through it and give you an idea what it was like. (If you were there, go ahead and scroll through this article looking for photos of yourself. Go on. You know you want to.) 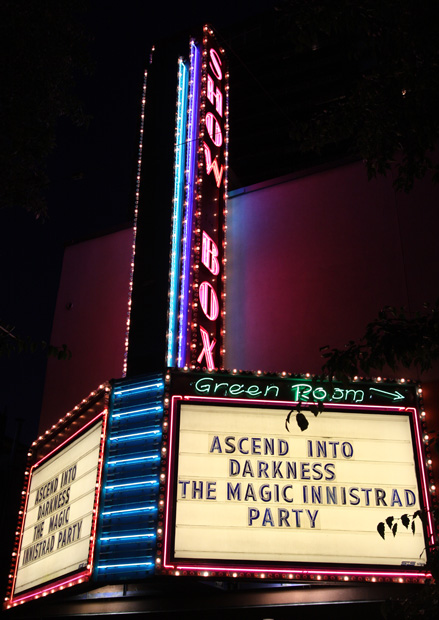 With some players reportedly lining up outside the party as early as 7 a.m., a series of puzzles to complete at PAX just to get an invite, and a line all the way around the block by the time the doors opened, the first challenge was getting into the party in the first place. 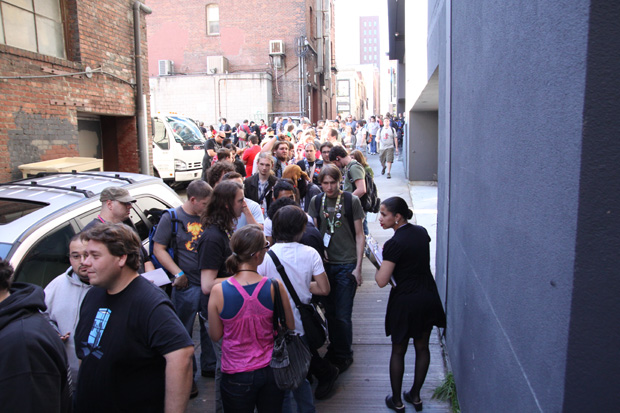 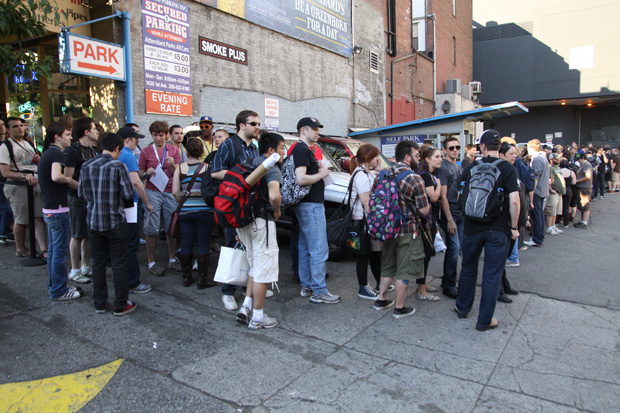 Once inside, Magic fans were greeted by the sight of the Showbox theater transformed for the evening into a little slice of the plane of Innistrad, complete with free food, free draft sets, Magic-themed drinks, and thumping dance music spun by DJ Damon Edmondson. (OK, that last part's a little anachronistic, I'll admit.) 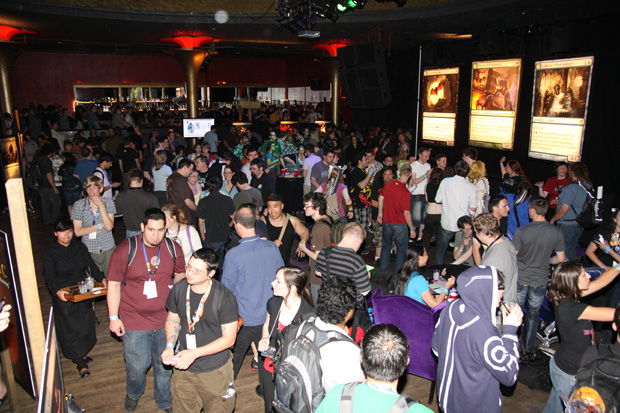 You could get your battle on in the Duels of the Planeswalkers area with exclusive previews of the fall expansion... 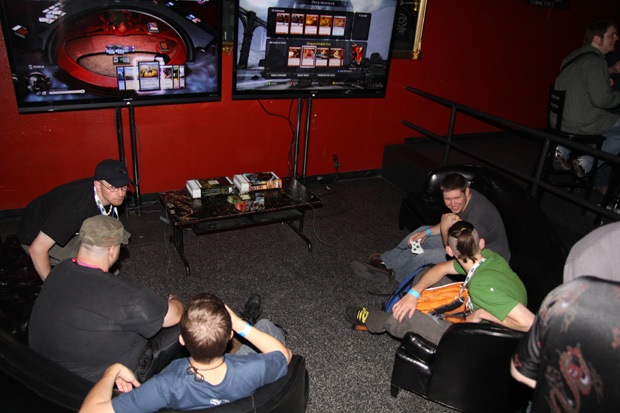 Check out Innistrad concept art on the screens scattered throughout the room... 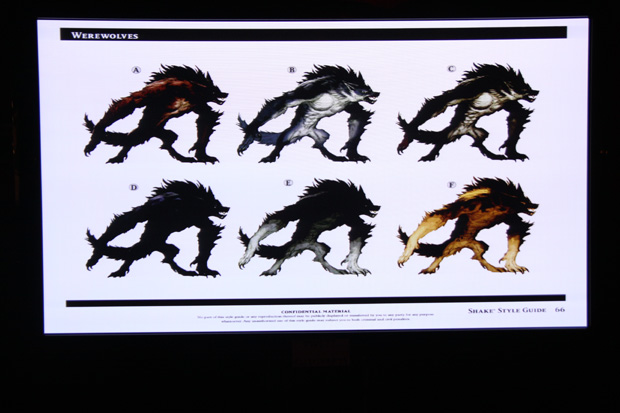 Read the cryptic warnings of the Lunarch... 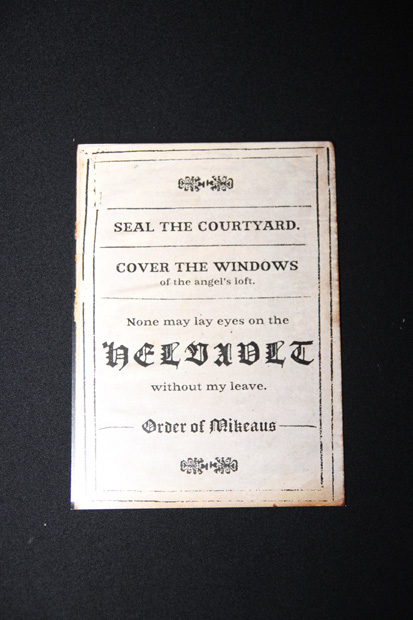 Or perhaps you'd rather peruse the preview cards?

You could strike a pose in front of the green screen and get your face printed on a Wolf, Vampire, Zombie, Demon, or Angel token for you to take home. 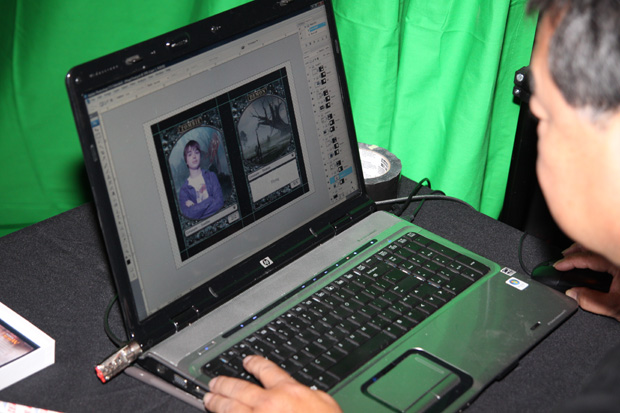 And while you're posing for pictures, you might want to get one taken with a certain Planeswalker femme fatale. 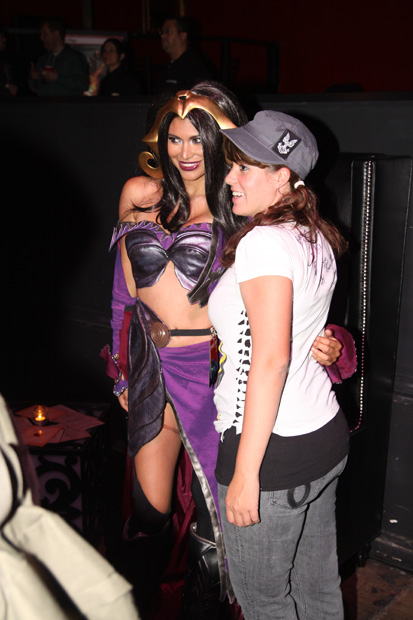 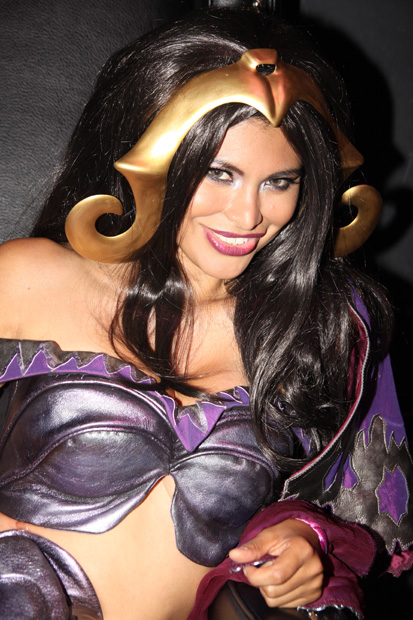 Or maybe, like a lot of attendees, you really just want to dance. 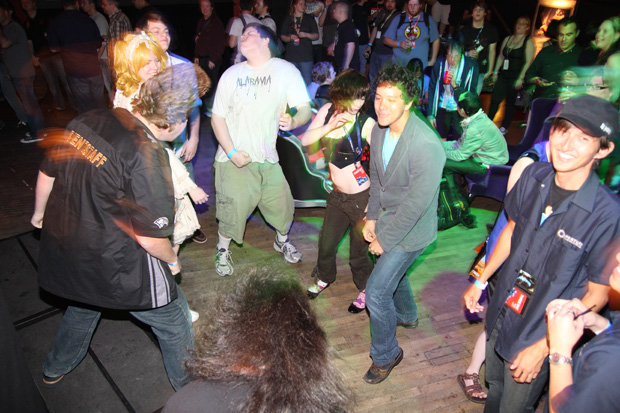 (Think Magic players can't dance? Think again! The dance floor was full and frantic all evening... with one big exception.)

Sooner or later, your eye will be drawn to the centerpiece of the whole show: three mysterious cards stretching seven feet in height set on the stage with a weird sun symbol in the upper left of their frames and the word "transform" in their rules text. 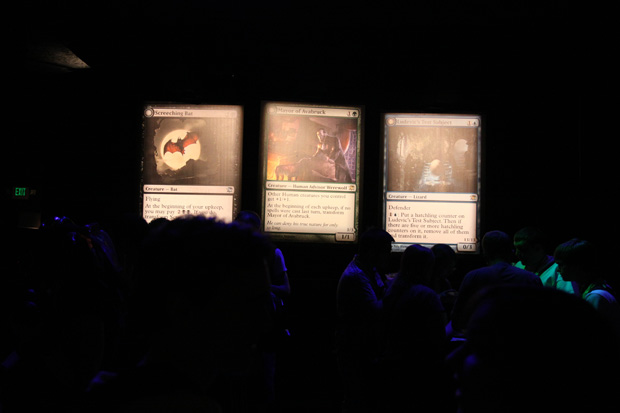 With the big reveal just around the corner, nobody seemed too intent on guessing what exactly these things were. But there was always a small crowd of people gathered beneath the stage, staring up at them, wondering. (And tweeting. There was definitely some tweeting.)

At last, the moment arrived. The music faded, and brand manager Paul Levy took the microphone. To thunderous cheering, he announced that the big reveal was upon us. 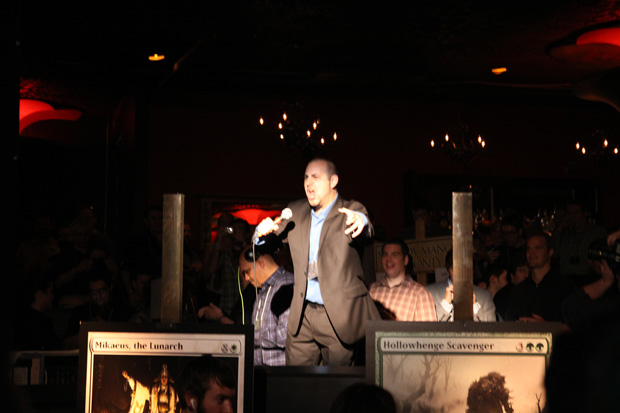 Check it out in this video, as well as some in-depth interviews with R&D about how double-faced cards were made: 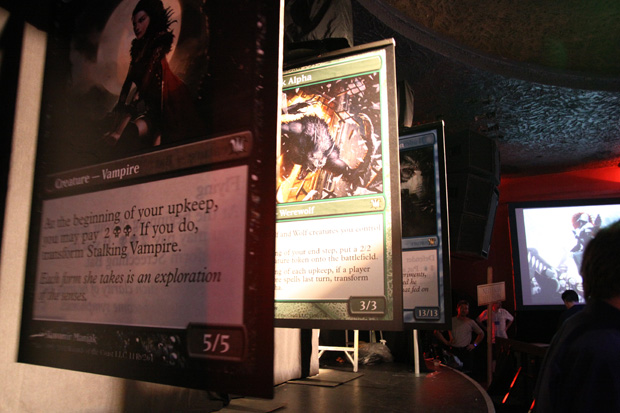 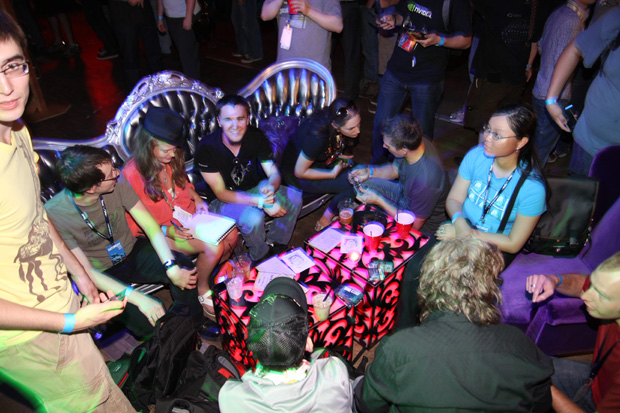 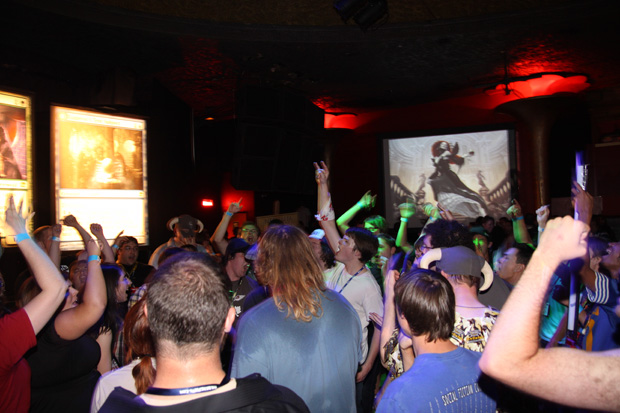 I hope you've enjoyed this look at the Innistrad Ascend into Darkness party at PAX! You can read more about double-faced cards, curses, "morbid," the return of flashback, and more in the Innistrad Mechanics Article. For another double-faced preview card and the story of how double-faced cards came to be, check out Mark Rosewater's column for today. And you can find more world info and the Card Image Gallery of all the cards previewed so far on the Innistrad product site!