We've kept our twentieth anniversary celebrations fairly low-key, but with so much going on we've touched on it from to time. Such as sharing the Usenet post by Peter Adkison twenty years to the day after it was posted.

We are marking the anniversary on Friday night, August 2, 2013, with International Crack-a-Pack Day! 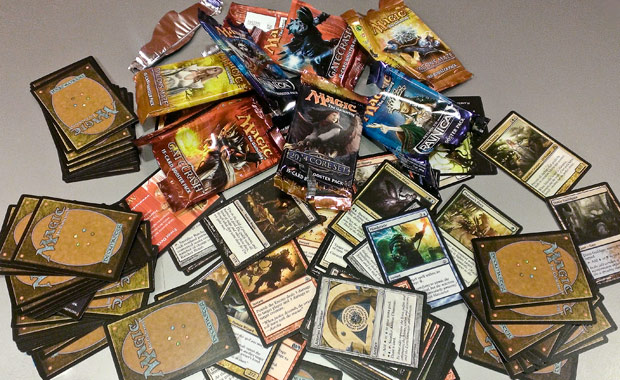 Magic is a global game. We tried envisioning an event unifiying players around the world, and what is more universal in Magic than opening booster packs? Whether it's to seek out a new rare from a set, or as you sit around a table drafting with friends, the act of cracking a pack is well known.

So, on August 2, 2013, take part in International Crack-a-Pack Day, whether at your Friday Night Magic or just hanging out with friends. Wherever you are, be sure to share pictures of what you crack on Twitter or do a Crack-a-Pack video on Vine! Use the hashtag #CrackaPack.

I don't know about you all, but with all the packs people will bust to celebrate Magic's birthday, I'm hoping to smell that new-pack smell in the wind.