Frightening rumors spread like wildfire: The land is alive. It moves; it hunts; it slaughters. This is beyond Zendikar's usual state of chaos. This is more kinetic and violent than anyone has witnessed before. A terrified explorer returned to the Akoum Expedition House claiming a rocky cliff sprang to life and ambushed his party. The lone survivor of an archeology expedition stumbled into Hadatown, her companions slaughtered by a creature formed from the forest itself. Hinterland vampires flock to the city of Malakir to avoid living mirelands that engulf anything that ventures too close to their corrupting mass. 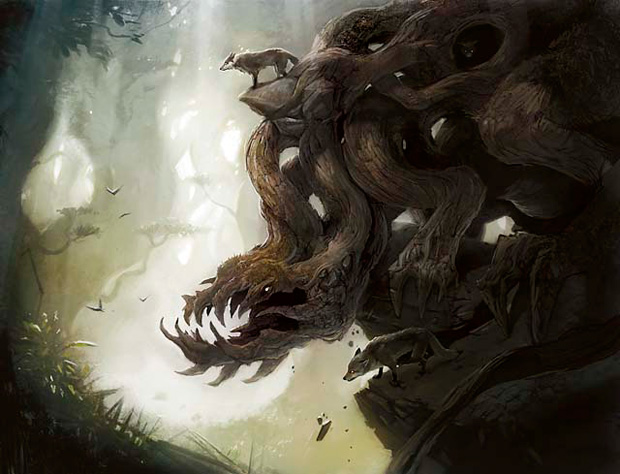 Soon it was undeniable: Zendikar's lands had awakened. It's as if the land has a disease, and like an immune system, it reacts violently to cast it off the infection. The earth swallows giant forests, only to have them reemerge as primordial elementals. In Akoum, herds of stone beasts wrest themselves from the bedrock and thunder down the mountainsides. These scions of the earth are deadly, ferocious, and angry—and intent on killing everything in their way. 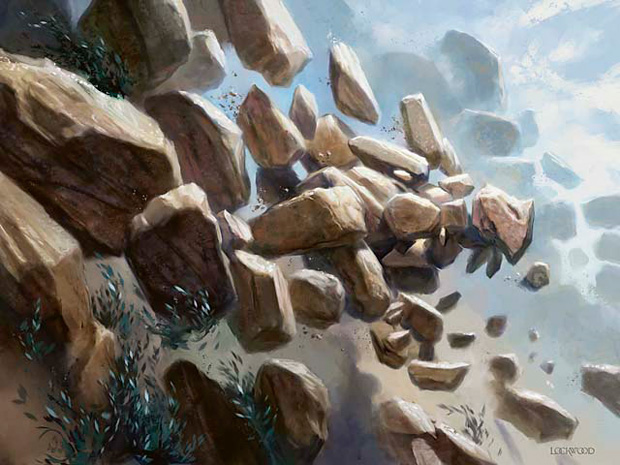 This is a new threat, but no one can agree on what caused the affliction. Some merfolk claim the looting of holy sites have offended the gods. The kor search for answers in the sacred lines of their ancestors. The various tribes of elves blame each other. Accusations fly between races and settlements. Faced with new, mysterious perils, fear and uncertainty intensify among the populace.