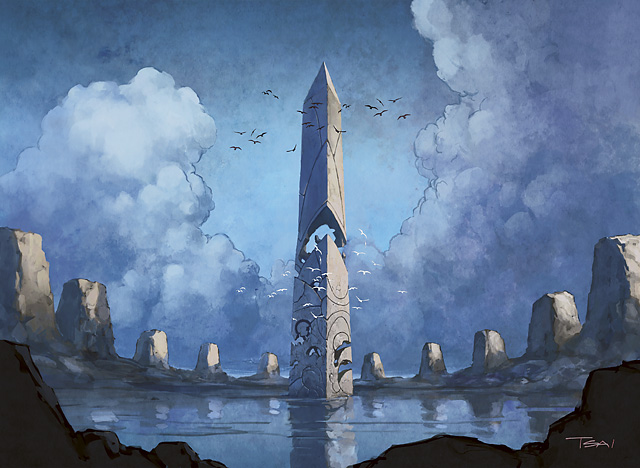 All five shards have evolved separately since they were torn apart from one another so long ago, each one adapting to the three colors of mana that flow there. The restricted mana has shaped the worlds' geographies, their own cultures and histories, and most of all, the kinds of spells possible there. 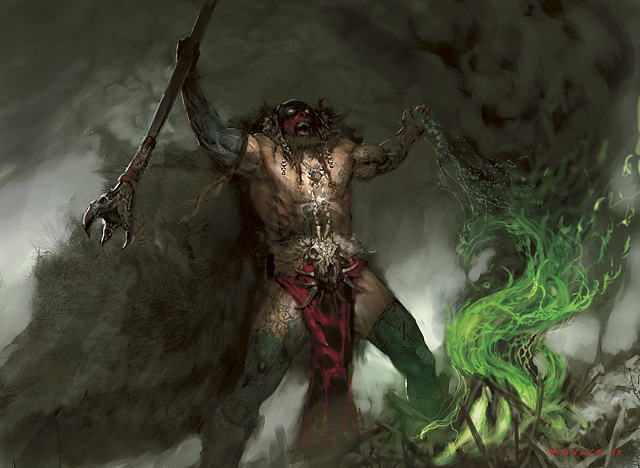 On volcano-choked Jund, battlemages have no knowledge of the orderly magic of thought and community. They practice an ancient shamanic magic as primal and savage as the tar pits below and the dragons above, stoking the fires of their own reckless passion to the extremes of life and death. The prime motivator on Jund is hunger: life means devouring weaker beings and evading the jaws of the stronger. 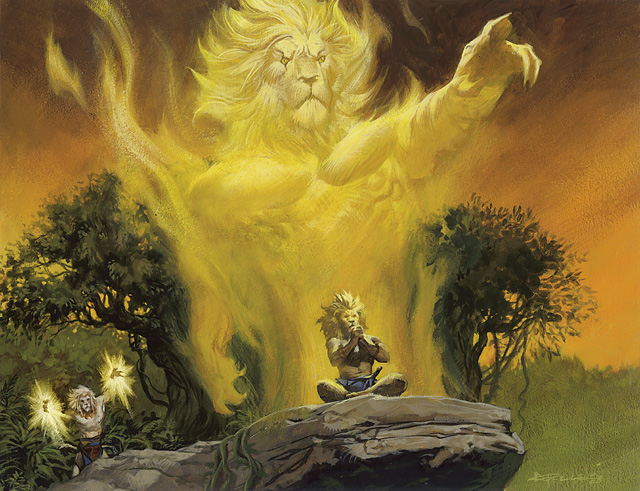 On Naya's teeming jungle paradise, nature blooms in earnest, a world only possible in the absence of magics of death and deception. But even in paradise there is competition—the footfalls of gargantuan beasts sound a constant rhythm, a reminder that might and sheer size are the mark of virtue here. Nayan shamans practice spells that amplify and bloom, seeking an ideal of godlike strength and enormity. 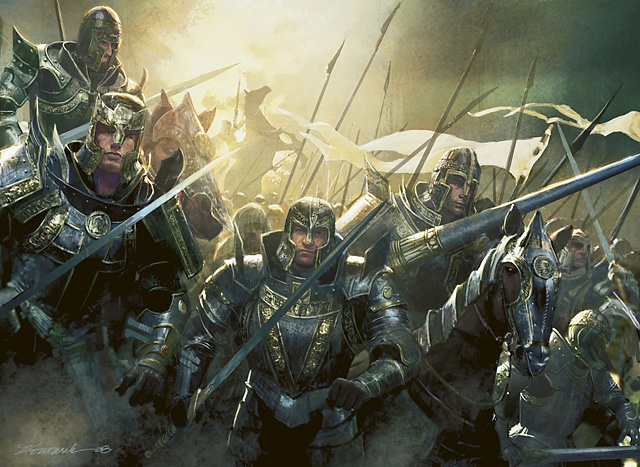 The world of Bant is one that has never seen magics of pyromancy or necromancy, and hence has become a society of order and hierarchy. Laborer castes support knightly castes, which support castes of monarchs and religious leaders, which in turn support the angels who watch from the heavens. Mages here hone their skills in magic that fosters order and protects celebrated, sigil-laden champions chosen from the elite of Bant's armies. 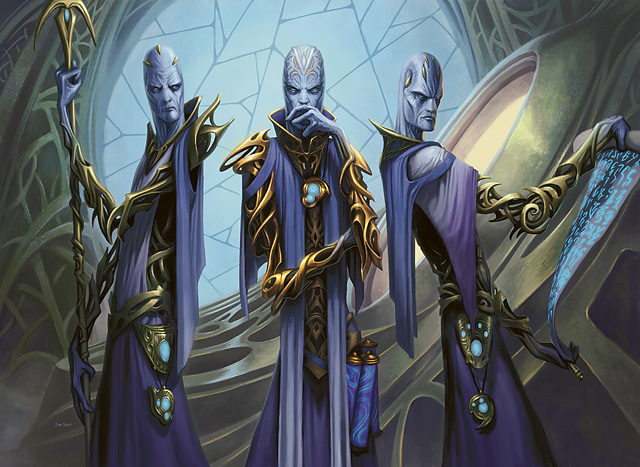 On Esper, knowledge is literally power. Cut off from the wild mana of chaos and nature, the mages and ruling sphinxes of Esper have cultivated a civilization based around intellect and progress. The "filigree" metal known as etherium, an aether-infused magical alloy, sharpens mages' magical aptitudes, extends lifespans, and allows further steps along the road to intellectual perfection. 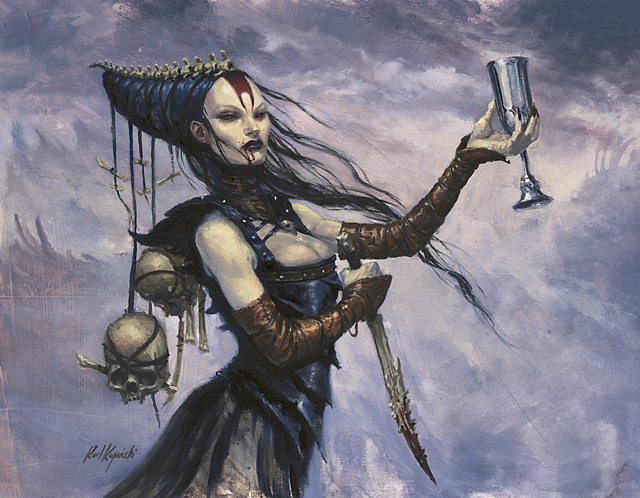 Without the magics of light and growth, the shard of Grixis starves for sources of new life. Scourged by winds of death and lightning, Grixis supports only an undead mockery of civilization, as necromancer barons and demon lords war over any extant scrap of valuable territory. In a world of necromancy, power struggles are decided by armies of repeatedly-reanimated corpses and by the power that flows in the veins of the still-living.

Every shard of the former plane of Alara has been shaped by the braid of mana colors that flows there. But it isn't just geography and the spellcraft of humanoids that have adapted to the conditions on the shards; the unique mana has also shaped the immense beasts that dwell among them.