, a chance to play team limited!

Those of you who've been reading my articles for a long time know just how much I love this format. I strongly feel this is the most skill-intensive Magic tournament format, and I always look forward to the events. I am even coming out of my semi-retirement to play in GP Washington DC this weekend.

I'm disappointed that there are only two team Grand Prix this year. What's worse, they are happening on the same weekend! Of course, I expect the turnouts to be quite impressive, considering that the locations for these events have been well chosen – East Coast in United States and Germany, the stronghold of team gaming in Europe.

While it is always unclear who is going to win, I have heard of multiple bets where even odds were given on Phoenix Foundation making it into the top 4 in Bochum – and in one case even odds given on that team winning the tournament!

In United States, my own Team Illuminati has probably had the most success in the format on the Grand Prix circuit, winning one and making finals in another GP over the last two years. Unfortunately we won't be back to defend the title. Instead, I am teaming up with Darwin Kastle and Rob Dougherty, to substitute for Dave Humphreys who is unable to attend now that he lives on the west coast.

Player of the Year Race Update 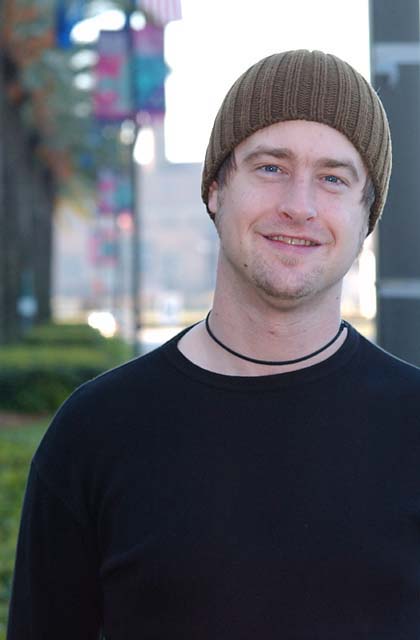 This is going to be a long season – with an extra Pro Tour thrown in – but we are midway through it now. Let's take a quick look at the current standings.

A Swedish player with plenty of experience under his belt, this is the first time that Osterberg finds himself on top of the charts. With a commanding lead of 15+ points over everyone but Nassif, he has virtually assured himself a strong finish, but defending a first place position is not going to be easy.

Ever since Nassif placed himself on the map early in 2001-2002 season, he has been posting strong finishes and remaining near the top of the charts. Now only a single point away from the first place, this French player is sure to try extra hard for the coveted Player of the Year title.

This is the first time in several years that Budde finds himself outside of the top spot on the chart this late in the season. Budde dominated the last several seasons, and although I certainly have nothing against him winning, it is refreshing to see some actual competition at the top. Of course, for any other player accumulating 43 points half way through the season is an awesome task. Budde is as likely as anyone to catch up, especially with another Team Pro Tour still to come.

Fresh off his victory in Kobe, Fujita finds himself in a very strong position to make a run for the title – or at least the highest finish among players from Asia-Pacific region – which would get him into the next Invitational.

Herzog is an evergreen Pro, posting strong finishes for over five years now while many of his contemporaries from those days are out of the running. As one of only six players so far to break the 40 point mark in the race, Herzog is comfortably within reach of the title.

Ben Stark is the highest-finishing American on the list so far. There are only seven American players in the top 20, and only sixteen in top 50! U.S. players have certainly been losing their once supreme dominance in this game over the last two years. It is up to Stark, Harvey, Parker, Linde, Turian, Walls and Jensen to try and reestablish the country on the map this season as they are the only ones to break 30 points so far. The next closest American player is Jordan Berkowitz, at 22 points.

Sometime over the next few columns, we'll take a look at what is going on in the Rookie of the Year race.

The North American Challenge is not the only independent tournament circuit this summer to occupy the Magic players' time. The Texas Magic League is hosting a $5,000 tournament in August. This is an invitation-only event and there are thirty two qualifier slots up for grabs throughout Texas. Everyone who qualifies will win cash – with winner taking home $1,000 and last place finisher still getting a cool $50.

This is the second year of this circuit. Brent Kaskel from Dallas won last year. Texas Magic League is the brainchild of brothers Mason and Fletcher Peatross, both of whom are reasonably well known on the tournament circuit.

What artifact's cost was originally printed as 5 5?

It was Aladdin's Lamp from Arabian Nights. This was in the days when Wizards of the Coast was still a very small company. Wizards' art designers did not have an icon for

at the time, so it was someone's bright idea to put two

mana icons instead. This caused plenty of confusion as players tried to figure out how to generate 55 mana, and once they did generate it, why they should spend it on a mediocre artifact.

What R&D member once showed up to a Magic prerelease dressed as a giant chicken?

There are many broken things you can do with Mindslaver, but this has got to be up near the top. It was a friendly game I was watching at my store, and the player built his Mindslaver deck to do just this: he used Mindslaver leaving two mana untapped. On his opponent's turn, he cast Chain of Plasma targeting his opponent, then had his opponent repeatedly target himself with Chain of Plasma while simultaneously getting rid of his entire hand. Definitely one of the more creative uses of Mindslaver, even if it isn't exactly a tournament-level combo.

Please e-mail me any Magic news, stories, tournament results, or anything else you think should appear in this column. You can contact me by sending an e-mail to ashv at kingsgames dot com