Summer is busy time for gamers, with great conventions like Gen Con, Origins and DexCon competing for your pocketbook and the time on your calendar. For Magic players the schedule is even busier, with events such as Pro Tours and the U.S. Nationals.

U.S. Nationals is one of the oldest established Premier Magic events in the history of the game. It has traveled all over the country – from Florida to California – and this year it will make its first stop at Kansas City.

One might expect that attending Nationals is only worth it if you are qualified for the main event. Nothing could be further from the truth. Nationals is just like a gaming convention, but it is focused around Magic. 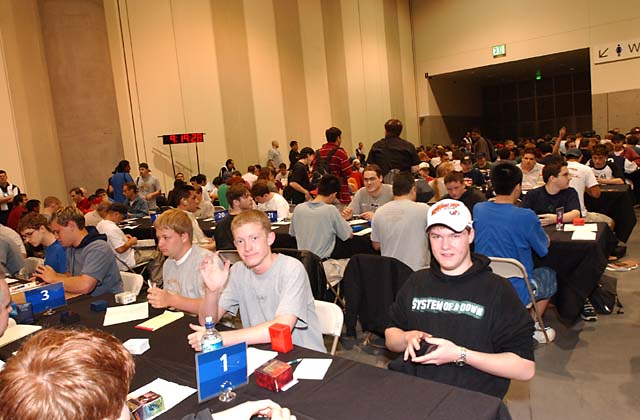 The action will begin late Wedensday night, kicking off the first of seven Last Chance Qualifiers. These tournaments often fill up to capacity of 256 players. Top 4 players from each tournament qualify for Nationals. Last Chance Qualifiers at Nationals are a long-standing tradition, implemented long before the idea of LCQ has been used at a Pro Tour. Because these tournaments usually sport a very high level of competition and are ran in a single elimination format, they earned a nickname of “meatgrinders” among the players.

There is a total of seven Meatgrinders held throughout Thursday, alternating formats between Standard and Sealed Deck. In past years it was not unusual for the winners of the very last ‘Grinder to sit down for their first round at Nationals within an hour or two of winning the qualifier.

In addition to U.S. Nationals, Kansas City will also host the Junior Super Series Championship this weekend. As is the case with Nationals, you will be given the last chance opportunity to qualify for this tournament as well. On Friday morning the organizers will run the Junior World Open event, where unqualified players will compete for an opportunity to play on Saturday. A number of rounds are to be determined based on the total number of players entering the tournament. Anyone who finishes with a record of x-2 or better (two losses or less) will qualify to play in the championship.

Friday is also when the U.S. Nationals will kick off. Qualified players will compete in three rounds of Standard play, following by four rounds of Mirrodin-Darksteel-Fifth Dawn booster draft. There will be a feature match area where spectators can see some of the best American players face each other.

Older players will find plenty to keep themselves busy on Friday as they will be offered a plethora of both constructed and limited tournaments to compete in, culminating in a Grand Prix-Orlando Trial (Mirrodin Block Constructed format) where top 2 players will earn three byes each in Orlando.

If you have never attended a Premier Magic event before, Sunday will be especially interesting for you. This is the day when top 8 players from both Nationals and JSS will compete in a single elimination format for the top prizes. Wizards of the Coast will set up a stage-like area where spectators can watch the final matches either in person or on screen. Celebrity commentators such as Randy Buehler will do the play by play on the headsets that you will be able to borrow for the duration of the finals. This is an incredible experience for any player who is interested in the high-end strategy aspect of Magic and should not be missed. 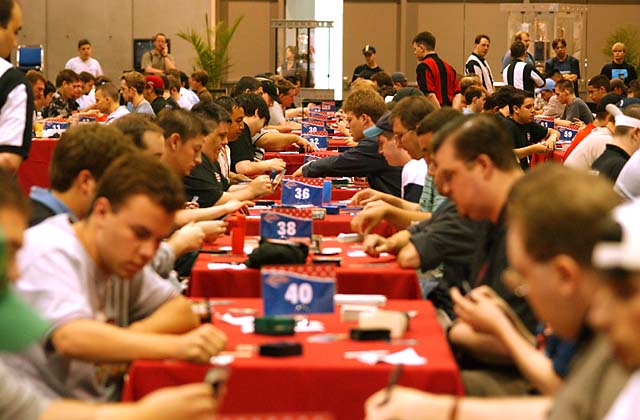 More casual players will find plenty of other activities to participate in during the finals. There are several interesting tournaments sponsored by the single card dealers set up at the event. My own store, Kings Games, will be sponsoring a Family Team Tournament. It is open to two-player teams as long as they are a team of brothers, husband and wife, or parent and child. Every team that enters will receive prizes. In the meantime, Academy Games will be sponsoring a “Femvitational” event – tournament open to female players only.

You will never have to wait very long to play some competitive Magic over the weekend. Wizards of the Coast will keep the hall running twenty four hours a day and they will run pick-up eight man booster drafts and constructed events all weekend long. One usually starts every twenty minutes or so.

Fifth Dawn is not going to be legal yet for constructed play, so it is likely that we will see the same metagame at Nationals as was present at Regionals. Ravager Affinity was by far the most successful deck, qualifying over sixty players for Nationals. Other top decks included Goblin Bidding, Tooth and Nail and, to a lesser degree, mono-red control. It is unlikely that we are going to see new archetypes develop for this event, though of course not impossible.

When you are planning your convention schedule this summer, definitely consider U.S. Nationals. It may be the best weekend of playing Magic you have ever had.