The LPS and Creating Play Groups

don't expect you to have heard of me. I'm Jennifer "Tifa" Meyen, founder and organizer for the Lady Planeswalkers Society, assistant brand manager for Magic, and a cohost on the DailyMTG.com Podcast with Trick Jarrett and Michael Robles. As I have a Creative Writing degree, I'm pretty excited for the opportunity to write my first article for you and I hope it's not the last. 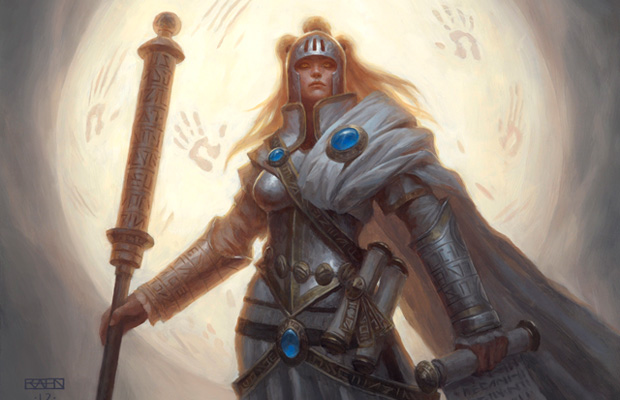 If someone had told me three years ago that I would be a contributing force for bringing women into the Magic: The Gathering scene, I would have been pretty surprised. When people have dubbed me as a trailblazer, squeal-able, or starstruck-worthy, I've been shocked, but honored. I'm not certain those titles are even close to true or ever will be, and I'm fine with that, but I'm pleased with the sentiment behind them. I only started playing this amazing game in 2010, but it has consumed my being. I love the game. I love the community. I love working for the Magic Brand team. I want everyone to be able to experience all Magic has to offer.

Including women. There have been a number of noteworthy women in the game from the beginning, such as Elaine Chase, but the percentages speak for themselves—not as many women play Magic as men. I wanted to tackle this fact and try to overcome any obstacles women face, someday hoping to make this a fact of the past. Looking back at the last year and a half, it appears I have paved a pretty good foundation for this future.

What is the Lady Planeswalkers Society?

The Lady Planeswalkers Society (LPS) is an unofficial play group that has successfully built a welcoming, friendly environment for women to learn, play, and compete at Magic: The Gathering. This does not mean it's exclusively women, either. Thirty to forty percent of the people who come play regularly are male, mostly significant others but also friends, brothers, and fathers. All of the men who play are not only understanding about the mission of the group, but are supportive of that mission. Males and females alike contribute to the group's constantly growing success. Many of them volunteer to help teach at conventions, recruit female friends, bring tasty snacks, and help in many other ways. Plus, including men helps us to be accepted by the Magic Community as a whole. We are not an exclusive group outside of the community, but a subset within.

One of the main purposes for the group is to teach people how to play Magic, especially people who might not feel as comfortable jumping into the regular tournament scene to learn. I wanted to take out as many potential obstacles as possible. This includes taking away the highly competitive vibe that most tournaments have and making it more casual and inviting.

I started playing in Friday Night Magic (FNM) tournaments and Draft tournaments within my first few weeks of playing and it wasn't easy going into a scene where everyone knew every detail of the rules. I felt viewed as "bad" when the reality was that I was inexperienced. I couldn't help but feel that this view was worsened because I was a woman. Yes, I jumped in head first, even playing in a Grand Prix and PTQs within my first six months, and maybe that isn't the best pathing for a beginner. However, the view that I was bad at the game is what pushed me so hard. Every loss felt like I was letting female gamers down, and I couldn't have that. I couldn't let the people who thought I was bad be right. I had to get good at this game! 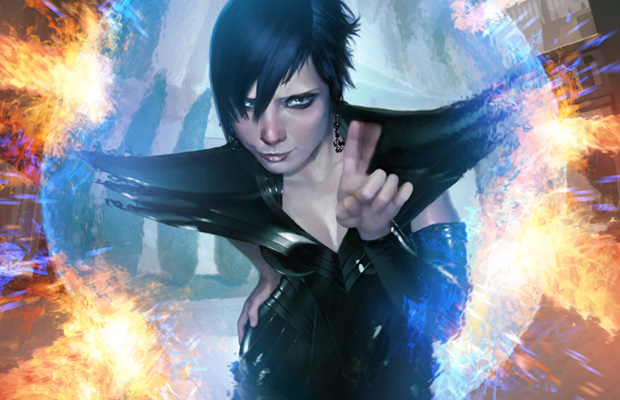 As wonderfully as that path worked out for me, I don't want the challenges I faced to stand in the way for other women who want to try their hand at Magic. So, I wanted the environment I was creating to be different—more inviting, more engaging, more fun! Not that tournaments aren't fun in their own way—I actually miss being able to play FNM myself—but I wanted a different feel. If tournaments associate with Rocky theme music, I wanted my events to be catchy pop music fun. From my perspective, we are on today's hits charts!

One of the most challenging but greatest aspects of the group is that it is appealing and enjoyable for all skill levels—be that beginner players or ladies chasing the Pro Tour. In the beginning, this was rocky at times, but I have managed to keep everyone happy by keeping an eye on the pairings in each event. Because we sanction as casual events, everyone gets 1 Planeswalker Point for playing. The ranking is not affected by who you play or who wins. This means there is flexibility in who can be paired with whom. If somebody shows up who has never played Magic but wants to jump into our tournament, I would probably pair her (or him!) with me in Round 1 so I could teach that player. If a group of four beginner players show up, I might match them up together. If a father comes in with his young daughter, I can pair her up with him. Also, if someone is there testing a deck for a PTQ, I can match her or him up with another competitive player. This keeps things running smoothly and makes that door—regardless of skill level—more alluring for everyone.

The idea of setting up a welcoming location for women to learn Magic was actually the leading force that planted the seed this group bloomed from. When I started working for Wizards in April 2011, a few of my female friends wanted to learn how to play Magic. They had seen how Magic had taken over and affected my life so positively and wanted to see what exactly it was that entranced me—and wondered if they could relate. There were a couple women who didn't want to learn from or play with their boyfriends and asked for my aid, as well as women who knew how to play but hadn't had many opportunities to play with other women. I invited people over to teach, learn, and play Magic. It started with four of us in my living room, but it wasn't long before the idea of doing something like this at a larger level was brought up. How cool would it be to invite women from all over Seattle to learn and play together at a tournament? 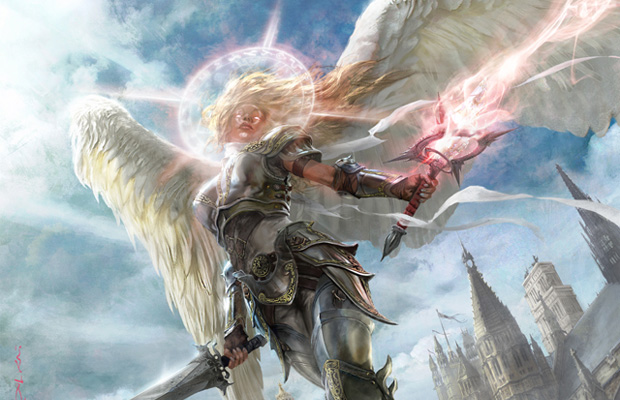 I thought that would be beyond cool. So, I did everything it took to get permission from Wizards and met with my local gaming store. Card Kingdom was super supportive and excited for the opportunity. Before I knew it, we had our first event: eight players—enough to launch a sanctioned event! Looking back, I can't believe how small it started. Now, we average twenty-five players per event and get forty-five on Draft nights, which is far better than I ever imagined possible in the beginning.

How to Start Your Own Play Group

Reading this, you might be thinking, "This looks cool, but I don't live in Seattle..." Well, this idea of having a group dedicated to the celebration of women Magic players has soared off in its own direction and I've had multiple people contact me about starting chapters in their area. There are now eight Lady Planeswalkers Societies in the world that have successfully been created, with three more in the works! The participating places: Australia, Oregon, Kansas, Maine, Massachusetts, North Carolina, Oklahoma, and Washington. Still to come: Canada, Chicago, and a second in Washington. With, I hope, many, many more!

There are also other groups that meet for similar reasons. The MTG Girl Squad in Argentina is an honorary group that we've communicated with and Planeswalkers for Diversity is a group that I've been interacting with a lot about the ideas of breaking barriers in the Magic community. 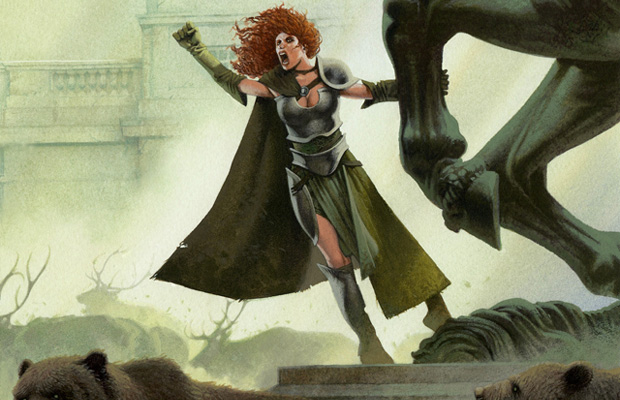 What this breaks down to is that starting a play group, while not easy, is possible! When people contact me, I give them four pieces of advice:

Those are the basics for starting a play group. There will always be more details, some of which specific to your own group, but I hope this at least provides information for a starting point.

The Creation of a Format: Spontaneous Cube

I wanted to leave you with something my group has done over the past year we found interesting. We play all different formats at Lady Planeswalkers Society. I make sure to have one multi-player event, one Standard event, and one draft every month. I also make sure to have Intro Pack Wars each time a set comes out to introduce people to the set. I also believe Intro Packs are great for beginners and think they are a good starting point for building a Standard deck. Besides that, we try all sorts of formats: Commander, Planechase, Pauper, Two-Headed Giant, Grab Bag drafts, any sixty cards you want, Monocolored decks, Archenemy, and what I like to call Spontaneous Cube Creation. 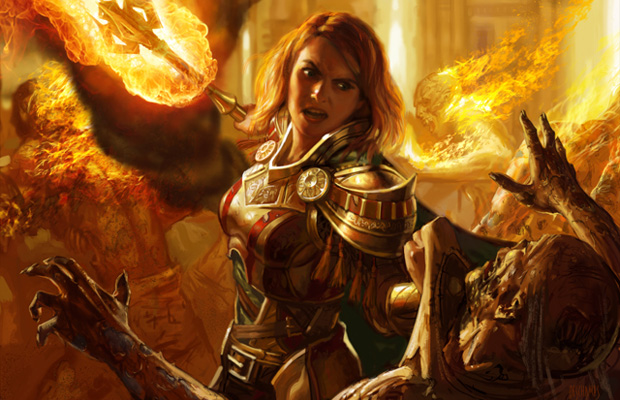 Basically, everybody brings forty-five unique cards they are willing to part with. Restrictions: seven cards of each color, five artifacts, and five of whatever you want (be this lands; multicolored; hybrid; or, if you really want, five more green cards). I recommend that cards are playable and fun, even if they aren't your style. Then, you shuffle up all the cards together and make piles of fifteen, just like you would for a Cube draft. Lastly, you know what to do: draft!

This has worked wonderfully for us, if a little unusually. You can send players home with their drafted cards, or you can do what we did: we kept all the cards afterwards to build a more permanent Cube for the group. I've taken out all of the duplicates and cut cards I consider to be unfun, unplayable, or too complicated for beginners. It's nothing like a powered Cube at all, but it's our creation and it is super fun. At 970 cards it can currently support 21 players.

Why am I bringing this up? This is an example of how you can find things that fit your particular play group. Don't restrict yourself to what game stores already do, but find creative outlets that will work for your group.

If You'd Like to Discuss Creating a Play Group...

If you do want to start your own Lady Planeswalkers Society or another group, feel free to contact me on Twitter and I'll do what I can to help provide advice or even just give your group a shout out.

You can find me at @TifaMeyen and Lady Planeswalkers Society at @MTGLadySociety.

Here is a link to The Lady Planeswalker Society's Seattle main Group (from which you can find the other groups listed).

I really appreciate all the support that individuals have shown me, all the hard work of my volunteers, and all the people who believed in my vision from the get-go.

Thanks for reading about my wonderful group. I wish you all the best of luck in creating your own societies and hope to hear your own success stories. In the meantime, enjoy your games!