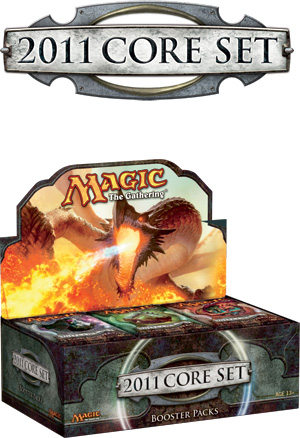 Magic: The Gathering 2011 Core Set features 249 black-bordered cards, including randomly inserted premium versions of all cards in the set. It is available in booster packs, intro packs, and fat packs.

The Battle Rages On

he Magic: The Gathering game expands every year, introducing new worlds filled with deadly perils, new wars between ancient enemies, and fantastic new adventures. At the center is the Magic core set, representing the game in its purest form: evocative spells, menacing creatures, and infinite possibilities. But even at its core, the experience is ever changing. The Magic 2011 core set continues that tradition. 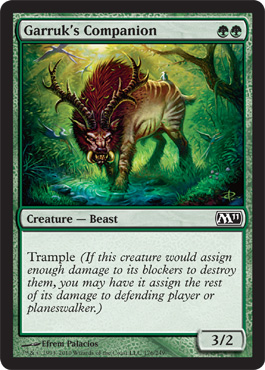 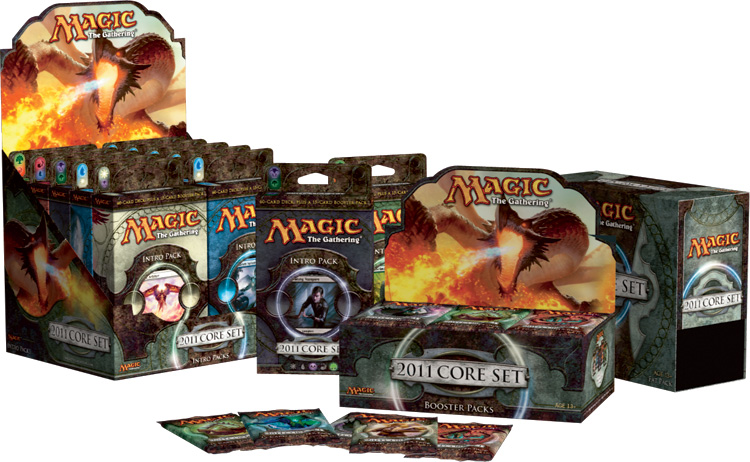