team just launched our Magic 2014—Duels of the Planeswalkers presale! The full game releases for Steam on June 26, 2013 (release dates will vary by platform). Head over to Steam to buy the Special Edition for just $19.99 or the normal version for $9.99! 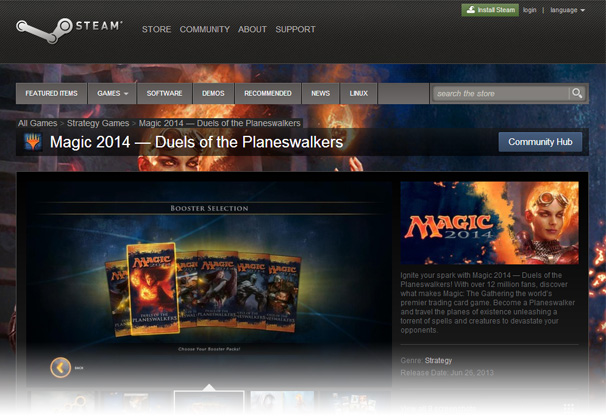 If you pre-purchase either of Magic 2014—Duels of the Planeswalkers's editions (regular or special edition) you'll receive access to Chandra’s “Firewave” deck.

What's in the Special Edition? Glad you asked!

And don't forget, once the game is released you'll be able to get your Magic 2014—Duels of the Planeswalkers promo booster pack from a local Magic retailer!