is here, and that means convention season for gamers. From huge gatherings like Origins and Gen Con to smaller conventions like DexCon, to one-day events organized by local fans, there is plenty to keep a gamer busy in these hot months.

New games rely on the larger conventions to generate interest. They hope that the most avid gamers will be excited by the new product at a convention and return to their local store with samples of the game, teaching it to the players there and creating a local community to support it.

Although it certainly does not seem like it today, Magic was in that very boat eleven years ago. At the time Wizards of the Coast was a small company that published war game supplements. When Richard Garfield presented them with Magic, they immediately knew that they had a potential hit on their hands. They spent about two years developing and playtesting the game before finally printing what they felt was a pretty large number of cards.

Even so, they were not prepared for just how popular the game would become right away. Alpha print run was supposed to last for six months, but it sold out almost immediately. Beta print run was supposed to last a year, even allowing for the sales numbers from Alpha. That did not happen either – it sold out within a few months. Origins and Gen Con played a huge role in promoting the game in those early days. Many players who sampled the game at Gen Con that year became its champions when they got home, and so a phenomenon was born.

For many years since then, Origins hosted the United States National Championships for Magic. Magic kept growing however, and soon an event like Nationals became its own gaming convention with side events, artist signings and thousands of fans in attendance. Nationals had to part its ways with Origins. However, an Amateur Championship was eventually created to fill the void. This tournament is open only to players who have zero life-time Pro Tour points. With the “sharks” out of the running, more casual players or ambitious PTQ players have a shot at the big time.

Although Pro Tour is just too big to be held at conventions in most cases, there has been an exciting trend toward hosting Grand Prix in conjunction with the cons. In England they’ve been doing this for years – the annual British GP is held at Gen Con-UK. North American Grand Prix events are now also following the trend – starting with GP Atlanta last year that was held at DragonCon. GenCon: SoCal hosted a Grand Prix and there will certainly be more such hybrid events on the way. It is great for the players who can enjoy what a gaming convention has to offer prior to the start of the tournament, in between rounds, and if they miss their shot at day two. 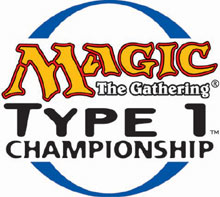 Gen Con is particularly known for hosting the Type 1 championship every year. The format has been rapidly gaining popularity over the last two years, even with Power 9 prices through the roof, Unlimited Moxes now selling for as much as $400 each. This year’s Type 1 Championship will likely gather close to two hundred competitors!

Whereas competitive players will usually find something to do at a big gaming convention, there is even better support for casual players. Bulk of the tournaments held at the cons targets a casual player, with smaller prizes and less intense competition. You will often find sealed deck tournaments using out of print product (a few years ago at Origins there was a sealed deck tournament that used a Legends booster pack among others), or fun constructed single player and multi-player events the likes of which are not often found at game stores or at the Pro Tour.

Not everyone is a fan of tournaments, even the casual ones. For those who just want to get in a quick game here and there, there are Convention Leagues. If you ever participated in an in-store Arena league, you already know how it works. Everyone who joins gets a badge so that they can recognize and challenge each other. At any time two League players can face each other. They can then report the result of their match, at which point both of them will receive small prizes (promotional cards, booster packs, etc.). Prizes are selected at random and the winner of the match gets to choose first among the two prizes selected, but both players will get something. There are additional prizes awarded to top finishes at the end of each day, and at the end of the convention.