I'm on a beach. Next to me is the girl I'm marrying in a few months, and next to her are two of my Magic friends who work at Wizards of the Coast: Dave Guskin and Zac Hill. In the background somewhere is yet another friend, Tanya, who joined us on the trip despite having no experience with Magic and is currently playing beach volleyball. Where are we? Cozumel, Mexico. 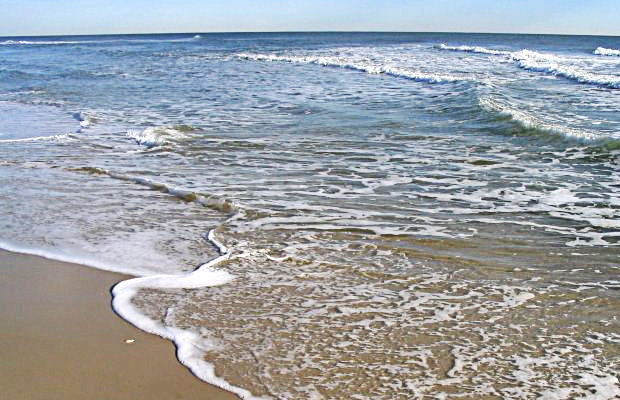 A waiter swings by with a plate full of fruity colored beverages. I pass while Zac and Dave try to figure out what's in them. I decide it's time for a swim and set off for the Atlantic Ocean, ten feet from our seats on the beach. I can't believe I'm on the Magic cruise for a second time; it's all surreal.

The water hits my toes first, and it's only slightly colder than I expected. By the time I've submerged myself I can't even tell. I kick back and let the salt water do the work of floating me along. Tomorrow, Azami's Familiar I'll give my presentation onboard the ship, but today? Nothing but relaxation on a beautiful beach.

How We Got Here; or, An Introduction to the Magic Cruise

In some ways, Steve Port is an unassuming man. He has a tall, Midwestern frame, and without asking you might never know he has significant martial arts training. He's the type of guy who speaks when something needs to be said and moves with purpose, knowing where he's headed and why he's heading there. Years ago he started a gaming organization called Legion Events. Steve's crew were the first to use projectors to broadcast round pairings on walls, a significant upgrade on pieces of paper taped somewhere to read them. His reputation for smoothly run events and his willingness to innovate gained him notoriety as a tournament organizer, and he was even picked up by Wizards to help manage events at Pro Tours.

It was the innovation drive that led to it all. The cruise, that is. You see, Steve wanted a marquee event to offer players that would be unique and incredibly special. Steve and his wife Lindsey hit on a plan: what if you rented space on a cruise ship and held Magic tournaments there? And thus was born the Magic cruise.

The event is open to the public, meaning anyone can go, and it first set sail in 2009. I snagged a spot on that boat by winning a Cruise Qualifier, which meant I got to go for free! (You can read my account about it for DailyMTG.com here.) The second event was even larger and set sail in 2010. Wizards R&D's Dave Guskin was on that trip and brought his tale of the adventure to this very front page as well. For 2011, Steve and Lindsey wanted to top the previous years, and picked a seven-day event in the Caribbean. When Steve called me to ask if I would be a V.I.P. on the ship as a media personality, I said yes without hesitation. A cruise with Magic, and all I had to do was give a seminar about something I love, my job? Done deal!

The event is, in a word, unique. After all, when was the last time you played Magic at a tournament site that looked like this? 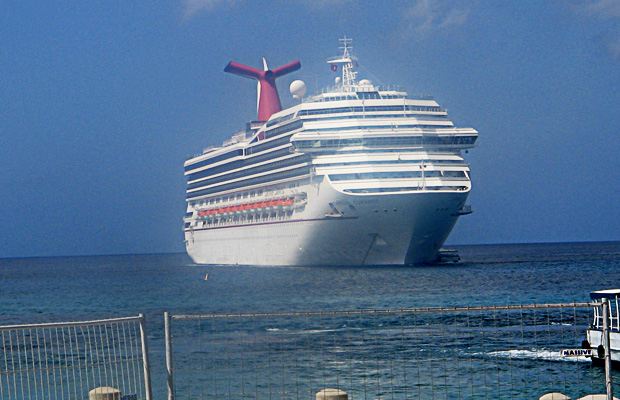 After a short trip to Texas, approximately a hundred of us set sail from Galveston for a tour around the Caribbean, surrounded by 2,900 fellow cruisers and about 1,000 staff members. During the days in which we were at sea we played tournaments, and in the evenings we drafted, caught shows onboard, and simply enjoyed hanging out with one another, taking in the adventure. We stopped at three port cities on three different days, setting aside our spells for the opportunity to experience the tropical world around us.

Our first stop? Jamaica. During the port stops you have the option of staying onboard the ship and being spoiled by world-class quality food served around-the-clock, leaving to explore on your own, or setting off on a specific adventure organized by professionals called an "excursion." Like Steve, I am also a Midwesterner (word up to my Iowa peeps!), so when I get the chance I like taking advantage of being in the ocean as much as possible. That meant hitting the waters to get some snorkeling in on the reefs in Montego Bay. Joining me were Wizards compatriots Jason Radabaugh (from the Magic Online team), Ken Nagle, and Dave Guskin (both in R&D). Here's the four of us before leaving for the day: 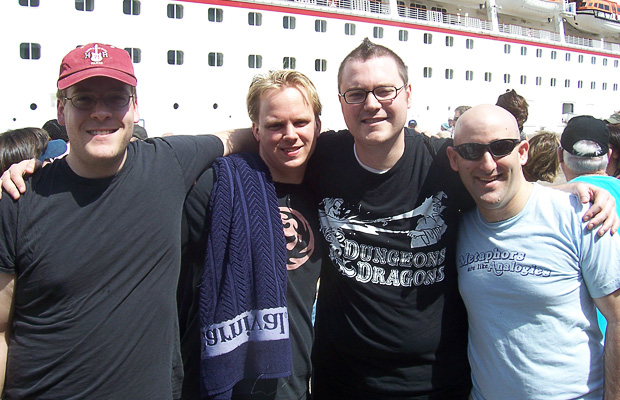 From L-R: Jason Radabaugh, Ken Nagle, myself, and Dave Guskin.

We set sail on a speedy catamaran and soon found ourselves soaking in the Atlantic Ocean, swimming and taking in the sights. Luckily, I brought my underwater camera and snagged some photos of the fish. Some fish looked less "fishy" than others, however.... 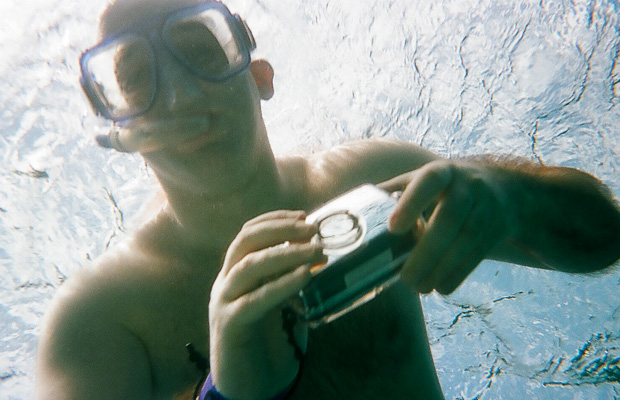 After an hour in the water we headed off to grab some lunch and then made our way back to the boat. That gave us enough time to see the sights closer to shore. Jamaica is famous for many things, but none are bigger than its music. The sounds of Peter Tosh and Bob Marley changed the music world forever, and their influences are still felt today. We took in a little bit of music on the way back, from a band welcoming us back on board the ship. 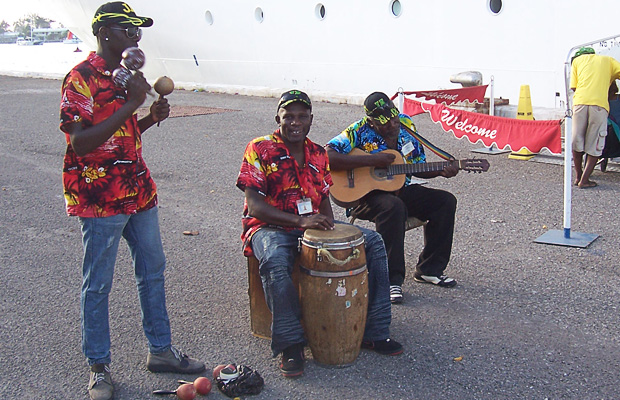 We weren't the only ones out and about that day. One adventurous group set off to zip line across the island, traveling to the very top of the land on a bus ride before zipping from tree to tree on lines that were as long as 1,000 feet. 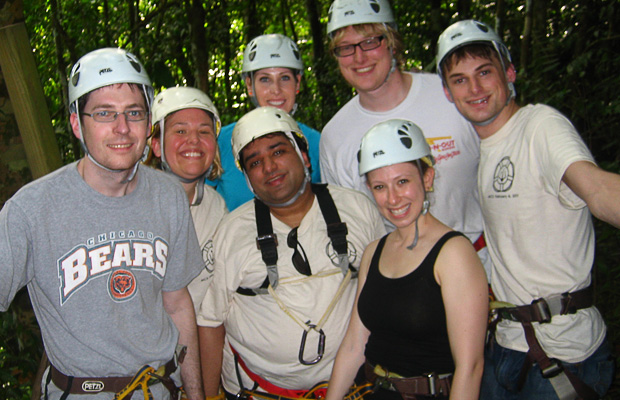 That night for dinner was one of two formal nights. Cruise ships are famous for their food, which is of high quality and served in excess. Your dinner table, with whom you sit and eat each night, has its own personal cadre of attendants to cover drinks, bread, food, and entertainment. The formal nights mean dressing up a little bit while taking in the experience. Here's a shot of some of us doing exactly that: 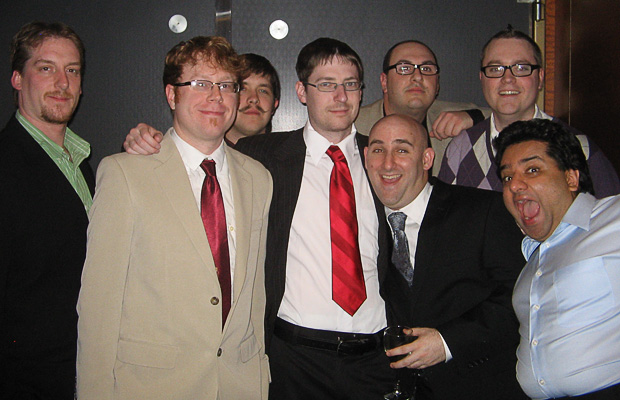 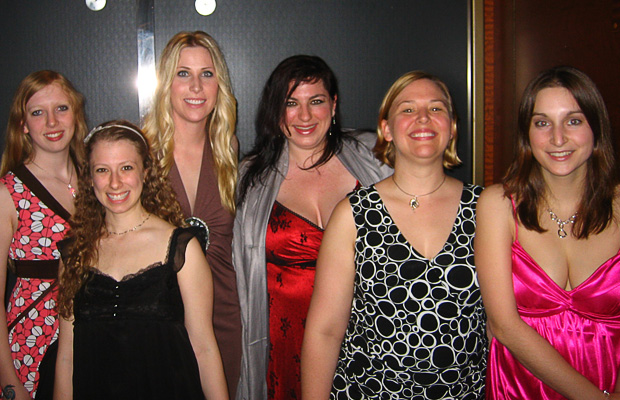 We also had a very special evening in plan, Magic-wise. One of the attractions to the cruise is the fact you get to interact with big names from across the Magic world. This includes not only professional players who take the time to talk to you about your game and work on decks with you, but also Wizards of the Coast staff who can answer questions about what it's like working on Magic for a living. That's what was in store for the evening during our first seminar: a Wizards of the Coast Q&A. I emceed the discussion, with cruisers asking all manner of questions of Lee Sharpe, Zac Hill, Ken Nagle, and Dave Guskin. 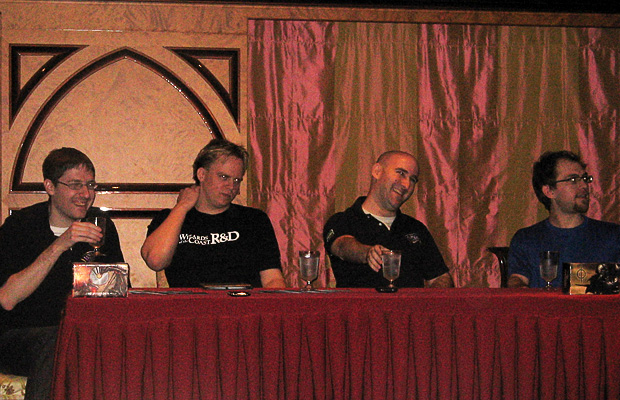 Our second stop took us to Grand Cayman in the Cayman Islands. Though I had gone snorkeling during our first stop in Jamaica, I wanted to get back in the water in Cayman. I switched things up a bit, however, by swapping out the first group I had gone with for my fiancée Jess and our friend Tanya who had come along with us on the cruise. We set off for a sandbar known as Stingray City. Why? Because it's home to tons of these: 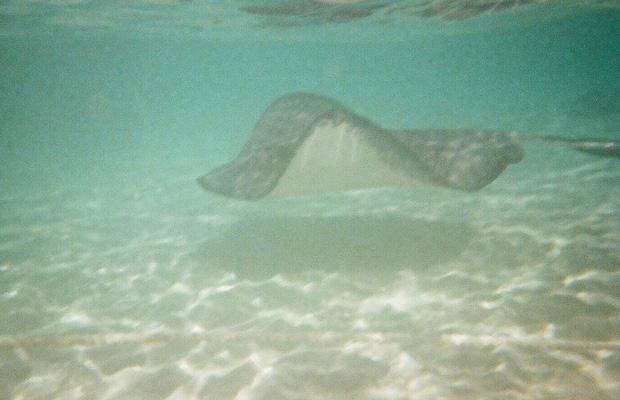 Contrary to popular belief, stingrays are mostly docile creatures who spend their day gliding through the ocean looking for tasty calamari treats. In Grand Cayman, they were much larger than I expected; instead of being the dinner plate sized creatures of my imagination, they were closer to the size of dinner tables! Standing in water only 3-4 feet deep, we got the opportunity to get up close and personal with them. Very up close and personal.... 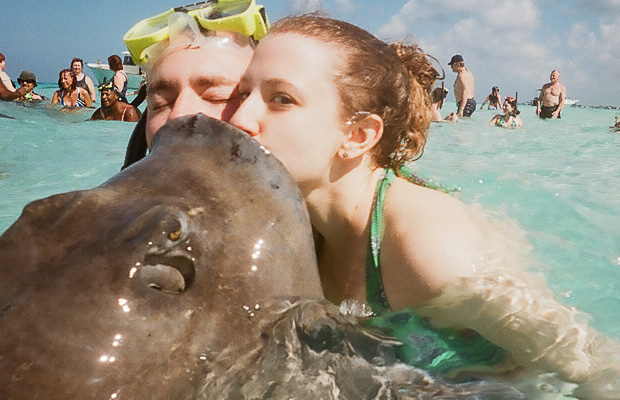 Jess and I get acquainted with a stingray.

Making out with a stingray is not your average vacation, especially not when you get to draft or play Commander later that night (and FYI, they feel like a wet portobello mushroom)! 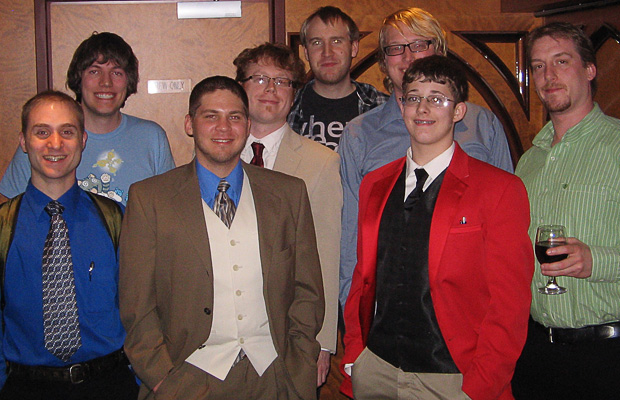 Brian Lynch, on his second Magic cruise, was the eventual champion. He took home a unique playmat and the title.

Two port stops down meant we only had one left to go....

After two busy days of swimming with friends and ocean fauna, I figured it was time for a break in Mexico. I hit the beach along with Zac Hill, Dave Guskin, Jess, and Tanya and took a break with lots of food, lots of drinks, and relaxing in the sand. We even ran into some friends we'd met on the boat.

I knew at the end of the day I would have to give the second seminar on the trip, a presentation and Q&A about how media has impacted Magic over the course of its history, but at least soaking up the sun on Mexico's beach I had a few hours of glorious relaxation before "working." I've been to a lot of places playing Magic around the world, but there is something extremely unique about being on a cruise doing it.

Now where did that waiter with the fruity drinks go?...

(Watch Legion Events' website for updates on next year's cruise!)