Magic at the EMP

ast Friday, a new exhibit opened at Seattle's EMP Museum, the "Fantasy: Worlds of Myth and Magic," of which Wizards of the Coast is a supporting sponsor. With props from a number of well-known fantasy worlds such as Middle Earth, Oz, Hogwarts, and Westeros, we were very excited to have art from Magic included in this exhibit. 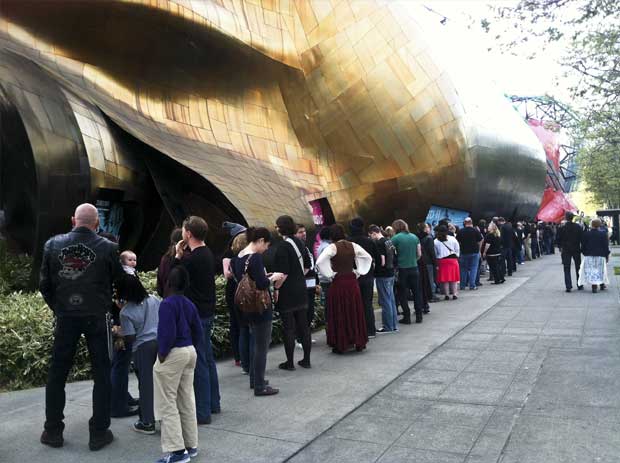 The grand opening event garnered an awesome attendance with lines wrapping around the building of attendees waiting for their first chance to check out the new exhibit. As part of the grand opening we sent out a few people you might recognize: 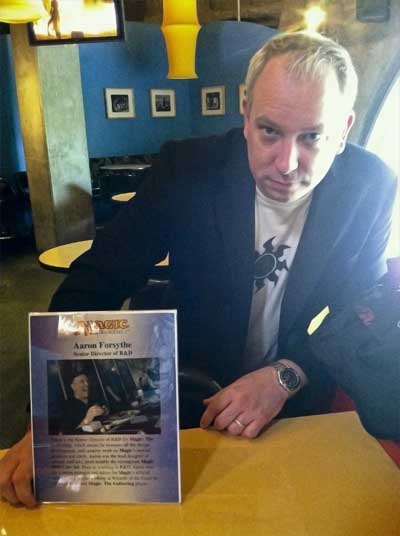 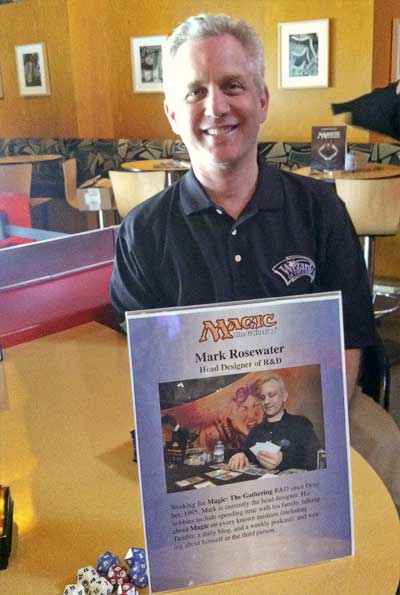 They were there to spellsling against all challengers. But we also had two of Magic's artists on site, both of whom now work inside the walls of Wizards: Matt Cavotta and Jeremy Jarvis. 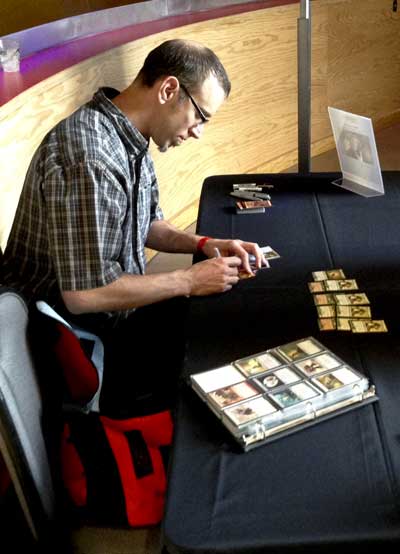 On top of that we had a handful of people there to give game demoes to attendees, of which there were many. We also gave attendees packs of Magic 2013 to take home and play with. Of course, Magic wasn't the only group there, one of the other main draws were the talks being given by well-known names including author Terry Brooks. 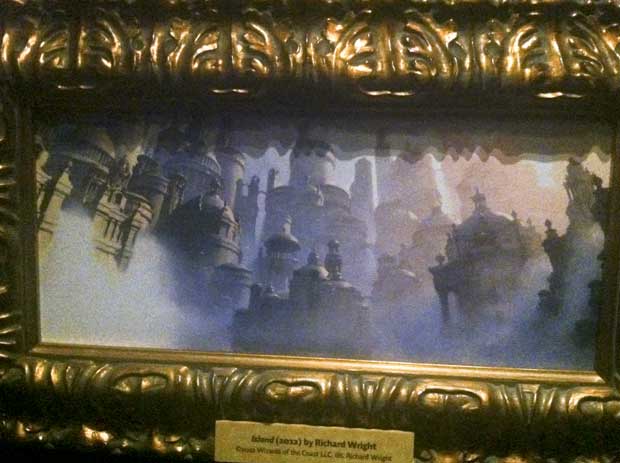 It was an awesome opening night but the art and display are still going on for weeks to come, so if you're in or around Seattle head down to the EMP and check out what all is on display there!