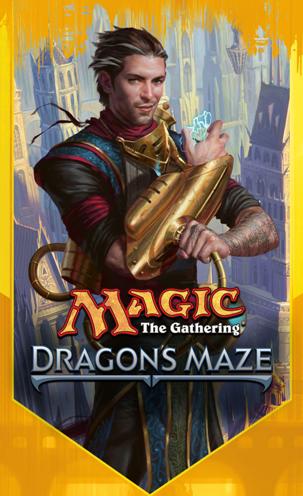 Ravnica's ten guilds are poised to run the Implicit Maze and unlock the power at its heart.

Stitched into the fabric of Ravnica's vast metropolis, the maze is the legacy of an ancient guildmaster, and the dragon Niv-Mizzet craves the advantages it could mean for his guild. The goal is obvious: Discover the secret route and complete the maze. But the bickering guilds will never cooperate, and each sends its own champion to claim the prize.

But Jace Beleren believes that the guilds are being tested. The maze hides some deeper truth, and Jace knows that the power balance of Ravnica—and the lives of its denizens—are at stake. Jace's potential allies have been captured, disgraced, or turned against him. Can he discover the truth behind the maze, while navigating the labyrinth of powerbrokers and conspiracies surrounding it, before the dragon can? Or will dark forces claim its deadly power for themselves?

Buy on Kindle | Buy on Nook | Buy on Google Play