What makes a player good at Magic? In Magic, the winner is not necessarily the one who knows the rules the best, nor the one who can think of playing options no one else would think of. Both can happen, but 90% of the time, playing well at Magic is more about limiting mistakes. When someone says “I’ve played perfectly well today”, you can be sure it’s wrong. Even Pros make at least one questionable play or mistake on every match. How can you avoid misplays?

One of the key is play testing, as when practicing, you get used to the situations you will face on tournaments. Learning from your mistakes and play testing intensively will prevent you from going for the wrong plays in tournaments. It is very important to identify and analyze your mistakes after making them – you always learn a lot from your mistakes. What I’m going to talk to you about today is the simplest way to limit misplays for everyone: gathering information. It’s about plays which most of the time seem irrelevant, but can cost you a lot. When you can have free information, always take it before playing lands, spells, attacking or anything. 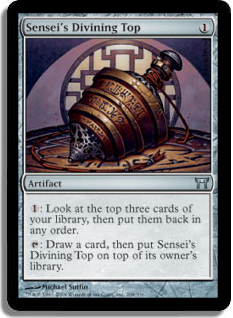 Let’s take a first example not farther than 10 days ago, from the Regional “Nord” in Douai, France, where I was there as a judge. These two guys are playing the last round, and the winner will make it to the French Nationals. Player A is playing Orzhov, he has 5 power on the table and just played Mortify on his Player B’s Yosei, so he won’t untap on next turn. Player B is at 5 life, he’s playing a Greater Good/Gift deck, he has tons of white and green manas in play, a Miren also, but no black mana. He also has a Sensei’s Divining Top on the board (top 3 cards are more white and green lands) and he’s holding 2 Goryo’s Vengeance in hand, so whenever he draws a black mana he’ll be able to reanimate his dragon twice and probably to win.
-Player B draws Forest, plays it. Mistake#1, he should have activated Top to see if card number three was a black mana. He then activates and realizes the third card is kind of crap.
-Player A untaps and passes, he’ll win next turn if nothing happens.
-Player B draws Forest, and plays it again. Mistake#2, when he understands what he has done, he takes his head in his hands, and scoops... Mistake#3, he looks at the top cards after the game, the third one was... Wrath of God. Yosei or Sakura Tribe Elder would have given him a chance too, he didn’t take it. Three mistakes in two turns for not seizing the information when it was right here in front of him cost him a missed ticket to his Nationals.

This is for the most visible part; now, let’s focus on examples of these plays you might almost not notice, and therefore think they don’t matter that much. Even Pros happen to make these mistakes sometimes. 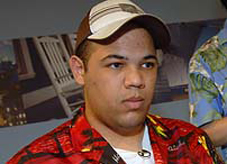 I’m playing against Osyp Lebedowicz in PT Honolulu, I’m Orzhov aggro, I’ve 3 guys on the board. Osyp is UR tron, and his lands are Island, Urza’s Mine, Steam Vents, Shivan Reef, Tendo Ice Bridge. He’s about to kill all my guys with Electrolyse + Pyroclasm. What is the right play?

He has to play Electrolyse first, for he can decide better whether he would rather take a counter out of Tendo or losing one life to Shivan Reef. When you can enquire, just do it. It probably won’t matter much in this case, but you should reach this state of mind while playing Magic – again, never neglect any free info, it will win you games.
Osyp chooses to play Pyroclasm first, it nearly changes nothing, but it could. 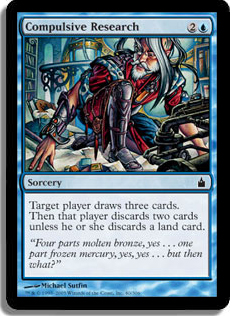 Another one from GP Barcelona last weekend where GP and PT semi-finalist Johan Sadeghpour (Sweden) has 6 lands on the table when I’m watching his game. He plays an Island, and then, casts Compulsive Research. I don’t even know what he has in hand, probably at least one land that doesn’t matter in his opinion, but here there is a huge piece of info to gather. What if he draws a spell he can’t play now? What if the Island he played was probably not the right land to discard in the end? What if Compulsive offers him a Bounceland he would have liked to play? Too late...

The most common mistake is to think these small things are not significant anyway. Any oversight does matter in Magic. A game is a combination of little details that can make the difference. If you can limit them, you’ll start every game with a slight advantage.

A final word to congratulate Helmut Summersberger (Austria) who won in Barcelona his second GP of the season, and to Raphaël Lévy (France) for his second Top 8 in a row.

I wrote this article not listening to any music. I tried to listen to The Rolling Stones/STICKY FINGERS, but my friends’ CD reader didn’t work.