My name is Ryan Spain. I fell in love with Magic back in 1994 after a scrawny teenager by the name of Marshall Sutcliffe, now on the coverage team, taught me the game by having us both play off of his 150-card red-green masterpiece. I was hooked by the first attack step. I played heavily for the rest of the decade, but when marriage and children began impacting my opportunities to play, I thought Magic might be fading from my life.

Enter Magic Online. I managed to grab a spot in the beta back in 2002, and it rekindled my passion for the game. I loved being able to play at almost any time, and having all my cards perfectly sorted and available across multiple decks revolutionized my deck building. Plus, Magic Online had all these great Limited events—something I had only dabbled in previously, but quickly became my favorite way to play. I loved it so much that I eventually started the Limited Resources podcast with the now-not-so-scrawny Mr. Sutcliffe.

Then last year, after a decade of designing video games, I achieved a longtime goal of combining my professional skills with my greatest gaming passion by landing a job at Wizards of the Coast as a digital designer in R&D. It is well-known that R&D designs and develops all of the Magic sets, but it is lesser-known that we have a digital division—R&D has a voice in the execution of all Magic experiences, not just the paper ones. I am that voice for Magic Online, and I couldn't be more thrilled to be here.

Not Cube, a Cube

One of the projects I've had the opportunity to use that voice on is the Magic Online Cube. Cubing is the art of designing and developing a large, singleton set from existing cards—typically among the most powerful ever printed—for use in various Limited formats, especially Draft. The feature I'm introducing today does not facilitate the art of Cubing, though, so it would be incorrect to say that Magic Online has "Cube." 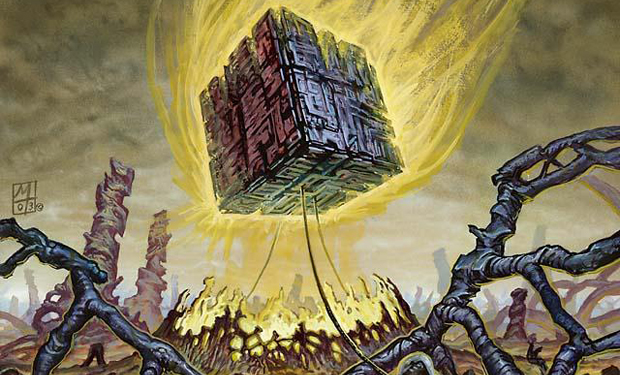 Magic Online does, however, have a Cube, and we can't wait to share it with the world. The Magic Online Cube was designed by Tom LaPille, a man whose passion for Cubing and contributions to growing and educating the Cube community helped earn him his job at Wizards of the Coast. Max McCall, a dedicated Cube enthusiast himself, led the development of the Magic Online Cube through many playtesting sessions—often stealthily conducted at local game stores. Tom will tell you all about the philosophy and process he and Max applied in an upcoming article, but know that they crafted this Cube with every bit of the pride, love and affection all Cubers feel for the experience they have created to share with others.

So when and how can you get your mouse on this experience? You can find the details and full card list in this initial announcement and subsequent follow-up, but I'll give you the bold strokes here.

A lot of thought and discussion went into these decisions, but in some cases the reasoning behind them might not be immediately clear.

Initially, we announced that Cube draft queues would be single elimination and have the 4–3–2–2 prize structure. We decided on this for a couple of reasons. First, we were concerned that adding multiple Draft queues would fracture the player base, making all queues fire less frequently. This would be a lose-lose for everyone, so we decided we wanted to start with just one Cube queue and see how it went. Since 4–3–2–2 queues are the most popular in Magic Online, it was the most logical choice. 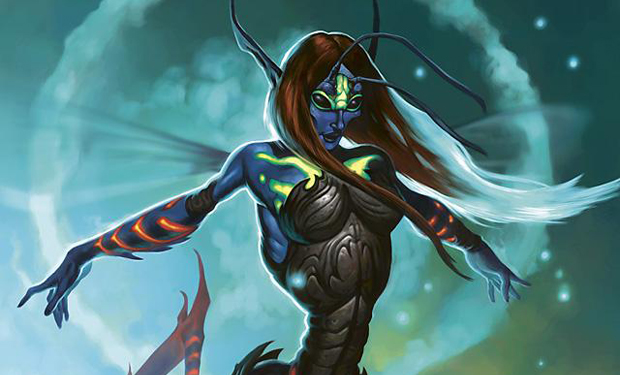 Also, while Swiss drafts provide the most total matches, they tend to attract more beginning-level Limited players than the other queues. We were concerned that players who were newer to Magic might join based on the Swiss structure, be overwhelmed by the sheer complexity of the format, and have a terrible experience. Furthermore, many competitive players dislike the relatively flat prize structure of Swiss Drafts and might not draft Cube at all if Swiss were the only option. Conversely, less-competitive players might also avoid Cube if the steep 8–4 prize structure were the only option. Given all the factors, we felt that 4–3–2–2 would serve the needs of the greatest number of potential players if we were limited to one queue.

After the first announcement, though, there was a strong outcry from the community about the lack of a Swiss queue. Playing for multiple rounds regardless of the individual match outcomes is an important part of the experience for many Cube enthusiasts, and we heard that loud and clear. I have been a vocal advocate of the regular Swiss Draft queues since their inception for the same reason!

The philosophy behind the preview weekend is to debut the Magic Online Cube and gauge the community response during a deliberately short window of availability. We decided to flip our initial plan by offering all three queues over the preview weekend, since doing so still adheres to this philosophy while responding to the desires of the players. Who knows, perhaps Swiss will be the most popular option this weekend! Only time—and you—can tell us.

The initial Magic Online Cube announcement didn't reveal the entry requirements for the draft queues, which led to a lot of speculation. Expectations fell between 2 and 15 Event Tickets in the feedback I saw, which is quite a range! Unsurprisingly, when we announced an entry requirement of 7 Event Tickets, the reactions ranged as widely as the initial speculation. When looking at entry options, the closest models we have on Magic Online for something like Cube are the eight-player Constructed queues. While that may seem counterintuitive when thinking about the introduction of a new Limited format, Cube and Constructed are similar in that neither requires opening boosters (at least not boosters that contain cards players add to their collections), and the entry requirement covers the experience plus the prize support. 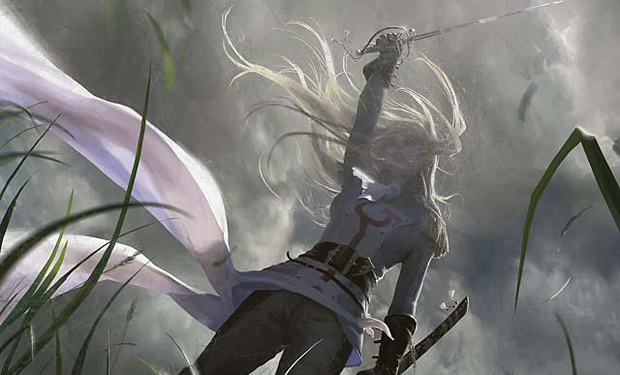 How did we end up at 7 Event Tickets for the Magic Online Cube, then? Why isn't it 6 Event Tickets like a Constructed queue? Constructed events require you to collect cards and build decks with them before you can participate: an act that fuels the heart of our business, and also requires time and effort up front from the players. Booster Drafts generate participation in this process as well, since opening boosters is part of the experience. Players build collections with the cards they open and can then engage in deck building, or they can trade those cards to players who will.

The Magic Online Cube, however, does not require building a deck from collected cards, or really a collection at all. It is exclusively a play experience that needs no planning or additional product. With this separation from the general Magic Online ecosystem, we felt that 7 Event Tickets was the right place to start for a unique play experience that includes full prize support.

For a Limited Time Only!

Another common response to the Magic Online Cube announcement was, "Why is this only available for a limited time?" There are a few reasons for this.

First, we want to roll things out carefully. Magic Online is like an aquarium containing many different kinds of fish, coexisting in a delicately balanced ecosystem. We like adding new types of fish to the aquarium, but such additions are best done gradually to make sure the ecosystem remains balanced, and that there is actually enough room in the tank. The Magic Online Cube fish is a particularly exotic one: it is the first event type with full prize support for which participation does not require either the opening of boosters or the construction of a deck. This is a big departure from the normal Magic Online ecosystem, so we're going to take it slowly. 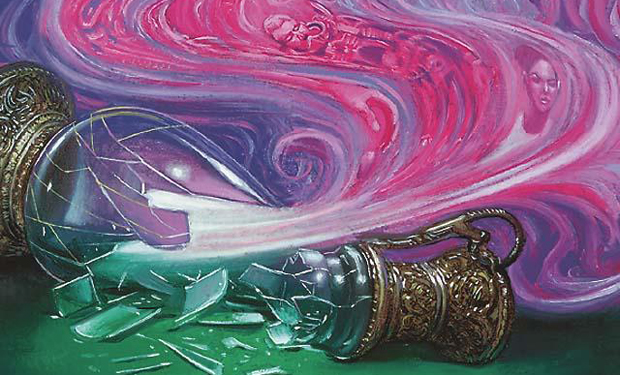 We also want the Magic Online Cube to feel as special as we think it is, and one way to accomplish this is to offer it with limited availability. In fact, this is already what we do with older Draft formats, both to avoid fracturing the player base with too many offerings, and to have the return of a beloved format feel like a present instead of something ever-present. While we are treating the Magic Online Cube like a past Draft format instead of a current one for now, it's entirely possible that at some point we may decide the best role for the Magic Online Cube is as a full-time offering.

What will the future hold for the Magic Online Cube? Clearly, a lot will depend on how it is received by the community, and how it impacts the "aquarium." While anything can change as new data comes in, we do have some intentions for the format. 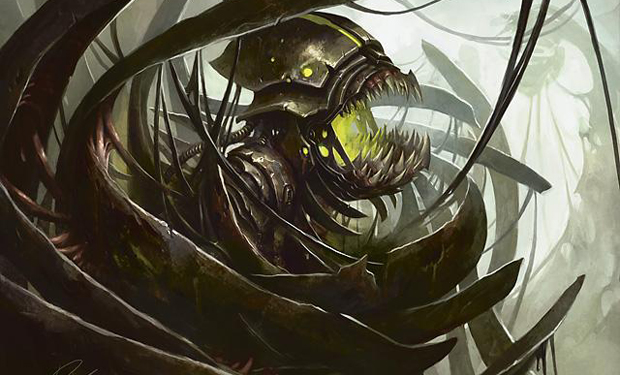 Several times a year, we want to update the Cube to add cards from new sets and to make any balance adjustments we feel are warranted. One interesting aspect of the Magic Online Cube is that it will quickly become the most played and analyzed Cube ever built. However, part of the appeal of Cubes is how they evolve and change over time, and the Magic Online Cube will be no different. It's tough to "solve" a format that is always changing!

We also recognize the desire many players have to be able to craft and play their own Cubes on Magic Online. Currently, the Magic Online infrastructure doesn't support this kind of behavior. As we work on future infrastructure projects, we will explore our options for enabling these types of player-focused features.

I hope this answers some of the common questions about the Magic Online Cube announcements, but I'm sure many of you have more to add. I will be watching the forum responses to this article, and I'll answer what other questions I can.

Thanks for reading, and I hope you give the Magic Online Cube a try! I've had a blast testing it on paper, and I'm honestly jealous that I can't hop into the queues with you this weekend. Until next time, good luck and have fun!