s the qualifier season for Pro Tour Gatecrash kicks off in a few weeks, we wanted to take the time to give you an overview of next year's plans for Magic Premier Play.

Let's start with the Pro Tour locations. The Pro Tour visits two new cities in 2013 and returns to a city that has always been a favorite among the players. Pro Tour Gatecrash will be held in Montreal, Quebec, on February 15–17, and the format will be Standard and Gatecrash Booster Draft. Pro Tour Dragon's Maze, the third set in the Return to Ravnica block, will be held in San Diego, California, on May 17–19, and will be Return to Ravnica Block Constructed and Dragon's Maze/Gatecrash/Return to Ravnica Booster Draft. The season concludes with Pro Tour "Friends" held in Dublin, Ireland, on October 11–13. The format in Dublin is Standard and "Friends" Booster Draft.

The number of Pro Tour Qualifiers will remain stable in 2013, with approximately 210 events per season across the globe. We will continue re-evaluating the location of these qualifiers to serve as many players as possible, including those based in remote areas.

Additionally, the player feedback we've received so far has been instrumental in identifying opportunities to increase the quality of the Pro Tour Qualifier events. In the coming weeks, we will be expanding the ability for you to give us direct feedback about qualifiers via a dedicated email address accessible from the Pro Tour Qualifier fact sheet.

Our growth plan for Grand Prix continues from the steps we took in 2012. For 2013, we are planning to run more than forty Grand Prix around the world: twenty-one in North America (including three in Canada), twelve in Europe, at least four in Asia-Pacific, three in Japan, and three in Latin America. These Grand Prix will be spread out across three seasons, with our goal being to schedule a region's Grand Prix evenly over those three seasons.

Improving the players' experience at all Grand Prix is at the top of our priority list; we will work closely with the various tournament organizers to offer Grand Prix attendees an exciting public event schedule and will look at additional opportunities to make the Grand Prix even better for the players.

For more information about the 2013 Grand Prix schedule, be sure to tune in to the inaugural World Magic Cup webcast from Gen Con on August 15–17, when we'll announce the dates and locations for the first three months of the schedule.

Gen Con is also the setting for the 2012 Friday Night Magic Championship. After closely monitoring player activity and listening to various players' feedback, we have decided not to continue the Friday Night Magic Championship in 2013. The main reason for that decision is we want FNM to be a social event where the atmosphere is less about fierce competition and more about having fun with friends while playing Magic.

Next year, the World Magic Cup moves from Indianapolis to Amsterdam, and will be held August 2–4. Our intention is to move this event to a new location each year, and with so many participating countries in Europe, it should make for an exciting event. As for the rest of the 2013 premier play offerings, locations and dates for the second and third batches of Grand Prix will be announced early next year. The location and dates for the 2013 Players Championship are also still in the works, with a summer target for that event as well.

Qualifiers for the 2013 World Magic Cup will begin in April 2013. Because invitations to these qualifiers are determined by Planeswalker Points, we wanted to let players know what those thresholds will be, even though the qualifiers themselves are more than six months away. The new World Magic Cup Qualifier thresholds can be found here. 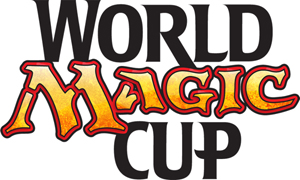 I would like to add a few notes with regard to the World Magic Cup:

First off, it is important to us that players representing their country at the World Magic Cup are truly active in the community. We believe that crowning the top pro as the National Champion helps accomplish this goal by rewarding a year-long achievement on the pro scene. The same reasoning applies to the thresholds set for the World Magic Cup Qualifiers; they require a certain level of activity but are set to be achievable.

Secondly, the World Magic Cup was designed with smaller countries in mind, as access to premier play is more complex in those markets. However, we need to make sure that there are a sufficient number of eligible players for the WMC qualifiers to be run in a given country. We therefore decided that any country on the 2013 threshold list that does not have forty players meet the qualification threshold by February 8, 2013, will be removed from the list and will not have WMCQ tournaments or World Magic Cup representation in 2013.

As mentioned earlier, our next premier play update will be the announcement of the Grand Prix schedule for the first three months of the year. Tune in to the World Magic Cup webcast at wizards.com/webcast and twitch.tv/magicprotour on August 15–17 for that announcement and the exciting action from Gen Con!

Note: The format for Pro Tour "Friends" has been changed since the original publication of this announcement. The format shown on this page reflects the current format of the event.