fter attending the Ravnica prerelease, you knew that this new multi-colored set was for you. And after opening Circu, Dimir Lobotomist, you also knew that the Dimir guild would be your new friend. With Ravnica finally legal to play in constructed tournaments, you went to your local card store and brought your fearsome deck filled to the brim with new cards. The tournament format of the day was Singleton (only one of any given card in your deck, except for basic lands), using the Standard card pool, and decks of exactly 60 cards required. You made notes of your matches so that you could later write a tournament report, but you forgot to detail exactly how you won several of your games. The information is all there, you just need to remember exactly what happened.

In each scenario, assume you are in your first main phase.

In the first round of the tournament you were paired against Vhati with the Golgari guild. The round came down to the third game and he had been dredging through his deck at a blistering pace while you'd been doing your best just to stay alive. The Dimir Infiltrator you drew this turn would probably keep you alive for one more turn, but that's about it. No matter what you did, his Golgari Grave-Troll kept coming back for more. And yet you recollect winning this game before the Troll had another swing at you. How? 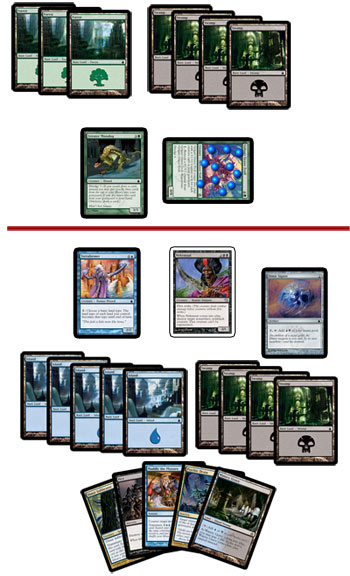 Your Graveyard:
No relevant cards. (This means that any cards in your deck list which may be required to solve a puzzle are still in your deck.)

Vhati had no cards in hand. Relevant cards in his graveyard include Grave-Shell Scarab, Nightmare Void, Life from the Loam, and 28 other cards, including 12 more creatures.

In your second match you played against Magnus with the Selesnya guild. Magnus bragged that unlike you, he was faithful to his guild, using only green and/or white cards. The initial two games were pretty straightforward. In an extremely long first game, Magnus's horde of token creatures eventually overran you before you could take control with your larger men. The second game was a breeze as Moroii flew in for a quick victory. In the final game you seemed to have the upper hand when time was called. You were on the final turn of the match (turn 5 of extra turns). A win this turn meant you advanced to 2-0, but failing to win right now would yield a draw, which would only put you at 1-0-1. What was your best course of action, assuming that you wanted to avoid a loss at all costs? 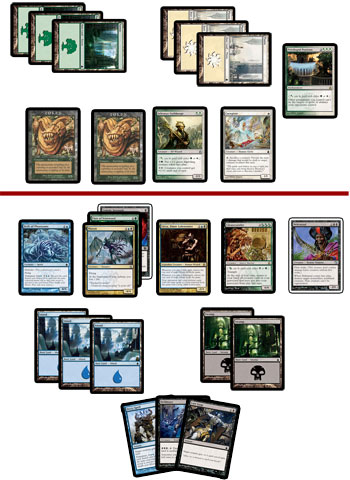 Your Graveyard:
No relevant cards

Magnus had 2 cards in hand (one of which was Lantern Kami), and no relevant cards in his graveyard.

In the third round of the tournament you faced fellow Dimir guildmember Lucrezia. You remember winning the first game in a spectacular fashion, using her own spells against her with Twincast and Mindleech Mass. The second game was a much tougher fight, though. On your last turn of the game, you needed help to survive, and you drew Gifts Ungiven. It turned out to be just the thing you needed. 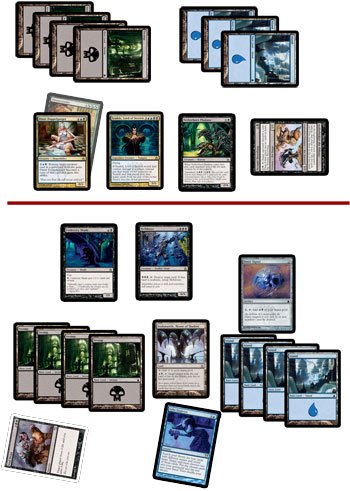 Lucrezia had no cards in hand and no relevant cards in her graveyard.

Soul Feast was in your graveyard.

In the final round, you dueled against Argus wielding (what else) the Boros guild. Despite your opponent using lots of new Ravnica cards, your games all came down to two older cards: Worship and Pithing Needle. In the first game you got locked under Worship and could not win before his creatures ran you over. In the second game, you managed to win before Argus dropped another Worship and sealed the match, or even before he had another attack phase. But how did you do it, without counting on any lucky draws? 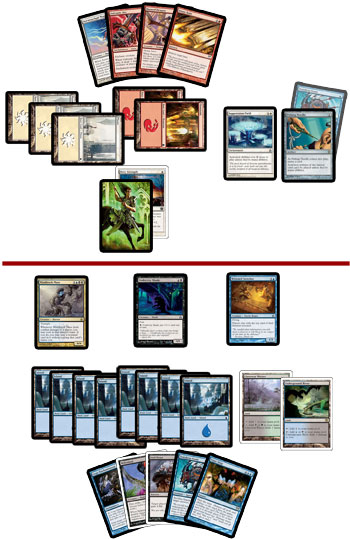 No relevant cards are in either graveyard.

It came down to the final game of the tournament. A win here would give you first place, but a draw or a loss would not. Again locked behind Worship and Pithing Needle, you saw that the cards in play and in your hand were not enough to give you a win without a little luck. Thanks to a Teferi's Puzzle Box, you know that the bottom 4 cards of your library are Psychic Drain, Golgari Guildmage, Spawnbroker, and Island, but you don't know anything about the order of the 24 cards on top of them.

What did you do to maximize your chances of winning this critical game before succumbing to Argus's creatures or your own Moroii? 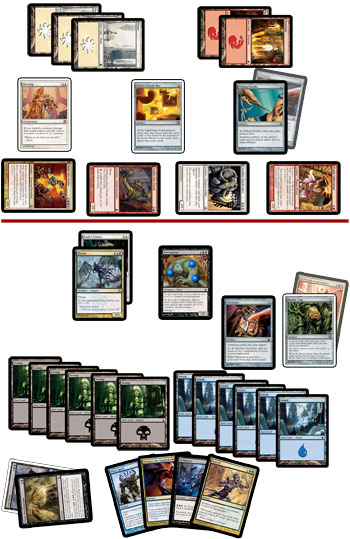 No relevant cards in Argus's hand or graveyard. He has 31 cards left in his library.

Extra challenge for math nerds: What are your odds of winning this game before Argus's next attack phase?

How did you fare in the tournament? Did you manage a victory? Of course you remember, but tune in Wednesday morning for the thrilling conclusion, as well as a bonus puzzle! Once again I thank Justin Sarnak for his help in testing these puzzles.

Until then, enjoy the new cards and have fun.