eople who were planning on going to Gravesend Magic's "Magic in May" convention were treated to this mysterious announcement:

In an effort to bring you something new...
...introducing probably the WORLD’S FIRST EVER...

IF YOU BUILD THE MOST CREATIVE AND ARTISTIC PIECE OF SCULPTURE, YOU COULD WIN A FABULOUS PRIZE!

Glen White's plan was to use up some of the extra cards that tend to accumulate at Magic events, and maybe create the World's Biggest Magic Card Menger Sponge. But we're more excited by the idea of Magic Card Sculptures!

First up, Daffydd Thurlow spent three and a half hours creating this sword. 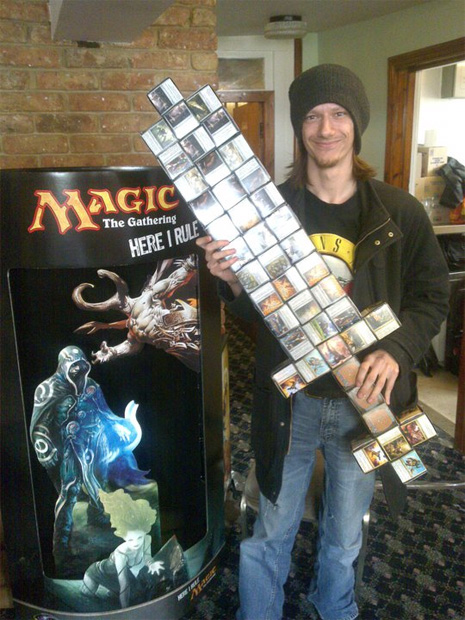 For his work, Daffydd won an Intro Pack. 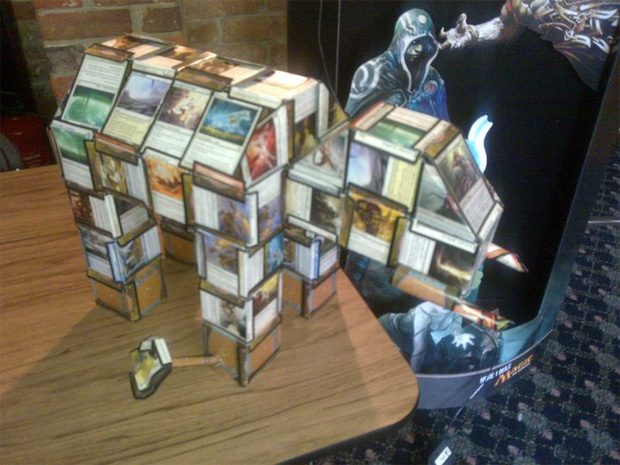 Note the snowspeeder zooming around the legs. Now that's attention to detail! 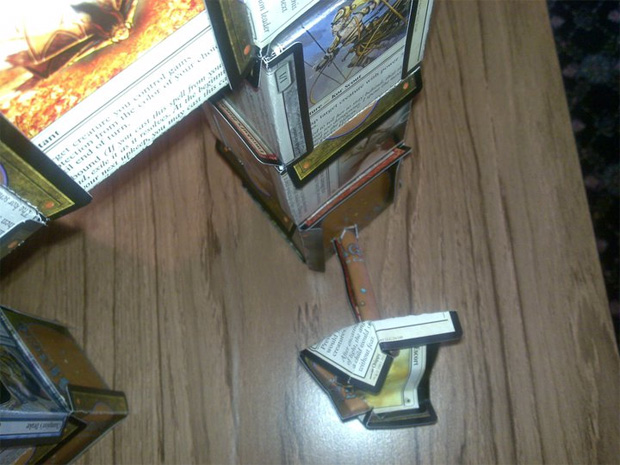 Rik's work earned him a copy of Phyrexia vs. the Coalition.

The winner was Nick Taylor, who created this terrific castle. 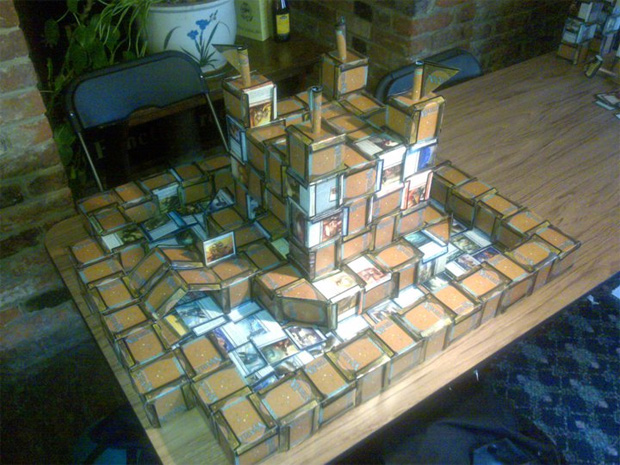 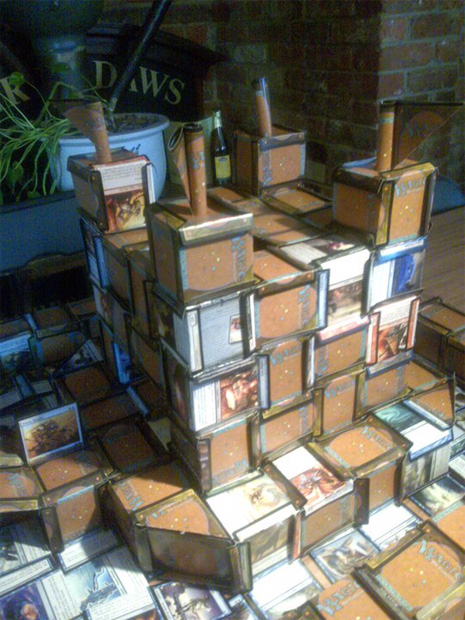 The key here is the attention to detail. The moat? Filled with blue cards. And there's even a knight defending the castle against marauding goblin hordes! 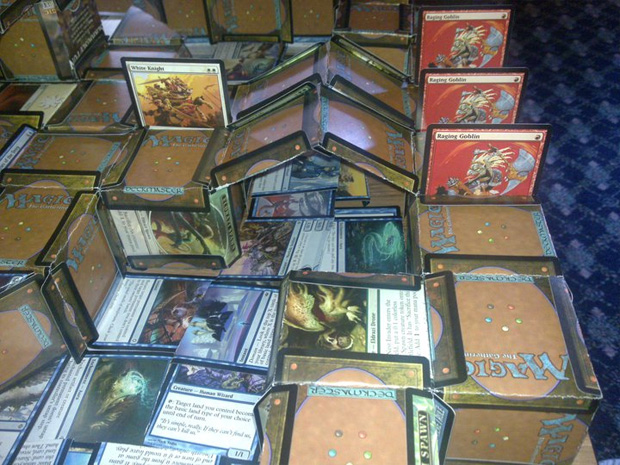 Nick won an uncut Magic sheet, which seems like a pretty good prize, doesn't it?

Congratulations to the three sculptors, and to Glen White of Gravesend Magic for coming up with a cool contest!