The following Pro Tour Hall of Famers and members of Wizards of the Coast R&D will be at Magic Weekend Paris in the Spellslingers area. Bring a deck and face off against them across multiple formats to win cool prizes! 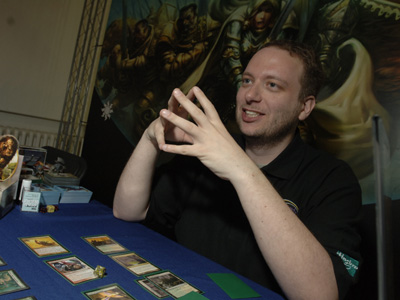 Mark is the longest-tenured Rules Manager in Magic history, meaning his brain may explode any minute now. Each set contains new cards, mechanics, and concepts that have never existed before. The Rules Manager's job is to mold the rules to fit those cards—and mold those cards to fit the rules—so the game in its entirety continues to function as a cohesive whole. Mark is involved with the development and templating of each new card set, updates the Comprehensive Rulebook, maintains the Oracle card database, creates FAQ's, and writes the "Planeswalker's Guide" videos. He is also a card designer who recently led his first design team.

As the Rules Manager, Mark has been involved with every set since Guildpact. In addition, Mark was on the design teams of Dissension, Future Sight, Shadowmoor, Conflux, Alara Reborn, and "Lights" (the fall 2010 set), and was the lead designer of "Camera" (the winter 2011 set).

Mark joined Wizards in 2000. An MIT graduate, Mark enjoys the constant opportunities to be randomly creative that working at Wizards affords him. In his spare time, he's a sporadic professional puzzlemaker who's been published in The New York Times, Games, Technology Review, and Wired. 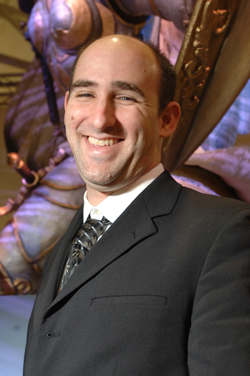 Dave manages the development team for Magic: The Gathering. He playtests upcoming sets and helps coordinate development teams for these sets and any digital projects. When he's not trying to find the most enjoyable ways to deal 20 damage (or 10 poison), he spends a good deal of his time in lively debates with his team focused on refining the game with the big picture in mind.

Dave is a developer on the teams for the Magic 2012 Core and "Shake" sets. He's also scheduled to be on the "Rattle" and "Roll" development teams. You will have to wait awhile before you see any of the cards he's designed or developed.

In 2006, Dave was inducted into the Magic Pro Tour Hall of Fame. He has competed in over 50 Pro Tours.

Dave is a relative newcomer to Wizards of the Coast, having joined the company in May 2010. Before joining Wizards, Dave worked for over six years as a game developer for Upper Deck, acting as the Director of Game Development when he left. Dave finished his undergraduate education at Harvey Mudd College before going to Massachusetts Institute of Technology to continue his focus on biology where he earned his Ph.D. in 2002.