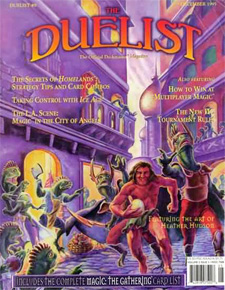 Back when I was a lad, before all this Internet business, we got our Magic news and strategy on good old-fashioned paper, in the pages of The Duelist. A lot of what's in those pages is interesting these days only as a historical curio, but a lot of it remains fresh and relevant today. Sure, a lot's changed with Magic over the last ten or fifteen years, but a lot has remained the same.

For example, there's this article, written way back in 1995 by a young buck named Mark Rosewater, who got his start at Wizards writing for The Duelist and later served as its editor-in-chief, and at the time of this writing had just joined Magic R&D.

The article tackles a problem that still exists: matching up decks for fun, exciting, balanced play. These days, Magic R&D designs and develops Duel Decks, specifically made to be balanced against each other. Back in 1995, if you wanted something like that, you had to make it yourself, and this article walks you through one process you might use to do exactly that.

As is often the case, the specific examples are more than a little dated, and it's very unlikely that you'd actually be able to build the specific decks Mark ends up with. (Nor is it likely that you'd really want to, as deck construction tech has advanced a long way in the meantime. Both of the decks below, for example, look more than a bit land-light by current standards.)

But you could easily start with the same goal—even with the same deck themes, if you want—and use more recent cards to build a fun, balanced pair of decks designed to duel each other.

This article originally appeared in Duelist #8 in December, 1995.

Two Games in One

have a theory. I believe that Magic is actually two different games: "competitive Magic" and "fun Magic." "Competitive Magic" has the goal of creating fine-tuned battle decks; the ultimate success in this game is to create a deck that never loses. "Fun Magic," on the other hand, has the goal of having a good time, and the number of wins and losses is inconsequential; the ultimate success in fun Magic is to create a deck that is always enjoyable to play.

Too often, we attempt to play one game with the tools of the other. This ends up being either boring (trying to play a "fun" game with a narrow, "competitive" deck) or disappointing (having a "fun" deck crushed in "competitive" play).

Finding competitive play is easy; you can seek out tournaments where the structure dictates that most players will be using competitive decks. But what if you just want to play a fun game? Even if you find another like-minded player, there is still a chance that your decks won't make for a fun game. How can you ensure two "fun" decks will be compatible? Simple—built them both yourself.

The idea of building compatible decks occurred to me about a year ago. I enjoy building fun, offbeat decks, and had earned a bit of a reputation for doing just that. As a result, my friends would often ask to use one of my own decks against me. After a few months, I realized that two of my decks in particular seemed to play very well against one another. The games were always very close, with a lot of give-and-take on both sides. My friends would even specifically ask to play one of these two decks against the other.

This got me thinking. What about these two decks provided for such a consistently fun game? The first deck, Igor, was what is known as a "reanimator" deck. Reanimator decks are full of big creatures which are brought into play primarily by animating them from the graveyard. The second deck, Sunshine, was a "machine" decks, a mostly artifact deck that generates massive mana to power cards that are "plugged in" to the deck.

As it turns out, both Igor and Sunshine were very slow and required time to get rolling. Because both decks had the same handicap, though, the disadvantage was canceled out. Also, both decks could deal with the key threat of the other deck: Igor always won by attacking with its animated creatures, while Sunshine tended to deliver its death blow with a very pumped-up Rocket Launcher. Sunshine dealt with Igor's creatures by destroying them with direct damage, while Igor dealt with Sunshine's Rocket Launcher by accumulating life faster than Sunshine could take it away.

Every game between the two decks had a lot of interaction as each side scrambled to keep from being overwhelmed by the other deck's resources. In short, each deck was equipped to handle the other, but neither preyed upon the other deck's weaknesses.

With a nod to Igor and Sunshine, let's try to build two compatible decks from scratch. We can build one to start, and then try to find a good companion for it.

First, let's pick an interesting, offbeat theme; this will give the deck flexibility and will keep play with it from getting stagnant. How about a deck that beats an opponent by turning all her resources against her? The deck would steal or copy the opponent's permanents and would turn her spells against her. Ideally, the deck would always defeat an opponent in the exact manner that the opponent had planned to win. Blue magic would have to be included, as theft and manipulation are both key strengths of blue, and a good secondary color would be red, as it has the next highest number of theft cards. I'll name our deck The Grinch, as it will survive by taking all your opponent's toys. 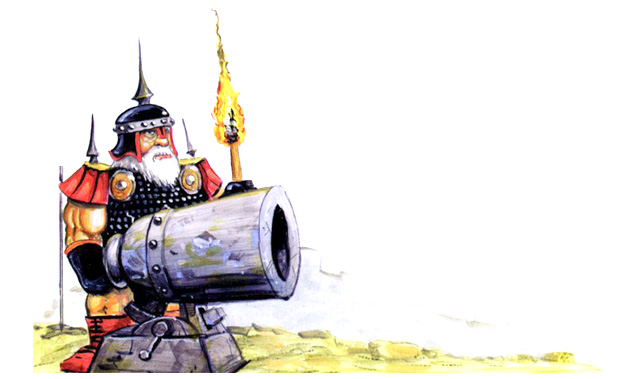 After we have a theme and colors, we can start choosing cards. Between blue, red, and artifacts, over twenty cards steal, copy, or redirect our opponent's resources. We're best off including one or two of most of the cards rather than just four of the best five or six. Repetition of key cards is okay (Igor, for example, had three Animate Deads and three Dance of the Deads), but variety will make the deck fun and flexible. Now that we have the shell of the deck, we should stop and figure out what the companion deck will be by analyzing The Grinch.

What are The Grinch's weaknesses? (Aside from Cindy-Lou Who, who was not more than two.) What kind of a deck would easily beat it? Since The Grinch survives by stealing things, it would obviously suffer most against a deck that had few permanents.

What are The Grinch's strengths? How is it most likely to beat an opponent? What threats can it easily deal with? The Grinch will most likely win by taking control of the majority of its opponent's cards and then using them to its benefit. 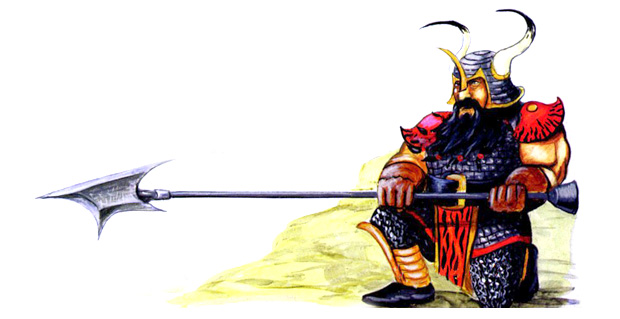 The key is to make the strengths of each deck struggle with one another. Since The Grinch is at heart a thief deck, it's going to thrive by taking things. Making the second deck very prolific, so that it churns out permanents very quickly, might create an interesting dynamic in which each side races to outperform the other. The companion deck would win only if it could swarm The Grinch before losing control of the majority of its creatures.

Given all of this, it seems that the best companion for The Grinch is going to be a swarm deck, with fast mana and small, fast creatures. We want to include green in this deck, as fast mana and cheap creatures are strengths of green. Also, green has Tranquility, which can deal with The Grinch's many enchantments. Black will make a good complementary color, as it can also be quick and has good swarming ability. In addition, black has the one ability we need that green is lacking, the ability to destroy creatures.

Finally, we need to find a fun theme that will bring together the creatures in the deck. It might be nice for the companion deck to grow as the game progresses, so let's put in all the creatures that gain +1/+1 counters over time (Whirling Dervish, Sengir Vampire, Fungusaur, Citanul Druid, etc.). As these all happen to be green and black, the theme fits the colors perfectly. I'll name the deck Friedrich, after the German philosopher Friedrich Nietzsche, who said, "That which does not kill me only makes me stronger."

Now that both decks have been defined, they'll probably need some final tweaking to make sure that each deck can handle the abilities of the other. After looking at Friedrich, it becomes apparent that it is a quicker deck than The Grinch. To help even this out, we can give The Grinch a few cards like Mana Vault to help the deck get started before Friedrich overwhelms it.

The Grinch vs. Friedrich: An Example of Well-Matched Decks

2 Old Man of the Sea

1 Sword of the Ages

Now that we have the rough versions of The Grinch and Friedrich, it's time to start playing with them. Find a friend at a similar skill level and give the decks a try. If one deck has some edge that allows it to win more consistently, tweak both decks until a balance is established. Also, if some cards in the deck seem to sit unused in players' hands, replace these cards with something more useful.

As you continue fleshing out the decks, remember that the goal is to make them as evenly matches as possible. If one card assures a victory every time it is played, we don't want it in the duel. If the decks are evenly matched, both players go in knowing that each has an equal chance of winning, and the skill of the player becomes more important than the strength of the deck.

Finally, keep in mind that the main objective is to have fun, so it's okay to constantly fiddle with the decks. You can even include different cards or card combinations you've always wanted to try just to see how they work. The ultimate test for a "fun Magic" deck is a simple one: after a duel, just ask "Was that fun?" If it wasn't, just tweak the decks and try again.