esterday, we looked at Mana Maze Solitaire, a solitaire variant of Magic developed by Mark Rosewater in 1995. Today, we have a puzzle based on those rules! 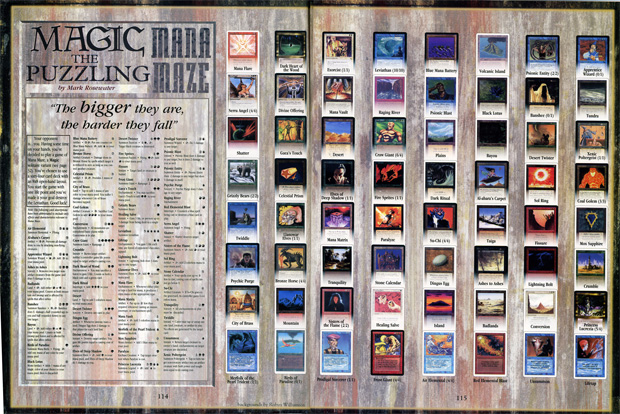 Remember, the rules of Mana Maze Solitaire are based on the rules of Magic in 1995, which means that mana burn is a thing that will kill you. Here we go! Take it away, 1995 Mark Rosewater!

Your opponent is...you. Having some time on your hands, you've decided to play a game of Mana Maze, a Magic solitaire variant. You've chosen to use a sixty-four card deck with an 8x8 open-hand layout. You start the game with one life point and you've made it your goal to destroy the Leviathan. Good luck!

(Start at this side)