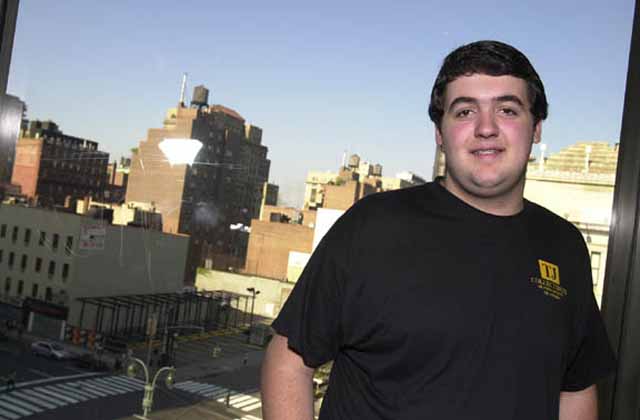 There was a definite sense of predetermination leading up to this game. Jason Zila had already played against three Survival decks in the Masters, and had won all the games comfortably. No one expected anything but a win for Zila.

William Jensen won the toss in Game 1, and elected to play. He got off to a good start, with a first turn Birds of Paradise, second turn Ophidian. With only a single land, Zila was forced to pitch a Force of Will. Jensen quickly followed up with another Bird of Paradise, a Quirion Ranger and a Tradewind Rider. Zila was not having any of that, and a Mana Leak saw the Tradewind Rider countered. Jensen followed immediately with another Tradewind Rider. Zila quickly removed the Tradewind Rider from the game with a Swords to Ploughshares. Jensen held a creature advantage, and proceeded to attack Zila for three damage a turn with the Quirion Ranger and an Uktabi Orangutan. The life totals stood at Zila 11 - Jensen 21 when Zila made the deciding play, a Morphling. Jensen tried to counter the Morphling with a Force of Will, but Zila had set the play up and Counter Spelled the Force of Will in turn. Jensen started taking 5 damage a turn from the Morphling, and under pressure had to chump block with the Birds of Paradise. He was also forced to counter a second Morphling. Jensen tried to find and answer to the rampaging Morphling with two Brain Storms, but none were to come. Zila took the first game.

Going into Game 2, Zila decided to sideboard out 11 cards. In came 4 Pyroblasts, 3 Annuls, 1 Wrath of God, 1 Seal of Cleansing and 2 Phyrexian Furnaces. It was no surprise that he took out 4 Wall of Blossoms (which he admitted were a poor choice for the deck). Also removed were 4 Mana Leaks, 2 Gaea's Blessing and a Disenchant. Jensen's sideboarding was simple. All four Back to Basics came into his main deck. A strong choice given that Zila played with no basic lands at all.

Going into Game 2, Jensen had an aggressive start, but Zila appeared to have all the answers. Zila Annulled Jensens second turn Survival of the Fittest. Jensen followed that up with a Back to Basics, which Zila countered with a second Annul. Zila also countered an Ophidian next turn. Zila was looking in control of the game, and with a Phyrexian Furnace in play he was stripping away the cards from Jensen's graveyard at a steady pace, limiting Jensen's chances of future graveyard manipulation. But then the game started to turn. Jensen played a Tradewind Rider, and when Zila tried to cast Wrath of God, Jensen countered it with a Mana Leak. Jensen followed up with a Back to Basics, a powerful play as five of Zila's six lands were tapped. Zila tried to counter with a Force of Will, but Jensen Counterspelled that in turn. Jensen then played a Spike Weaver and a second Tradewind Rider, while keeping Zila mana locked by returning his only untapped land to his hand every turn with the first Tradewind Rider. Zila was then slowly beaten down with the Spike Weaver. Jensen just came up with too many threats for Zila to counter all of them. He won the control battle to take Game 2.

Both players had elected to play best of three games instead of best of five. It was another indication that they didn't think that the match would be a tight one. So at one game each going into the final game, this was looking to be a tense one. Zila was the only player to sideboard, bringing back in a Disenchant and taking out a Phyrexian Furnace. The Back to Basics had obviously taught him a hard lesson, and he wanted to maximize his protection against the enchantment. 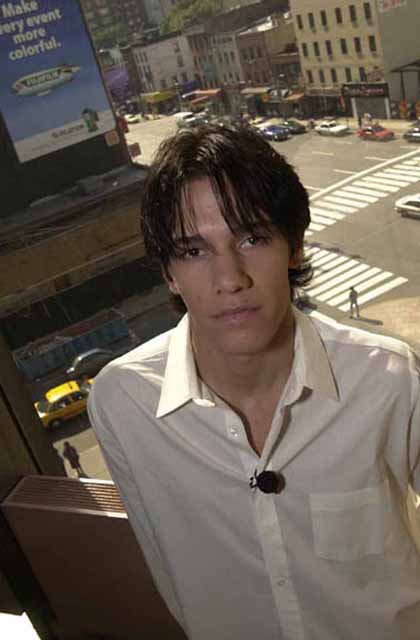 Zila elected to start game 3. He got an early Seal of Cleansing onto the table, which must have given him some confidence. Both players used Impulse as a search engine as they built up, Jensen playing the usual Quirion Ranger and Birds of Paradise in his build up. The Quirion Ranger actually did six points of damage to Zila before the game began to heat up. The first big counterspell battle began when Jensen tried to play Survival of the Fittest. Zila's two Annuls versus Jensen's Counterspell said that Survival of the Fittest wasn't going to be coming into play. Jensen then played a Spike weaver. When Zila tried to clear the table of creatures with a Wrath a God the second counterspell battle ensued. Jensen cast Force of Will on the Wrath of God. Zila responded with a Counterspell, which Jensen tried to counter with Force of Will. Zila responded with another Counterspell, but was ultimately denied by a Mana Leak. Five counterspells later and the Spike Weaver and all his buddies were still on the table, with no defence on Zila's side. That's when Jensen really put on the pressure. He played not one, not two, but three Back to Basics! Zila had a Seal of Cleansing to deal with one Back to Basics, but after three were played, and with only two lands untapped, he was in a dire situation. The Spike Weaver and the Quirion Ranger began a steady assault on Zila, and four turns later had put an end to Zila's hopes of becoming the first Masters winner. Jensen was crowned the Masters champion after the biggest and most unexpected upset of the Pro Tour New York weekend.

Congratulations to both players for their great performance in the Masters, and especially to William Jensen, the 2000 New York Masters champion.